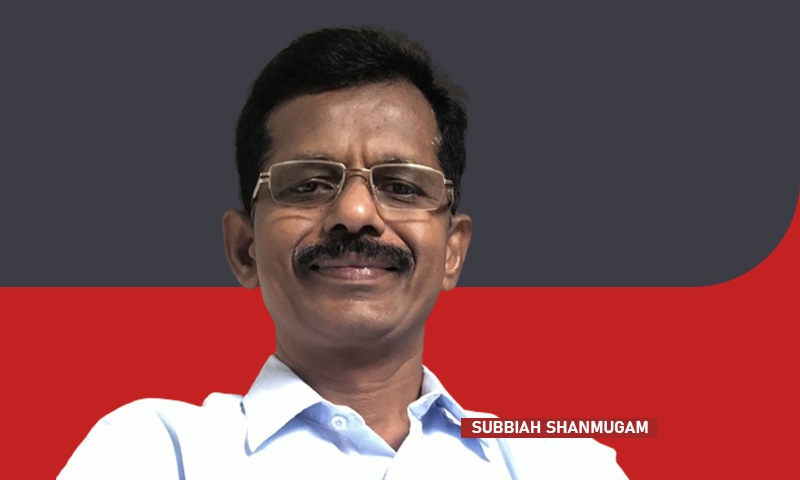 The Madras High court on Thursday granted regular bail to Dr. Subbiah Shanmugham, who was arrested in relation to an incident of urinating before a woman neighbor's house in 2020. The court directed Dr. Subbiah to appear before the investigating officer as and when required. Delete #BreakingJustice G. Jayachandran of Madras High Court grants regular bail to former ABVP National Chief...

The Madras High court on Thursday granted regular bail to Dr. Subbiah Shanmugham, who was arrested in relation to an incident of urinating before a woman neighbor's house in 2020. The court directed Dr. Subbiah to appear before the investigating officer as and when required.

Justice G Jayachandran, while granting bail observed that it cannot agree with the statement made by AAG J. Ravindran that there were no malafides in the arrest. Further, even though the statement of the witnesses were taken on 06.03.2022, the arrest was made on the representation made by the de facto complainant to the joint commissioner of police on 19.03.2022.

Previously, while granting interim bail, the court had stated that the arrest of the petitioner was patently erroneous, leading to violation of his fundamental right.

"It is further added that since the arrest itself apparently and erroneously made, the arrest will not give any ground for taking departmental action against this petitioner. Therefore, this Court grant Interim Bail to the petitioner herein. He should be released on executing bond for Rs.25,000/-(Rupees twenty five thousand only) to the satisfaction of the Superintendent of Prison, Chengalpet", the court had noted in the order.

When the court asked why an arrest was made more than 1.5 years after the incident on a Saturday, the AAG had submitted that the witnesses had given statements only on March 6 upon which the arrest was made. He further stated that there are no Saturdays, Sundays for Law enforcing agencies.

The proceedings were initiated on a complaint lodged by the nephew of the victim. It was submitted by the victim that after the incident took place on the night of 10th July 2020, they have come to an understanding and are living peacefully and do not intend to pursue the matter. However, her nephew, the de facto complainant stated that he wishes to continue with the prosecution. Both the victim and the de facto complainant were present before the court.

On a petition filed by Dr. Subbiah challenging his suspension from service, Justice D Krishnakumar has reserved orders. The Director of Medical Education had ordered the dismissal of Dr. Subbiah, on February 17, accusing him of violating the Code of Conduct for Civil Servants and having links with political movements.