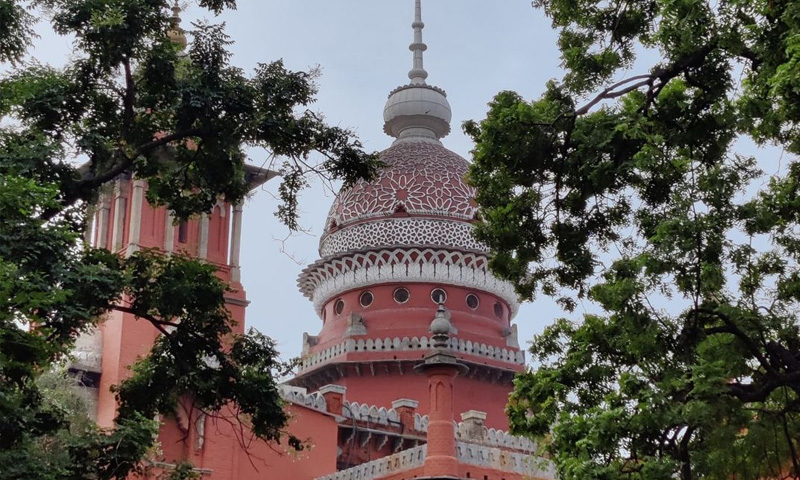 Madras High Court has held that the writ petition filed by Tamil Nadu State Marketing Corporation Ltd challenging the Assessment Order for the year 2015-16 is not maintainable. The court also clarified that the current order only touches upon the maintainability of the writ petition in reference to the notice under Section 148 of the Income Tax Act and the objections thereupon, and not the...

Madras High Court has held that the writ petition filed by Tamil Nadu State Marketing Corporation Ltd challenging the Assessment Order for the year 2015-16 is not maintainable.

The court also clarified that the current order only touches upon the maintainability of the writ petition in reference to the notice under Section 148 of the Income Tax Act and the objections thereupon, and not the merits of the case.

In the case at hand, the petitioner Corporation alleged that when a notice was issued under Section 148, the corporation replied by submitting its objections. However, according to the petitioner, an assessment order was passed directly instead of a speaking order on the objections submitted.

However, the first bench of Chief Justice Munishwar Nath Bhandari and Justice D. Bharatha Chakravarthy made a finding to the contrary as follows:

The court concurred with the decision in GKN Driveshafts (India) Ltd v. ITO (2002) by saying that when a notice under Section 148 of the Act is given, the proper course of action for the assessee is to file a return. The assessee can also seek reasons for issuing the notice. Then, the assessing authority should give reasons for reopening the assessment. When the reasons are received by the assessee, he can file his objections to the said notice. If that's done, then the assessing officer is bound to dispose of the same by passing a speaking order.

The court noted that the said settled position of law has been complied with by the officer while handling the case of the Corporation that is involved in retail vending of alcoholic liquor across the state.

During the Assessment Year of 2014-15, the Corporation paid the VAT amount of Rs.11,491.97 Crores as per the Second Schedule to Tamil Nadu Value Added Tax Act 2006 and claimed it as expenditure in the Profit and Loss Account. This was accepted in 2016 in an assessment order under Section 143(3) of the Income Tax Act.

The Principal Commissioner of Income Tax, Chennai then issued a notice under Section 263 to show cause as to why the earlier assessment order shouldn't be treated as prejudicial to the interest of Revenue. The notice stated that the charge of VAT levied on the State Government undertaking comes within the provisions of Section 40(a)(iib) of the Act. Therefore, it shall not be allowed as a deduction for the purpose of computation of income of such undertakings under the head 'profits and gains of business or profession'.

The show-cause notice was challenged by the petitioner and an interim order was passed in 2019. Before this, the petitioner paid the VAT amount of Rs 12,889.53 Crores for 2015-16 and claimed it as expenditure in the Profit and Loss Account like the previous year. The Corporation filed Original Return Income as NIL. This was processed under Section 143(1) and resulted in a refund of Rs.2,76,320/-. Afterwards, Respondent Revenue Officer issued a notice under Section 148 to reopen the assessment of income for the assessment year 2015-16.

Thereafter, the petitioner corporation filed the writ for quashing the assessment order. This was made by alleging that another show cause notice was issued without deciding on the objections submitted. The petitioner submitted that there was a procedural lapse and the writ petition was maintainable as per GKN Driveshafts (India) Ltd.

It is pertinent to note that a plea filed by the Corporation challenging the vires of 40(a)(iib) of the Income Tax Act, 1961 has been remitted back to the High Court by the Supreme Court after quashing the High Court's initial order that dismissed the petition.

Before parting, the court also granted the petitioner liberty to seek remedy by filing an appeal against the assessment order before the appellate authority within three weeks. However, the court also elaborated on the issue further as given below. The court mentioned that the appellate authority should expediently decide the legal issue regarding the acceptance of VAT towards expenditure on the income may become clear as to whether it is allowable or not:

"However, taking note of the peculiarity of the case, the respondents shall not take any coercive action against the petitioner till the disposal of the appeal and the appellate authority is directed to expedite the hearing and decide the appeal at the earliest..... This order shall not be taken as a precedent, as it is passed after taking note of the peculiar facts of the present case only"