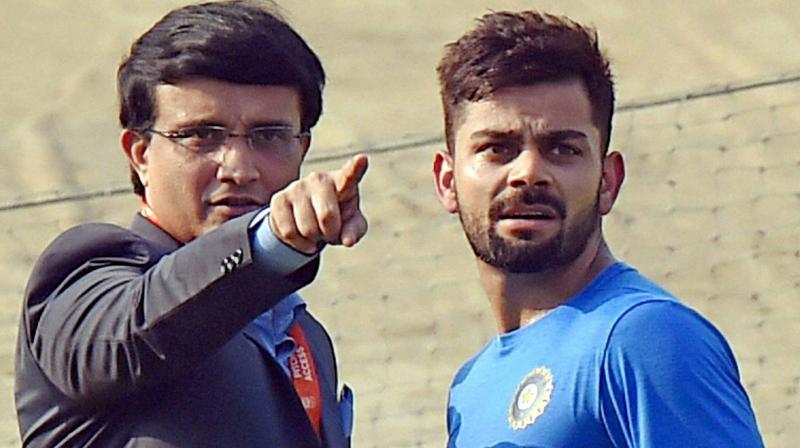 Notably, this order comes in a Petition, which has been moved in the Madurai Bench of Madras High Court by one Mohammed Rizvi through Advocate K. Neelamegamn Thuja alleging that after losing money in such apps, some youth died by suicide in various parts of India.

The plea alleges that "Online gambling is plunging Indians into penury and forcing people to commit suicides in these trying times".

The Plea moved by the petitioner has impleaded The Telecom Regulatory Authority of India (TRAI), Secretary, MEITY, Secretary UOI (Ministry of communication and information technology), The Home secretary, State of Tamil Nadu, DGP, Virat Kholi, Saurav Ganguly, Actors Prakash Raj, Tammanah Bhatia, Rana Duggubati and Sudeep and others as respondent parties
The Govt. Respondents acceted notices, while for the private respondents, the Petitioner Party was asked to serve them notices.

The plea states that,

"Online games groups are working against the sovereignty of India. Both the Central and State Governments are afraid to take action against the said online game groups. The Governments have not taken any steps to investigate the source of funds and Headquarters, Origin of Nation. The Online Games Groups for their personal benefit misusing the young population of India. Hence it is just and necessary to conduct detail probe in the above matter and ban online games, erred groups, Website and Social Network".

Specifically, the plea states that,

"The television channels and social media networks airing the advertisement for promoting Online Games and Gambling, the 10th (Virat Kohli) and 11th (Saurav Ganguly) Respondents are Famous Celebrity Star in the Indian Cricket Teams. And 12th to 15th Respondents (Prakash Raj, Tamannaah Bhatia, Rana Daggubati and Sudeep) are stars in the Cine field."

The plea lists out the disadvantages of Online games stating that it causes Behavioural and Mental changes, Lack of other hobbies and poor academic performance, Lethargic nature leading to weight gain, Gaming addiction can slow down brain growth and Gaming addiction negatively affects eyesight and also results in Insomnia.

The plea highlights that

"In the month of August and September Government of India banned 224 Chinese apps including PUBG Mobile, TikTok, Weibo and mobile apps having Chinese links and citing security reasons.The apps are prejudicial to sovereignty and integrity of India. For safety, security, defence, sovereignty & integrity of India and to protect data & privacy of people of India the Government has banned 224 mobile apps"

The Plea prays before the Court that the Respondents are directed to ensure that online games, particularly for kids, comply with best international standards, regulations and practices and Safeguard the Indian Youths from the unwanted Social Media Network, Cybercrimes & Online games, cyberbullying, violence, and xenophobia, pending disposal of the above Writ Petition.

It may be noted that the Rajasthan High Court on Friday (16th October) dismissed a writ petition filed in the nature of a Public Interest Litigation against Dream 11 Fantasy Private Limited, alleging that the game being played on the platform is nothing else but "betting" on the cricket team.

Also, The Gujarat High Court has recently observed that the present legal framework in reference to gambling should be regulated to include virtual/ online/ Cyberspace gambling.