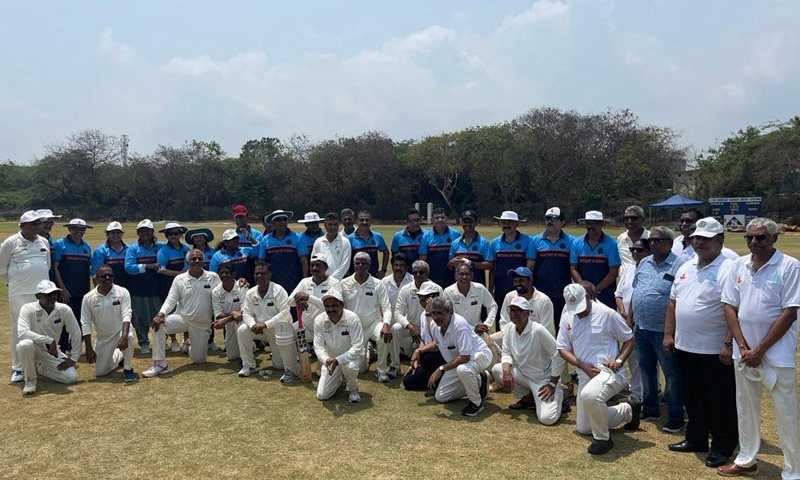 In a Twenty20 (T20) fraternity cricket match between the judges of Madras High Court and Kerala High Court, the former has emerged victorious, winning the match by 7 wickets.With the match-winning innings of Justice S. Vaidyanathan who scored 27 runs, Madras High Court easily reached the target total of 105 runs in 16.2 Overs.The Kerala Bowlers also displayed great sportsmanship by trying to...

In a Twenty20 (T20) fraternity cricket match between the judges of Madras High Court and Kerala High Court, the former has emerged victorious, winning the match by 7 wickets.

With the match-winning innings of Justice S. Vaidyanathan who scored 27 runs, Madras High Court easily reached the target total of 105 runs in 16.2 Overs.The Kerala Bowlers also displayed great sportsmanship by trying to put the winning team under pressure and trying to take wickets till the end. Justices Abdul Quddhose and G. Chandrasekahran also made a mark by scoring over twenty runs each and supporting Justice S. Vaidyanathan in the run chase.

The match was live telecasted on YouTube from Chemplast Cricket Ground in IIT Madras from 6.30 AM today.

Kerala High Court Team won the toss and elected to bat in the pleasant weather under the partly cloudy skies of Guindy. Though the wickets were continuously falling at one end, Justice Raja Vijayaraghavan scored an impressive thirty out of twenty-four balls before getting retired out.

Justice Abdul Quddhose of the Madras High Court Team had a tremendous bowling spell, especially towards the final overs, with Kerala's lower-order batsmen struggling to go for the big shots. All-Rounder Justice Quddhose took four wickets while only conceding twenty runs in the four overs he bowled. Justice M.S Ramesh and Justice Satish Kumar of the Madras Team were also instrumental in restricting the flow of runs and taking one wicket each. At one point, the aggressive bowling by the Madras Team left the Kerala Team in a defensive position with the scoreboard showing 34/5.

With the help of the innings played by Justice Raja Vijayaraghavan, combined with Justice Amit Rawal's effort to hold the fort in final overs, Kerala Team put up a decent total of 104 runs after losing nine wickets.

At the beginning of the Madras Team's Innings, Kerala Team gave hope to the cheering spectators with an early breakthrough from Justice Bechu Kurian Thomas. Though medium pacer Justice Kurian's swing bowling dismissed Madras Team's promising Batsman, Justice N. Anand Venkatesh, the Kerala Team was unable to shake the middle-order or create panic by lowering the net run rate required. At the winning moment, Justices Abdul Quddhose and Justice M Govindaraj stood at the crease, after creating an instrumental partnership that made Madras reach the target.

The game also saw some top-notch fielding effort from both sides, with the high-spirited judges running across the field to prevent the bullet shots from crossing the boundary line and making accurate throws to the wicket.

In a short function afterwards, attended by the judges and their family members, mementoes were given to the Kerala High Court Judges, Advocate General and Bar Association President.

The Prize distribution function will be held at Mahabalipuram this evening.