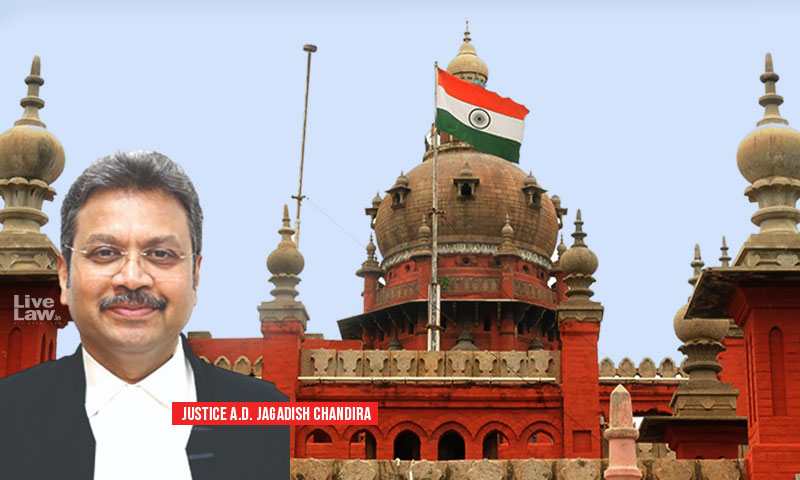 The Madras High Court on Friday set aside the detention order passed by the Juvenile Justice Board, Thiruvallur against a 15 years old child in conflict with law, observing that the order was passed in a hasty manner without going into the genuineness of the matter. Justice AD Jagadish Chandra also observed that a child offender should not be given punishment based on the kind of...

The Madras High Court on Friday set aside the detention order passed by the Juvenile Justice Board, Thiruvallur against a 15 years old child in conflict with law, observing that the order was passed in a hasty manner without going into the genuineness of the matter.

Justice AD Jagadish Chandra also observed that a child offender should not be given punishment based on the kind of offense he/she has committed but should be given an individual treatment that is reformative in nature and which is based on his/her need, psychological and social background.

The court also opined that the parents, teachers, schools, community, and law enforcement agencies need to understand, prevent and reduce risk factors that may push children towards adopting behaviors that may harm them. The court further observed that no child is born criminal and it is his/her social factors that make them do acts against the law.

"Juveniles involved in crimes are not criminals; in fact, they are victims of society in some cases. Juvenile delinquency can be stopped at an early stage, provided special care is taken both at home and in school. Parents and teachers play a major role in fostering the mind of a child. Instead of labeling them as criminals or delinquents, importance is to be given on understanding the needs of children and give them a scope for modification. The problem of child crime like many other social problems is linked up with the imperfections and maladjustment of our society."

The court also opined that every child who comes in contact with the Juvenile Justice system must be treated as a child who falls out of the protective net and has been robbed of an opportunity of safe and secure childhood. Thus, the approach of the system must be aimed at addressing the vulnerabilities of children and ensuring their rehabilitation. In fact, reform and rehabilitation and not punishment is the guiding principle of the Juvenile Justice (Care and Protection of Children) Act, 2015.

The court also considered how the pandemic situation has had an impact on everyone and especially on the mental health of the teenagers. When the families were trying to cope up with financial losses during the pandemic, they often forgot to consider the mental health of the teenagers. This is evident from recent events happening in the country where the students are even severely misbehaving with teachers. The court therefore suggested that the State involve the Education Department and the Social Welfare Department in an effective manner to look into this matter.

The Criminal Revision Petition was filed by the Petitioner against the order of the Juvenile Justice Board, Thivallur wherein the Board had directed him to undergo detention for a period of three years for the offences punishable under Sections 5(j)(ii) read with Section 6 of Prevention of Children from Sexual Offences (POCSO) Act, 2012 merely by observing that the child had confessed.

After both the petitioner and the victim girl had a quarrel with regard to the paternity, the mother of the victim lodged a complaint based on which a crime was registered against the petitioner.

The case of petitioner was that the order of the Board was a non-speaking, cryptic order passed in a mechanical manner without following due procedure. The Board failed to analyse the mental health status of the parties involved. The delay in lodging the complaint was also not considered by the Board. It was also contended that the age of the victim child was not conclusively proved. The petitioner also submitted that he was not given a chance to prove his case in a fair manner and the order was passed merely upon the statement given by the petitioner and treating it as a confession.

The court observed that though the confession of the petitioner/child in conflict with law was recorded on 15.8.2019, the charge sheet was made ready only on 3.8.2020 and the order of detention came to be passed on 17.3.2021. Therefore, the time limit specified under Section 14(2) of the JJ Act was not complied with.

It was also observed that, none of the witnesses had been put to test by conducting a full-fledged trial before the Juvenile Justice Board. Most importantly, the age of the victim girl which is the basis for attracting the offence punishable under the POCSO Act was also not proved.

The court observed that the possible conclusion that can be gathered based on the facts is that an infatuation of two adolescents had been given criminal colour and one of them has been penalized. The court further opined that the order of detention should have been made as a last resort after making reasonable inquiry as specifically mention in subclause (xii) of Section 3 of Juvenile Justice (Care and Protection of Children) Act, 2015.