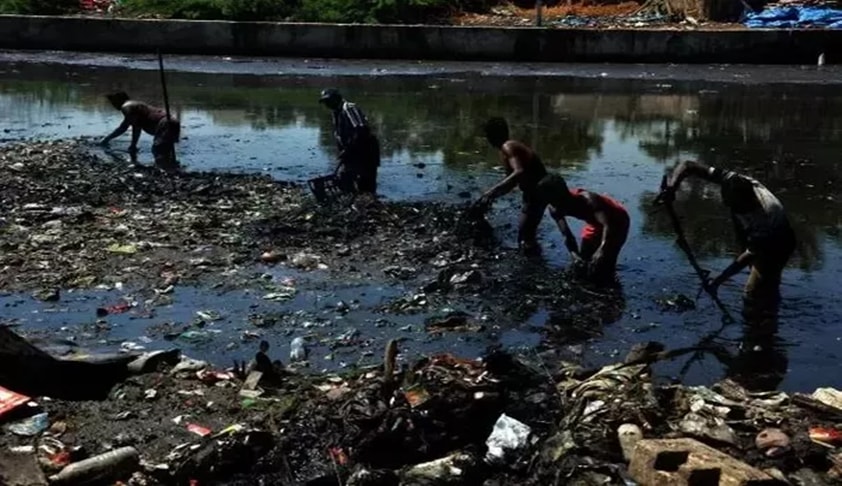 Today, Madras High Court has directed the state to submit a report detailing i) the quantum of compensation paid to the families of deceased manual scavengers so far, and ii) rehabilitation measures undertaken for the benefit of family members of those manual scavengers. The court was hearing a batch of petitions preferred seeking directions to ensure the eradication of manual...

Today, Madras High Court has directed the state to submit a report detailing i) the quantum of compensation paid to the families of deceased manual scavengers so far, and ii) rehabilitation measures undertaken for the benefit of family members of those manual scavengers.

The court was hearing a batch of petitions preferred seeking directions to ensure the eradication of manual scavenging along with increasing the quantum of compensation and ensuring rehabilitation measures for the families of deceased persons.

Today, the Government pleader for the state submitted that a status report has been filed pursuant to the court's directions on 10th November.

The state also sought two weeks time for enumeration of the manual scavengers. The status report also stated that undertakings have been taken from all the Municipal Commissioners to the effect that they won't employ manual scavengers.

Additionally, it was also submitted that the state requires six weeks' time to arrive at a decision about the quantum of compensation payable to families of deceased manual scavengers. The Government Pleader reasoned that the Chief Secretary had called for a meeting, and there was a consensus that the amount of compensation can be increased every three years. However, to determine the percentage of increase every three years, additional time is required.

On 10th November, the bench of former Chief Justice Sanjib Banerjee and Justice P.D. Audikesavalu opined that Rs 10 lakhs compensation for sewer deaths as fixed by the Supreme Court in 2014 may be inadequate.

"State could consider 2014 as the base year and then peg the increase to the rise in wholesale price index or any other relevant index for determining the appropriate amount of compensation", the court had noted then.

Today, appearing for Safai Karamachari Andolan, Advocate Srinath Sridevan drew the court's attention the final list of recommendations made in April, 2021 for the welfare of manual scavengers. He added that the current litigation is not adversarial in nature. He also submitted that local bodies are the biggest culprits in propagating manual scavenging. According to him, local bodies engage contractors to send the persons down the sewers, bypassing the Prohibition of Employment as Manual Scavengers and their Rehabilitation Act, 2013.

In response to this submission, the state iterated that the practice of engaging manual scavengers has been put to an end. It was also submitted by the Government Pleader that all measures will be taken to maintain the said position as it is in the future.

" We have received affidavits from all municipal commissioners that they won't engage manual scavengers. Even the newly elected Municipal Commissioners will be directed to furnish affidavits to that effect", said the Government Pleader.

Advocate Srinath Sridevan also mentioned that he had information pertaining to the deaths of two manual scavengers in Tiruppur while they were working inside a septic tank.

The court responded that it could be the result of manual scavengers being engaged by private persons.

The counsel for Safai Karamchari Andolan replied that since March, local bodies have been careful not to endorse the practice of manual scavenging. However, since the litigation intends to achieve rehabilitation and reparations along with the facet of prevention, further steps are required, added the counsel. Even the quantum of compensation for death is not uniform and it can vary from Rs 40,000 to Rs 10 lakhs, added the counsel.

Advocate Srinath Sridevan also informed the court that the Government has not been serious in prosecuting those who have been named in the FIRs registered for employing manual scavengers.

While directing the state to submit a report on compensation for deceased persons and rehabilitation measures in four weeks, the court has also indicated that the details pertaining to the pending FIRs can be collected and analysed afterwards.

The matter has been listed for further proceedings in January.