Marriage Not For Mere Carnal Pleasure, But Mainly For Progeneration: Madras High Court 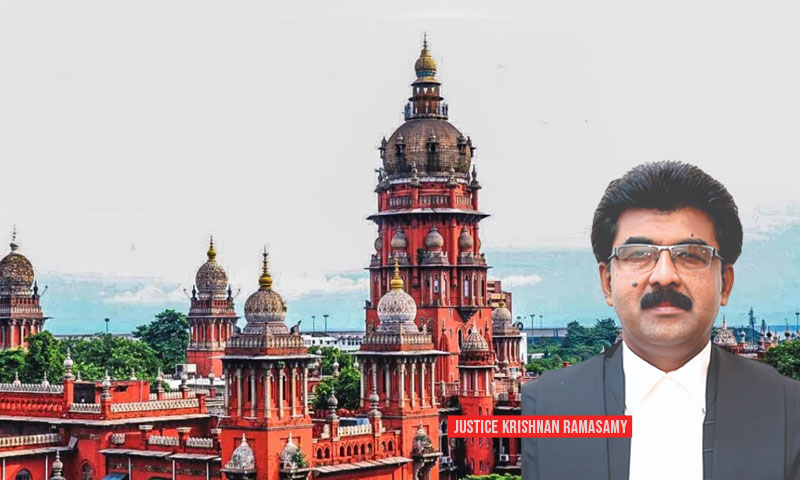 Dealing with an estranged couple's case related to the custody of their children, the Madras High Court in a recent order said marriage is not for "mere satisfying the carnal pleasure" but mainly for the purpose of progeneration. "...this Court would like to stress and impress upon the persons, who have tied the marital knot that the concept of marriage is not for mere satisfying...

Dealing with an estranged couple's case related to the custody of their children, the Madras High Court in a recent order said marriage is not for "mere satisfying the carnal pleasure" but mainly for the purpose of progeneration.

"...this Court would like to stress and impress upon the persons, who have tied the marital knot that the concept of marriage is not for mere satisfying the carnal pleasure, but it is mainly for the purpose of progeneration, which leads to the extension of the familial chain. The child born out of the said wedlock is the connecting link between the two individuals, who have been united over a sacred oath, taken by both," said the court, while parting with the order.

Justice Krishnan Ramasamy was dealing with a petition filed by a woman, lawyer by profession, for interim custody of her two minor sons from her husband, who is also a lawyer.

Stating that though courts are mindful of the interest of the child, Justice Ramasamy said it is "to be lamented" that the law leaves the child "with only one hand, rather than two". The court also said child "brought into this vicious world through the act of the two individuals for their pleasure" is made to suffer for no fault of his.

"Law can satisfy the ego, but it can never the satisfy the requirements of the child, as the framers of the law were only conscious of the welfare of the child and not on the mental turmoil that would be faced by a child in such a calamitous situation," said the bench.

Describing children as the greatest gift to humanity, the court further said:

"Parents regain peace and happiness in the company of the children. Parents are the best judge on the mental turmoil that their child faces and when they become the perpetrator of the said holocaust, the 'home' a heavenly abode, turns into a 'house', which is just built with brick and mortar, whereas a 'home' is build with love and affection of all the persons who reside in the said heavenly abode."

The court also said that to turn a child against a parent is to turn the child against himself and termed "parental alienation" as inhuman. It said:

"A parent indulging in parental alienation, means, he/she is polluting the tender mind of the innocent child by potraying the mother/father as a villian, which would have a considerable impact on him/her throughout his/her life and he/she develops ill feelings towards the parent and started hating his own father/mother."

The applicant, mother, had sought interim custody of the two children by contending that the respondent husband had failed to comply with the court orders granting her visitation rights. The respondent father was thus "tormenting the tender children to their detriment".

The court, after going through the materials on record, was convinced that the respondent father had "poisoned the minds of the minor children against their mother" and had acted against the welfare of the children. He had not taken any effort to teach the children about the importance of the mother and had not allowed them to get her love and affection, said the court.

Further, the court also observed that the father had failed to comply with its previous orders, even after having knowledge about the court orders and the consequences of failure to comply with the same, thus giving scant regard to the orders of the Court and indulging in parental alienation.

Thus, the court held that he was not competent to continue having the custody of the minor children and gave custody to the mother.