Mother Entitled To Maternity Leave Of 26 Weeks For 3rd Child If She Doesn't Have Custody Of Other 2 Children : Madras High Court 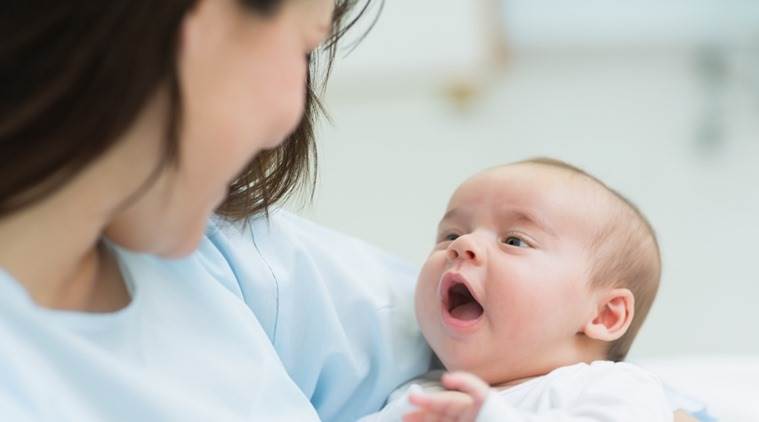 x
'Having Surviving Children' Means Having 'Custody Of Children'

In a pertinent judgment, Madras High Court has unequivocally held that Section 5 of the Maternity Benefits Act does not impose any cap on the number of deliveries for the grant of maternity benefit. The court went on to observe that there is only differentiation on the basis of the period of maternity benefit available to women employees with less than two surviving children and...

In a pertinent judgment, Madras High Court has unequivocally held that Section 5 of the Maternity Benefits Act does not impose any cap on the number of deliveries for the grant of maternity benefit.

"A woman employee having less than two surviving children is entitled to the maximum period of benefit i.e. twenty six weeks and for a woman employee having two or more than two surviving children, the benefit is restricted to twelve weeks. However, no ceiling on the number of children has been imposed towards entitlement of the maternity leave per se", the court clarified.

"The semantic construct of the expression "having surviving children" must be taken to mean that the woman Government servant seeking the benefit must have custody of the children."

"When the Central Act (M.B. Act, 1961) is stated to be in furtherance of the Directive Principles of the State Policy as contained in the Constitution of India, any executive orders, circulars or subordinate legislation or even the State law which is not in consonance with the Central enactment will have to be read down to give a constitutional thrust and purpose in terms of the Central enactment. As long as the Central enactment has not placed any restrictions on the number of children for the purpose of availing maternity benefits, no other rule or regulations can put any fetters on such claim", the court concluded.

Relying on Madras High Court judgment in N.Mohammed Mohideen & Anr vs. Deputy Commissioner of Labour (Inspection) Chennai, (2008), the court observed that as long as Article 42 of the Constitution read with the provisions of the M.B. Act, 1961, is available, every female worker covered by the Act is entitled to claim maternity benefit without any ceiling on the number of deliveries made by them. The court also mentioned a High Court judgment in  Ruksana v. State of Haryana (2011) and noted that Maternity Benefit Act would have an overriding effect over any service rules. Even if the High Court has held that family planning is a part of national public policy, restrictions on maternity benefits accordingly cannot be justified unless and until there is an amendment to the central enactment, Justice V. Parthiban explained.

2) 'Having Surviving Children' Means Having 'Custody Of Children'

On another important aspect, the court clarified that the expression "having surviving children" in the Fundamental Rules must be constructed harmoniously with the M.B Act to mean that the Woman Government Servant seeking the maternity benefit must have custody of children.

"More particularly, with reference to the expression used in the provision of Section 5(3) of the M.B. Act, 1961 that maximum period of entitlement of maternity leave benefit for a woman having two or more than two surviving children must mean that the mother having children in her custody, literally and factually."

Therefore, the court concluded that the two surviving children must mean children in the lawful custody of the mother on a purposive and harmonious reading of the provisions in the Fundamental Rules read with those in Maternity Benefits Act.

The court was here trying to elucidate on the scope and restrictions imposed by the scope and restriction imposed by the application of Rule 101(a) of the Fundamental Rules governing the Tamil Nadu Government Servants. It restricts the admissibility of the maternity leave benefit to married women government servants, having more than three children. The court noted that the same remained unaltered at least until 2019, the last corrected date as issued by the TN government.

" On behalf of the government, it has not been demonstrated that the instructions have undergone any amendment so far, adopting two-child norm", the court added.

Though the maternity leave rejection letter dated 28.08.2021 mentioned the Fundamental Rule 101(a), the petitioner's claim was primarily rejected by citing a Government Order in June 1997. This State Government Order allegedly applied the two-child norm and restricted maternity benefits accordingly with effect from 1993, instead of the earlier three child ceiling. A. This Government Order in pursuance of the small family norms adopted by the Central Government in 1993 by G.O.Ms.No.237.

"As a matter of fact, in the GO (Central Government's Order), it was stated that necessary amendment to the fundamental rules will be issued separately. But what is shown before the Court is the issuance of the G.O.Ms.No.173 P&AR Department dated 27.06.1997...which was issued as a follow-up to the public policy adopted by the Central Government, introducing two-child norm"

The court was talking in reference to Tamil Nadu Government's Fundamental Rules 101(a) applicable to State Government servants based on which the Chief Educational Officer rejected a maternity leave request submitted by a Government School teacher. In the rejection order, it was stated that maternity leave is available only to women employees having only two surviving children and there is no provision for grant of maternity leave for the third child on account of her remarriage.

The petitioner had two children out of wedlock in her first marriage though the custody of those children was with her previous husband. She hadn't made any applications for maternity leave with respect to her first two children since she became a government employee after both of them were born. The maternity leave was sought by her for the third child that she was expecting out of the second marriage in 2017.

The court observed that Maternity Benefits Act was the result of the country's constitutional commitment towards International Conventions and the legislation is also in tune with Directive Principles of the State Policy as embedded in Articles 39 and 42 of the Constitution.

The court concluded that the statutory instructions have not been amended till date in terms of G.O.Ms.No.237 G.O.Ms.No.173 . The restriction of the two-child norm could be traced only to the above-said GO, the court added.

The court pointed out that the enhancement in the maternity leave to 270 days was notified in the Gazette in 2017 and the corresponding amendment was made to TN Fundamental Rules, unlike the above GOs.

"This Court, however, is also conscious of the fact that public policy towards achieving small family norm is to benefit the country at large, as over-population is eating into the dwindling vitals of the country. But at the same time, when a restriction is imposed on the constitutional and fundamental rights of women, no matter how valid such restriction may be, it should go through proper legal channel before it attains sanctity for its universal application", the bench clarified.

To present the judicial trend on the issue, the court relied on J.Sharmila v. Secretary to Government, Education Department, (2010 SCC Online Mad 5221) relied on by the petitioner as well. The said judgment has elaborated on the application of Section 27 of the Maternity Benefits Act,  Article 42 of the Constitution, as well as International Labour Organization norms. Section 27 mentions that the Maternity Benefit Act would have an overriding effect on any laws and agreements inconsistent with the Act, either before or after the Act came into force.

"Unless or until the maternity benefits are in alignment with the scheme of M.B. Act, 1961, or such benefits are more favourable to women Government servants, neither the fundamental rules nor any government orders or instructions can be said to be enforceable. In terms of Article 51(c) of the Directive Principles, the State shall endeavour to foster respect for international law and treaty obligations in the dealings to organize people with one another", Justice V. Parthiban observed.

5) Reliefs For The Petitioner Government Teacher

The court noted that the petitioner does not have the custody of the two children born out of the first wedlock, and even otherwise, maternity benefit cannot be denied based on the number of children. The court noted that the state government itself had issued a government order allowing 270 days maternity leave for the second delivery of a mother who gave birth to twins in the first delivery.

The court, therefore, held that there is no disqualification at all for the petitioner to avail the maternity benefit since she is seeking the same for the first time as well.

The period of leave was directed to be sanctioned after taking into account G.O.Ms.No.84/ 2021 which enhanced the maternity leave from 9 months (270 days) to 12 months (365 days). The court noted that such enhanced benefit is protected under Section 27(2) of the M.B. Act, 1961, even though, the Central Act is lagging behind on this aspect.

"This Court is appreciative of the State Government's studied sensitivity towards the motherhood and its deep understanding of the importance of wholesome rearing and fostering of new born child. Maximizing the maternity benefit under the said GO is a reflection of sublime concern of the Government towards the well being of its women employees'

The respondents were directed to pass appropriate orders in two weeks.