'Men Are Glorified For Sexual Adventures; Women Are Objectified In Movies': Madras High Court While Upholding Conviction For Rape 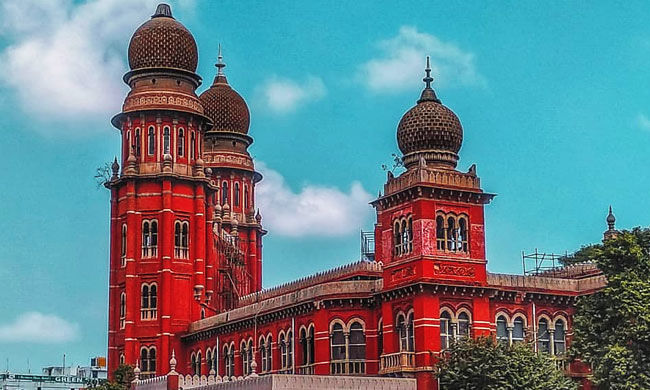 In a harrowing series of incidents where multiple women were subjected to sexual abuse and simultaneously videographed by a moneylender, the Madras High Court has upheld the conviction for the offence of Rape, punishable under Section 376 of IPC.The Court also upheld the conviction of a mobile phone technician who accessed those video files and sold them to the public. While dismissing...

In a harrowing series of incidents where multiple women were subjected to sexual abuse and simultaneously videographed by a moneylender, the Madras High Court has upheld the conviction for the offence of Rape, punishable under Section 376 of IPC.

The Court also upheld the conviction of a mobile phone technician who accessed those video files and sold them to the public.

While dismissing the "technical defence" put up by the appellant-accused, a division bench of Justices PN Prakash and R. Hemalatha observed,

"This is a shocking case of two accused, one of whom under the pretext of giving loans for cheap interest rates could lure women and exploit them sexually, forcing himself upon them and filming the acts and the other who is a mobile phone repair technician, making the videos earn him a fortune by selling them. The nasty trail of events is only a tip of the iceberg in our society where moral values and ethics have been trampled upon by unscrupulous and pervert elements. Perversity has encroached the minds of these undesirable elements to that extent, that one wonders about the total absence of conscience and morality."

The Court expressed its shock about the number of victims involved in the case. The prosecution had alleged that 29 women were subjected to harassment at the hands of the accused, out of which only six could come forward to complain, and only 4 were examined as prosecution witnesses.

While confirming the conviction and sentence of Sessions Judge, the court also added that men are usually glorified for their sexual adventures while women are stigmatized for the same. It observed:

"Treating women as an object of desire and portraying them so in movies and even in soap operas have a detrimental effect on the society. Education in the school is deprived for many and the family circumstances also cause such imbalances. Morality is the buzzword for this society to prosper and make such shameful acts a thing of past."

The criminal case was registered in the aftermath of a tip-off from the village administrative official about the videos of some women in his locality being circulated in internet. Thereafter, two mobile phones used by the first accused for filming the women borrowers who approached him were recovered via a police raid.

The prosecution alleged that the sexual acts so videographed were further used as a tool for keeping the victims silent and coercing them for more sexual favours. When the mobile phones were handed over for repair, the second accused, a mobile phone technician, downloaded the videos and circulated the copies in the web.

In the two appeal filed by both the convicts, it was submitted that production of a certificate under Section 65-B of the Indian Evidence Act was not complied with which results in a failure of the prosecution case.

However, the court instantly dismissed the defense by citing that the Physics Division, Forensics Science Lab had already certified that the video files are genuine and not morphed. Additionally, 105 such video files were retrieved from the memory cards seized from the accused, copied into a DVD by the forensic authorities and accordingly certified.

Relying on Arjun Panditrao Khotkar vs. Kailash Kushanrao Gorantyal & Ors (2020), the court pointed out that the mobile phones were recovered from A-1 & A-2 and they contained the sim cards and the memory cards.

"Ex. P13, Ex. P14 [photographs of victims sent for comparison with the contents of DVD] and Ex. P21 are the forensic reports which proved to be the last nail in the coffin. These reports elaborate not only on the contents of the video files recovered from the memory card but also certifies that the videos are genuine with no tampering or morphing in them. This certification is in compliance of the Section 65-B of the Information Technology Act. It is a matter of huge shame that technical defence is attempted to be put up by the accused to wriggle out of these damning charges. The old adage goes to say that as long as gullible persons exist, cheats will thrive.", the court observed in one of the concluding remarks in the judgement.

The court also observed that the first accused has not denied that he had filmed the sexual acts but submitted that 'at the most it could have been consensual sex.' On the above contention raised by the accused, the court noted:

"It is not just one woman but a group of women who are the victims. We have no reason to disbelieve the versions of the victims as it requires sheer courage and determination to tell the truth of such nature. P.W.3 and P.W4 were in fact ostracized by their society for coming out in open. The risk factor in such revelations is evident. But they faced it. They raised above their inhibitions and social status. They stood firm. They stood solid", the court underscored while iterating that there is 'no need for the victims to tell lies or imaginary stories' and that the prosecution witnesses have withstood the test of cross-examination.

With respect to the mobile repair technician, the counsel had contended that the memory card containing the videos were not listed along with the other articles, including mobile phones and sim cards, that were seized.

The court observed that the memory card was part and parcel of the digital phone belonging to second accused and observation to that effect has been already made by the Trial judge.

The criminal appeals were accordingly dismissed and the second accused was asked to surrender before the Sessions Judge.