Time To Review Mentality Of Considering Plight Of Injured Victims Sympathetically Despite Violation Of Traffic Laws By Them: Madras High Court 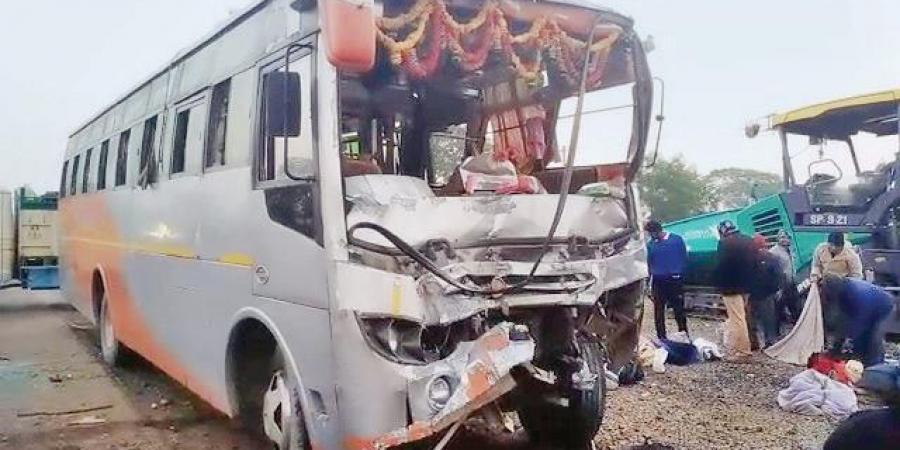 It is high time for all stakeholders who are dealing with motor accident cases to review their mentality in considering the plight of injured victims sympathetically and awarding them compensation, despite violation of Traffic Laws by them, observed the Madras High Court recently. While dealing with the case of a bus driver, who was held liable by the Motor Accidents Claims Tribunal...

It is high time for all stakeholders who are dealing with motor accident cases to review their mentality in considering the plight of injured victims sympathetically and awarding them compensation, despite violation of Traffic Laws by them, observed the Madras High Court recently.

While dealing with the case of a bus driver, who was held liable by the Motor Accidents Claims Tribunal for accident with a two-wheeler vehicle carrying four persons, a Single Bench of Justice K. Murali Shankar observed,

"It is high time for all stakeholders to review our mind-set that in cases of road accidents involving big and small vehicles, fixing the driver of the big vehicle as tort-feasor, as in majority of cases FIRs came to be registered against the driver of the big vehicle and investigations are being carried out in such a way to make that driver is responsible for the accident.

It is also high time for all who are dealing with motor accident claims to review our mentality in considering the plight of the injured victim or the legal heirs of the deceased victim sympathetically and awarding of compensation in the accidents occurred by violating the Laws and Rules."

The Appellant-bus driver in the case at hand had submitted that the two-wheeler carrying four persons was trying to overtake a lorry ahead of them, without noticing his Bus coming in the opposite direction.

He argued that the four boys, one of whom died in the accident, themselves invited the accident due to their own negligence.

He further submitted that after seeing the two-wheeler with four persons coming in the opposite direction in a rash and negligent manner, he stopped the Bus at a distance of 15 feet. However, the two-wheeler rider was unable to control the vehicle and that the accident occurred for the reason that four persons had travelled in the two-wheeler

The Respondent-claimants on the other hand relied on the case of Mohammed Siddique & Anr. v. National Insurance Company Limited & Ors., 2020(1) TN MAC 161 (SC), whereby the Supreme Court had held that the fact that a person was a pillion rider on a motorcycle along with driver and one more person on pillion, may be a violation of the law, but such violation by itself, without anything more, cannot lead to a finding of Contributory Negligence, unless it is established that his very act of riding along with two others, contributed either to the accident or to the impact of the accident upon the victim.

Thus, it was claimed that merely because four boys were riding a motor-cycle will not by itself prove that they were responsible for/ contributed to the accident.

In his order, the Single Judge expressed his reservations as to the submissions made by the Respondent-claimants. He was of the opinion that two-wheeler vehicles are designed and are meant for travelling of two persons only.

He observed that one aspect of carrying more than 2 persons on a two-wheeler is clear violation of Section 128 of the Motor Vehicles Act.

Another aspect however, the Judge noted, is that carrying more than 2 persons on a two-wheeler inadvertently affects the driving style/ balance of the rider.

Firstly, rider has to necessarily move forward towards petrol tank so as to give some place to those pillion riders which forces him to sit and ride in an unusual position and posture.

Secondly if 2 or 3 persons are seated in the pillion, then they have to necessarily sit in a cramped or jam-packed position along with rider and the rider will definitely feel or suffer pressure behind, which in turn, will definitely affect or disturb his rhythm of driving and consequently balancing of the vehicle.

"Two wheeler is only meant to take a rider and a pillion rider and not more than two at any cost. If the rider takes 2 or 3 persons in his vehicle, then he has to give more acceleration to increase the pulling capacity so as to take more weight. The efforts required from the rider to maintain the acceleration level would affect or divert his attention and concentration."

However, if the rider takes 2 or 3 grown-up persons or obese persons, that by itself would amount to negligent driving since the rider can lose his control of the vehicle at any point of time.

"In the case on hand, since four grown-up students had travelled in the two wheeler, I have no hesitation to hold that the rider and all the pillion riders are guilty of negligent riding / travelling," the Single Bench held.

The Bench added that the accident occurred because the rider could not calculate the time required to overtake the lorry, since the natural acceleration of the vehicle must have changed by the weight of four grown-up riders.

"Since the two wheeler was proceeding on the right side of the lorry and was overtaking the lorry, as alleged by the claimants, two wheeler rider should have seen the Bus coming from the opposite direction. Even after seeing the Bus, he decided to proceed further and in that decision, we can easily infer that he miscalculated the speed of the vehicles, the space and the time taken to cross that space between the two wheeler and the Bus, as he was carrying more weight than the prescribed. Considering the above, this court is of the clear view that not only the two wheeler rider but all the pillion riders are also liable for contributory negligence."

Before parting, the Court expressed that every road user owes a duty of care and caution and is duty bound to drive their vehicles in such a way not to endanger themselves and more importantly not to endanger the pedestrians, cyclists, two wheelers and other vehicle users.