Plaintiff Can Take A Plea Of Adverse Possession In A Suit For Declaration Of Title And For Recovery Of Possession: Madras HC 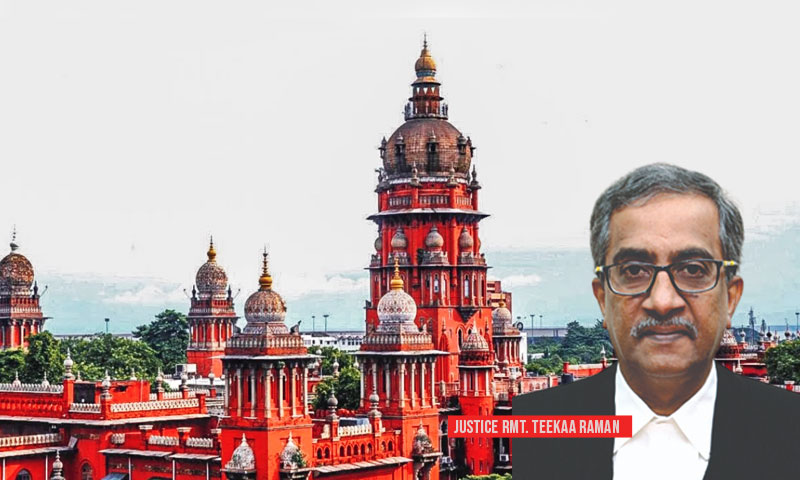 The Madras High Court has held that there is no bar under the Limitation Act on a plaintiff taking the plea of adverse possession in a suit for declaration of title and for the recovery of possession. Justice Teekaa Raman held that the age-old axiomatic of law that the plaintiff cannot raise the plea of adverse possession and that it can only be a defence of the defendant no longer holds the field.

"Plea of acquisition of title by adverse possession can be taken by Plaintiff under Article 65 of the Limitation Act and there is no bar under the Limitation Act, 1963 to sue on aforesaid basis in the case of infringement of any rights of a Plaintiff."

In the present case, the appellant plaintiff had filed a suit for declaration of her title and for an injunction. During the pendency of the suit, she also filed an application for a temporary injunction. She claimed that the suit property originally belonged to one Chellaiah, the husband of the first respondent/defendant and the father of the remaining respondents. The said Chellaiah had sold the property in 1993 to Moolaiyan, the appellants father, through an unregistered sale deed. Later, Moolaiyan obtained patta transfer in his name. After Moolaiyan's death, the plaintiff became the owner of the suit property and she has paid kist to the Government.

The defendant stated that the unregistered sale deed relied upon by the plaintiff was not true, not genuine, invalid, and inadmissible in law. It was further contended that even thoughthe plaintiff claims that by an unregistered sale deed, Chellaiah had sold the property to Moolaiyan in 1993, the said Moolaiyan had not obtained any patta in his favour till 2000. It was only after the death of Moolaiyan that the patta was obtained by manipulation.

The respondent also produced online patta print which was in favour of Chellaiah. An RTI reply received from the Zonal Deputy Tahsildar also shows that no record was available in the Tahsildar Office which may reveal the mutation of revenue records in the name of Moolaiyan, father of the plaintiff. This creates serious doubts with respect to the evidentiary value of the documents produced by the plaintiff.

The court was not inclined to accept this contention of the defendant and held that the law does not bar the plaintiff from raising the plea of adverse possession. However, with respect to the relief of interim injunction, the court was satisfied with the submission of the defendant with respect to the evidentiary value of the documents produced by the plaintiff.

The court stated that even assuming without admitting the plea of the plaintiff, the fact remained that till the date of death of Chellaiah, no document, evidencing the possession has been produced. The fact assumes great significance as there was no positive explanation as to why the transfer of patta was not effected for seven long years, till the date of death of the original assignee, Moolaiyan.

The court was satisfied that the plaintiff had not made out any prima facie case of her alleged possession and the documents produced by the plaintiff also appeared to be under cloud. Therefore, the court opined that there was no illegality or irregularity in the order of the trial judge in not granting an interim injunction and thus there was no need for interference.

Counsel for Petitioner: Mr. A Arumugam