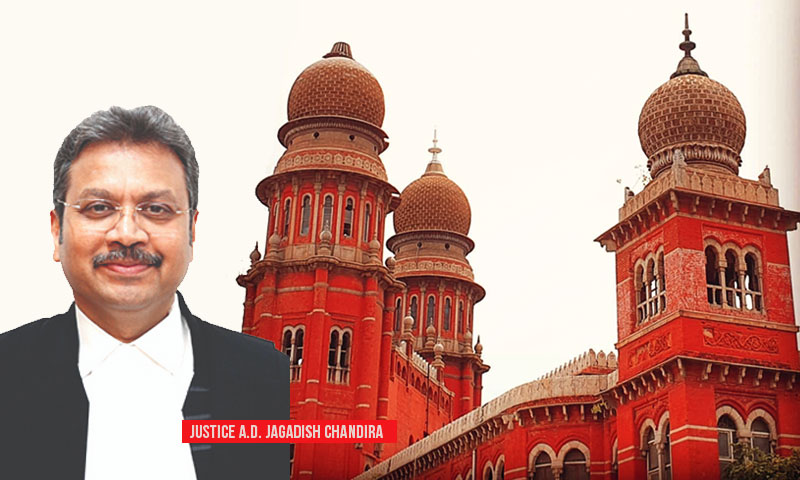 While rejecting a batch of pleas made for the return of seized vehicles allegedly involved in illegal sand mining, Madras High Court noted that most of the owners use the vehicles for similar offences once they are granted interim custody. The court also observed that this has become 'a never-ending story' in such cases.Justice A.D Jagadish Chandira also lamented on the current pace...

While rejecting a batch of pleas made for the return of seized vehicles allegedly involved in illegal sand mining, Madras High Court noted that most of the owners use the vehicles for similar offences once they are granted interim custody. The court also observed that this has become 'a never-ending story' in such cases.

Justice A.D Jagadish Chandira also lamented on the current pace of environmental deterioration and opined that it is the society's collective responsibility to leave the planet in a better shape for future generations. The court also noted that the perennial rivers that were carrying clean water have now been converted into drainage channels for carrying effluents.

"While the geologists proclaim that the age of the earth where we live now is 4.543 billion years, the ecologists expound that it is our responsibility to leave this planet in a better shape for the future generations than we found it, rather, to close our eyes on the cruelty being committed to our precious earth and take pride in our search for an alien planet with least infrastructure by spending huge money to survive afresh."

The criminal revision cases before the court were against the order passed by Nagapattinam District & Sessions Judge rejecting the petitions for the return of seized vehicles.

According to the authorities who intercepted these vehicles, all of them have transported illegally quarried sand and damaged water bodies. A number of cases were registered under Sections 379 IPC and Section 21(1) of the Mines and Minerals (Development & Regulation) Act, 1957. The vehicles were seized by the police and kept in custody.

Before the High Court, the petitioners argued that their vehicles have been left idle in the Police Station Compounds, exposed to all weather conditions. They further contended that they will accumulate huge losses from the diminishing monetary value of vehicles due to the false cases foisted against them.

The Public Prosecutor argued that the vehicles have already been subjected to confiscation proceedings. The state further argued that the authorised officer is empowered under Section 21 (4-A ) of the Mines and Minerals (Development & Regulation) Act to seize such vehicles and these vehicles can be confiscated by an order of the court under subs section (4). The counsel also added that the special court can then dispose off the vehicle accordingly.

The High Court primarily took note of the fact that the confiscation proceedings have been initiated in all these cases though courts tend to release the vehicles involved in illegal sand mining in some instances.

Quoting Mahatma Gandhi who once said that the earth has everything to satisfy every man's needs except his greed, Justice A.D. Jagadish Chandira noted as below:

"...The mother earth is our heritage, which has been inherited by us from our past generations  without much damage and in fact with many developments, to enjoy all its treasures conserving all its goodness and not making any defacement under the guise of development, to be bestowed on our future generations."

The court made a reference to the Allahabad HC judgment in Akhilesh Kumar v. State of U.P.& Anr., 2022 LiveLaw (AB) 90 wherein it was held that Magistrate has no jurisdiction or power under sections 451 or 457 Cr.P.C. to release seized vehicle under Section 72 of UP Excise Act. In the said case, the court concluded that the law laid down by the Allahabad High Court in the case of Ved Prakash v. State of U.P. (1981) is correct.

Before parting, the court also referred to Rural Litigation and Entitlement Kendra v. State of U.P. (1985) to stress the importance of maintaining ecological balance while not frowning upon development. Reliance was also placed on the apex court judgment in State of M.P. v. Uday Singh (2020) to assert that confiscation is an effective deterrence given the alarming rate of environmental depletion and the fundamental duty stipulated under Article 51-A (g).

The Directive Principle under Article 48-A to protect and improve the environment was also cited by the judge while rejecting the plea made by the petitioners.

On the basis of the said law laid down by the apex court and High Courts, the court issued a direction for the conclusion of confiscation proceedings already initiated within 6 months and instructed the vehicle owners to co-operate with the same.