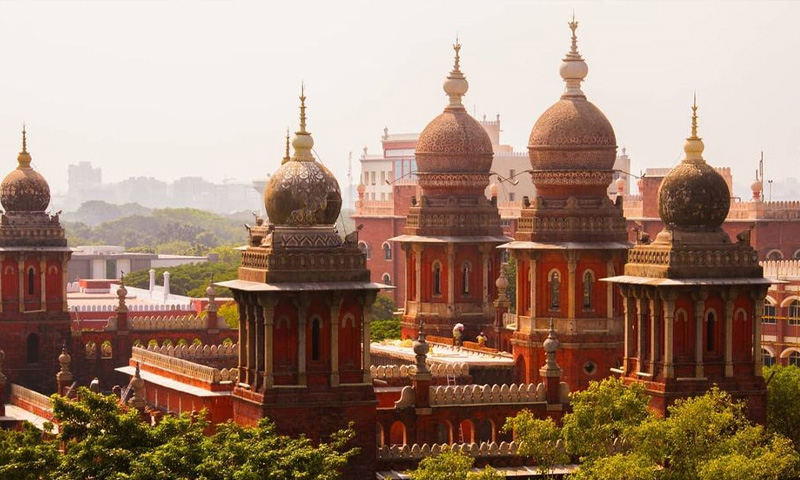 The Madras High Court on Wednesday permitted Latha Educational Society to reopen its two schools, which were vandalised in July following the death of a school girl, for classes IX-XII on a trial basis for one month

Justice R Suresh Kumar said the students in the higher classes have to appear in the half-yearly examination this month and at least for that, the classes need to be opened so that they can prepare for and write the exams well.

Regarding other classes, the court said, "after the extraordinary situation that was prevailing in the school premises and the locality few months back, if we allow the school with entire standards, that may not be conducive to have a pleasant atmosphere in the school from the point of view of the parents, whose wards are studying in the lower classes from L.K.G. to VIII standards in the said schools."

The court directed that the District Administration, headed by the District Collector and the District Superintendent of Police, to visit the school before the date of reopening and hold discussions with the school management and other stakeholders on security arrangements in the school premises and the locality.

"In this regard, after completing the plan, the District Administration shall provide necessary security arrangement by deploying the police force adequately as required, which will be decided in this regard by the District Administration for maintaining the law and order in the school premises as well as in the locality," the court said.
The court further said the management will be at a liberty to seek extra security in case of threat perception, adding that the police will consider request and provide the same on payment of cost.
"That apart, the petitioner Management shall also take steps to engage a private security system with CCTV cameras being fitted in the school premises and that should be made immediately by the petitioner Management before the schools are open for the classes from IX to XII on 05.12.2022," the order reads.
The court also made it clear that the third floor in Block A of the school premises (from where the girl is said to have jumped) shall be sealed. The direction has been passed to the District Collector who has been asked to keep the key in his custody till further orders.
In July this year, a 17-year-old died by suicide by jumping from the school building over alleged mistreatment by school authorities. The investigation was handed over to CBCID.
Following her death, the school premises witnessed large scale protests and violence with people vandalising the school campus. As per internal assessment, the quantum of damages is estimated to be around 25 crores.
Following the violence, the school was closed and entry to it was restricted by the district administration. The court has passed the directions for condition re-opening on a petition filed by the schools' management.
The court had earlier directed the District Collector to inspect the premises and submit a report. The Collector said the school can be permitted to reopen for classes 9-12 for a period of one month as first measure and further reopening of other classes can be decided based on the same.
The court had also sought reports from the CB CID. The CBCID submitted that the investigation is almost complete and there is no impediment in reopening the schools.
Case Title: Latha Educational Society Kaniyamoor v State of Tamil Nadu and others
Citation: 2022 LiveLaw (Mad) 488
Case No: WP No.28601 of 2022