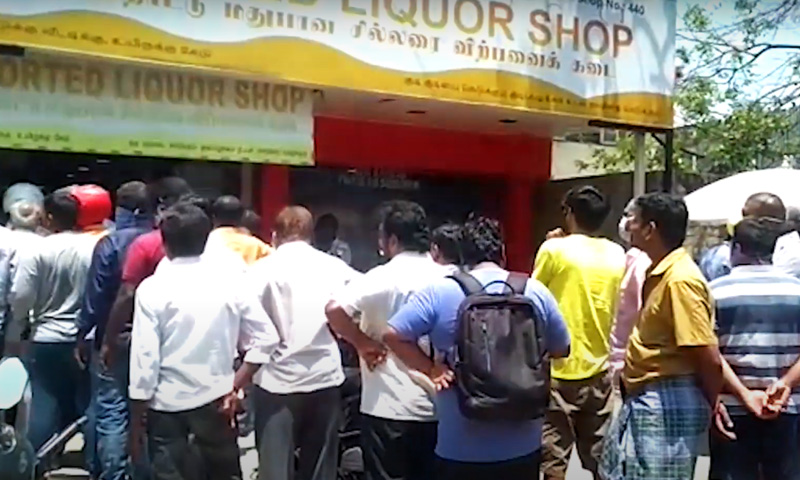 The Madras High Court on Friday opined that TASMAC's buy-back scheme implemented in the Nilgiris region should be implemented across the state of Tamil Nadu. The observations were made by Justice N Sathish Kumar and Justice D Bharatha Chakravarthy in a batch of pleas for protection of the Western Ghats area.

The court had previously directed TASMAC to implement a buy back scheme according to which for every sale of bottles in the Nilgiris District, an extra amount of Rs. 10/- shall be collected from the consumer over and above the Maximum Retail Price. This extra amount of Rs. 10/- so collected shall be refunded to the consumer on the production of an empty liquor bottle.

When the matter was being heard, the Managing Director of TASMAC submitted a status report according to which 63% of the bottles sold in the region came back. Seeing this, the court observed as under:

On seeing the report that 63% bottles have come back, we are of the opinion that the buy back scheme should be implemented in the entire state so that damage to environment can be controlled.

The TASMAC MD, in his status report also submitted that in the Nilgiris region almost 29 lakh bottles have been sold since the implementation of the buy back scheme. Out if this, almost 18 lakh bottles came back to the TASMAC. These bottles are lying in the shops and tenders have been called to receive these bottles.

It was also submitted that the scheme has been introduced in other areas like Coimbatore, Dindigul and other areas where shops are located near National Parks and Wildlife Parks. In these areas, almost 59% of the bottles have come back.

The court directed TASMAC to give advertisements in newspapers as well as other print and electronic media stressing on the importance of the buy back scheme and how it would prevent damage to the environment. The court also directed that such ads should appear in a regular basis in all medias.

The court also directed the Excise Commissioner to issue circulars to license holders of private bars and hotels (which were outside the TASMAC's authority) to return the bottles to TASMAC.

Case Title: G.Subramania Koushik v. The Principal Secretary and others