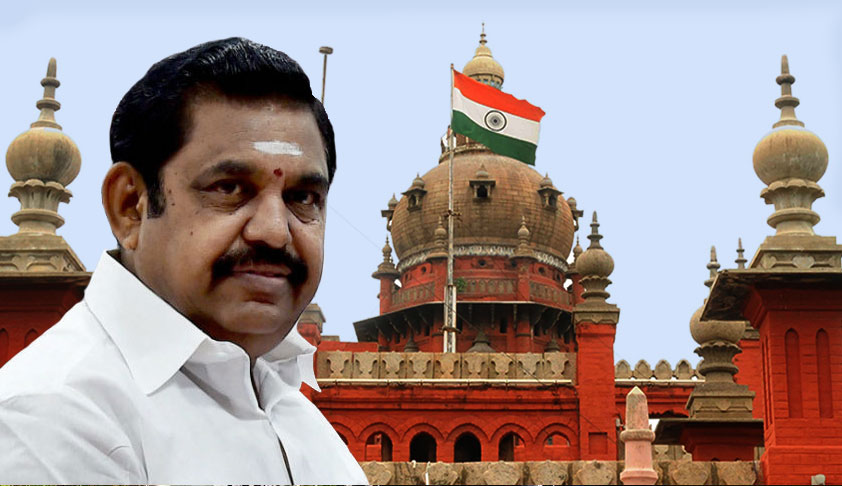 The Madras High Court on Thursday quashed the defamation proceedings against Edappadi K. Palanisamy and O. Panneerselvam on the file of Additional Special Court for Trial of Criminal Cases related to Elected Members of Parliament and Members of Legislative Assembly of Tamil Nadu, Chennai. Allowing the petition filed by Palanisamy and Panneerselvam, Justice M Nirmal Kumar held...

The Madras High Court on Thursday quashed the defamation proceedings against Edappadi K. Palanisamy and O. Panneerselvam on the file of Additional Special Court for Trial of Criminal Cases related to Elected Members of Parliament and Members of Legislative Assembly of Tamil Nadu, Chennai.

Allowing the petition filed by Palanisamy and Panneerselvam, Justice M Nirmal Kumar held that that there is no material or reason to proceed against the petitioners, and that further continuation of proceeding is nothing but abuse of process of law.

The respondent Va.Pugazhendi was associated with All India Anna Dravida Muneetra Kazhagam [AIADMK] political party. The respondent had earned good reputation over several decades in the said party, by relentlessly and sincerely carrying out the reasonable dictates of the party high command. He was also made State Secretary of Karnataka State.

After the demise of Former Chief Minister J. Jayalalitha and the subsequent split of the AIADMK party, the respondent joined the group led by TTV Dinakaran in 2016.

Later in 2020, the petitioners who are the Joint Co-ordinator and Coordinator of the party respectively, admitted the respondent into the party and also appointed him as the Official Spokesperson. The respondent actively participated in the Executive Committee meetings, press meets and helped in the campaigning.

In 2021 the respondent was expelled from the party via a letter. According to the petitioner, this letter had vague and baseless allegations against him and had directed other AIADMK cadres not to have any contact with the respondent. The news of his expulsion reached all nook and corner of Tamil Nadu and was widely circulated in all News Channels, Papers, Online Media etc.

Thus, the petitioners have, with a criminal intent, tarnished the image of the respondent. He therefore filed a private complaint against the petitioners for the offence of defamation under Sections 499 and 500 of IPC in the trial court and summons was issued.

The petitioners however contented that expulsion notice issued to the petitioner is a routine one and is necessitated to run the party in a disciplined manner. When the respondent was earlier expelled, a similar notice with same language was issued which was not challenged at that time. The petitioners contented that by perusing the complaint, it is seen that the respondent is questioning his expulsion for which filing of defamation case is not the answer. The Coordinator and Joint Coordinator are the supreme authority to take a final decision in the disciplinary matter.

Since the respondent was representing in public as official spokesperson of the AIADMK party, the decision to remove him from the party necessitated to be informed to the general public as well as to the party cadres.

"Further as per Explanation (4) of Section 499 IPC, the imputation must directly or indirectly in estimation of others should lower the moral or intellectual character of that person or lower the credit of that person. In this case, there is no material to show in the complaint or in the sworn statement that who are the others who questioned the respondent and thereby, he was defamed. The petitioners being Coordinator and Joint Coordinator have lawful authority to take disciplinary action against all in the AIADMK party."

Seeing that the disciplinary actions are usually communicated to the party members through media and that the expulsion letters were issued in a usual format, the court allowed the petition and quashed the defamatory proceedings.