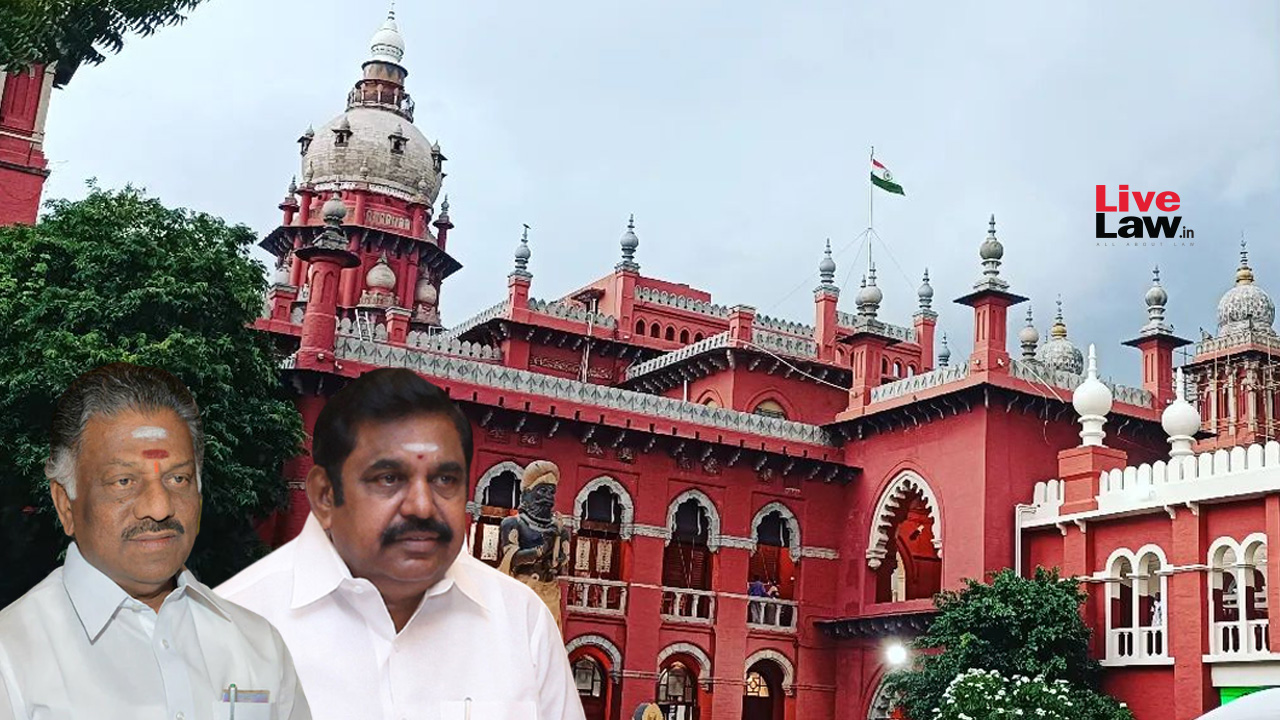 The Madras High Court on Monday refused to interfere with the general council meeting of the All India Anna Dravida Munnetra Kazhagam (AIADMK). The order of Justice Krishnan Ramasamy came at 9 in the morning, with the meeting scheduled to be held today. The plea to stall the meeting was filed by former Chief Minister O Paneerselvam, who argued that proper notice was not issued for conducting...

The Madras High Court on Monday refused to interfere with the general council meeting of the All India Anna Dravida Munnetra Kazhagam (AIADMK). The order of Justice Krishnan Ramasamy came at 9 in the morning, with the meeting scheduled to be held today.

Opposing the same, Edappadi Palaniswamy (AIADMK Joint Coordinator) argued that what was issued was not a notice of the meeting, but an invitation to attend the meeting. He also questioned the suit filed by Paneerselvam against AIADMK when he himself was the Coordinator of the party. Thus, it was argued that Paneerselvam has filed a civil suit against himself which is not maintainable. He also pointed to the Supreme Court order permitting the conduct of the meeting and argued that the High Court should not interfere with the order of the Supreme Court

The court, while allowing the conduct of the meeting according to law, held that if anyone was aggrieved that the meeting was not conducted in accordance with law, they could move with a Civil Suit to that effect.

The court noted that out of the 2665 members of the General Assembly, more than 2100 members have expressed desire to conduct the meeting. "In a democratic set up, the will of the majority will prevail", the court remarked.

The court also reprimanded the manner in which the petitioner was repeatedly approaching the court instead of participating in the meeting and putting forward his ideas. The court noted:

It is very unfortunate that a leader, in the capacity of the Co-ordinator, has time and again rushed to this Court, seeking interference, instead of approaching the General Council and participating in the General Council meeting and convince one and all the members by introducing his ideas and plans towards the welfare of the Party members and development of the party so as to gain the confidence of the members to act in his favour. What the applicant could not achieve, wants to achieve through the Court of law and the Courts will certainly refrain to interfere with the private affairs of the party, that too at the instance of just one or two members contrary to the interests of thousands of other members of the party.