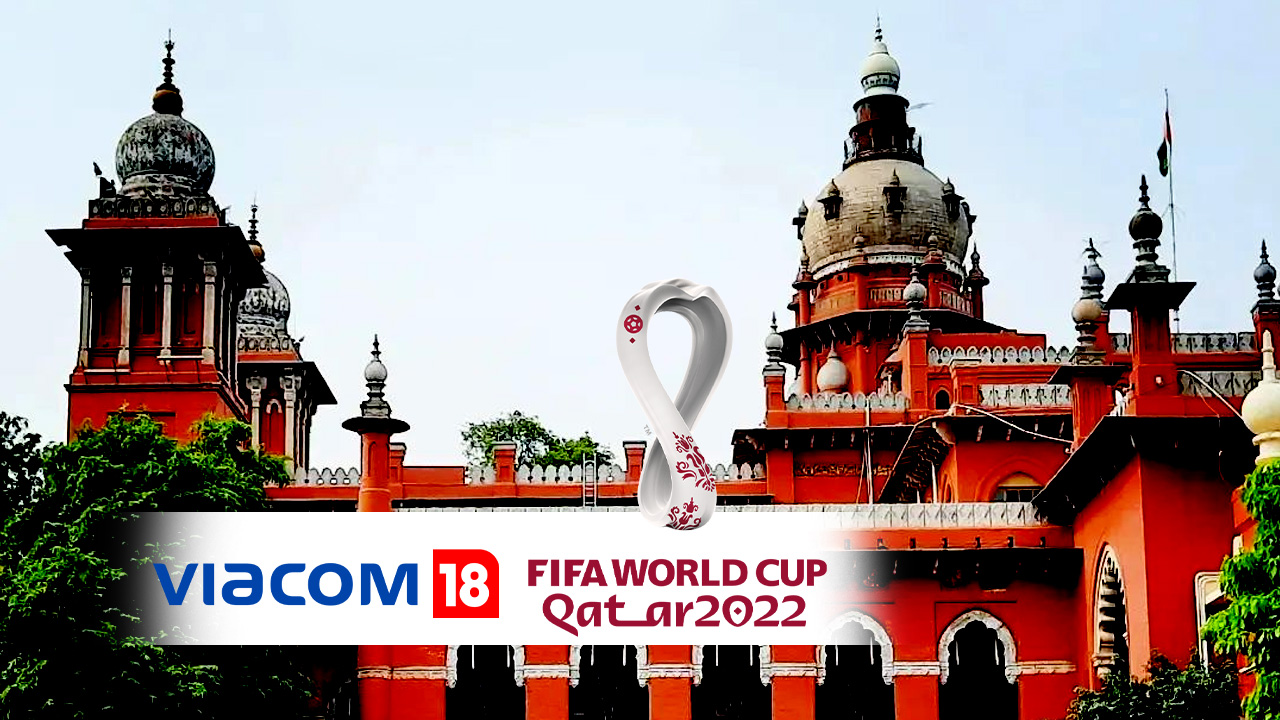 The Madras High Court on Friday granted interim injunction to Viacom18 and restrained more than 12,000 websites from showcasing the FIFA World Cup 2022.

With regard to prima facie case, there is no difficulty in accepting prima facie that the plaintiff is the owner of the Copyright in the Sporting Event. In Terms of balance of convenience, if this interim order is not granted now, it would result in alleged piracy being completed in all and every aspect of the matter.

Viacom18, the plaintiff in the suit proceedings, contended that they have the exclusive rights to broadcast the FIFA World Cup 2022 in the territories of Bangladesh, Bhutan, India, Maldives, Nepal, Pakistan and Sri Lanka.. For this, they had acquired all the necessary broadcasting rights including television rights, broadband transmission rights, mobile transmissions rights and non exclusive radio rights. They also submitted the letter issued by FIFA in this regard confirming their rights.

The plaintiff further provided a list of 12037 websites who were infringing upon Viacom18's exclusive copyright in the sporting event. It was submitted that there was no possibility of blocking the infringing content alone in the websites.

The court said if no interim injunction is granted, it would lead to an irreversible situation and irreparable injury will be caused to the plaintiff which would be incapable of compensation.

Thus, finding merit in the case of the Plaintiffs, the court restrained the respondent internet service providers "or any other person or entity" from infringing the plaintiff's copyright over the FIFA World Cup sporting event "to prevent copying, transmission, communication, displaying, releasing, showing, hosting, streaming, uploading, downloading, exhibiting, playing and exhibition of the sporting event".

The court also gave liberty to the respondent ISPs to block the infringing websites. The order is to operate for a period of four weeks till the next hearing on December 16.