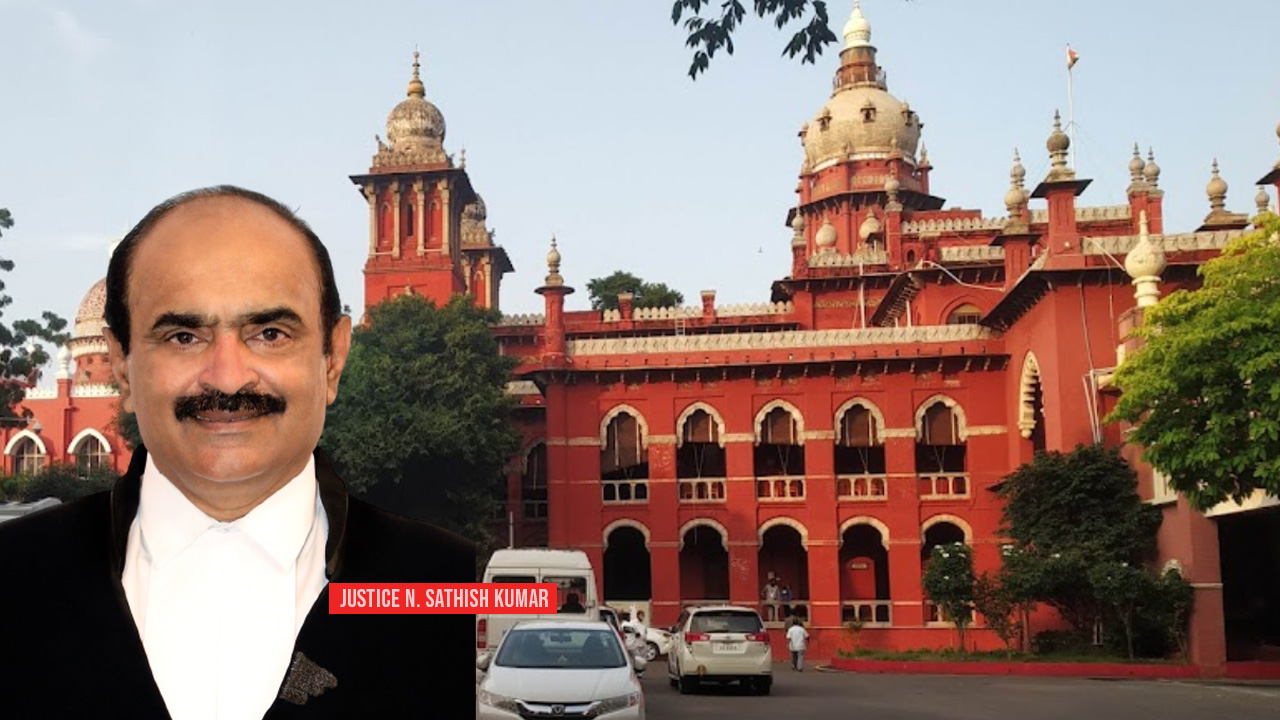 The Madras High Court recently emphasized that directions under Section 156(3) of the Code of Criminal Procedure should not be issued by Magistrates without the application of judicial mind.

Relying on the decision of Priyanka Srivastava and another v. State of Uttar Pradesh and others the court highlighted that the Magistrate must be vigilant with respect to the nature of allegations made in the application and should not routinely pass directions.

Justice N Sathish Kumar also observed that before ordering an investigation of an offence by the police, the Magistrate can, in appropriate cases, verify the truth and veracity of the allegations made. The Magistrate should also ensure that remedies under Section 154(1) and 154(3) of CrPC have been availed. Further, an application under Section 156(3) of CrPC must contain the details of all these applications made before appropriate authorities.

In an appropriate case, learned Magistrate can verify the truth and veracity of allegations made, having regard to nature thereof and the power under Section 156(3) of Cr.P.C. cannot be invoked by a litigant at his own whim to harass others. It can be invoked only by a principled and really aggrieved citizen approaching the Court with clean hands.

The court was dealing with a petition for quashing FIR against a man alleged to have trespassed and committed theft on a property belonging to an Advocate. The crux of the allegation was that the Advocate, Mr. C Rajesh was in possession of some land belonging to Kaligambal Temple and he had kept his household utensils there. While so, he came to know that the accused/petitioner herein had entered into this property and removed articles. He gave a complaint to the police but since no action was taken, he filed a petition under Section 156(3) of CrPC which was allowed, and accordingly, an FIR was registered against the petitioner herein.

The petitioner submitted that the property belonged to his mother which she obtained through a registered sale deed. Water tax, property tax, and electricity service connection all stood in the name of the petitioner's mother. The property was let out to one Mr. Karthick for doing business who vacated the premises in July 2021. Since there was a default in payment of electricity charges by the tenant, the electricity service was disconnected. It was when he made an application for restoration of electricity service that he came to know of another application that had been filed by the wife of the second respondent advocate for the same purpose. He was also informed by the neighbors that persons wearing black and white dresses entered the premises and tried to lock open premises.

He thus submitted that the complaint given by the second respondent was calculated and motivated only to grab the land of the petitioner and sought for dismissal of the same. He also contended that the Magistrate of allowed the application under Section 156(3) CrPC mechanically, as the respondent advocate was a member of that Bar and also an Office bearer of the Bar Association. Thus, this was a clear case of abuse of process of law.

After perusing the materials, the court was satisfied that the FIR was motivated and had been maliciously instituted with an ulterior motive. The order of the Magistrate bereft of any details. The lower court had not followed due procedure by seeking a report from the investigating officer.

Though the respondent claimed that he was maintaining the property as per the orders of the temple authorities, there were no details of the same in his affidavit. He had merely produced a residential certificate to show that his wife was in possession of the property from 2016. This residential certificate was merely a computer-generated certificate and no other evidence was produced by the second respondent. The court also noted that several complaints were filed against the second respondent in the Anti Land Grabbing Cell by the petitioner but no action had been taken.

At the same time, the sale deed, property tax receipts, water tax receipts, and electricity service details would reveal that the property belonged to the petitioner's mother. The court thus observed as:

Such view of the matter, the learned Judicial Magistrate, Thiruvottiyur without applying his mind has mechanically passed the order without even verifying the veracity of the complaint. The second respondent as a member of the very same Bar and also an Official Bearer of the Bar Association, Thiruvottiyur, obtained the order. The learned Judicial Magistrate, Thiruvottiyur has mechanically passed the said order which suffers from non-application of mind. Further, the said order directing the first respondent police to register F.I.R. against the petitioner is contrary to the law laid down by the Hon'ble Supreme Court in Priyanka Srivastava case (cited supra).

The court also noted the guidelines issued by the Supreme Court in the case of State of Haryana and Others vs. Bhajan Lal and Others for quashing the complaint. Since malafide or malicious institution of proceedings was one of the grounds for quashing proceedings, the order quashing of the FIR against the petitioner and ordered accordingly.

Case Title: KL Prabakar v. The State and another