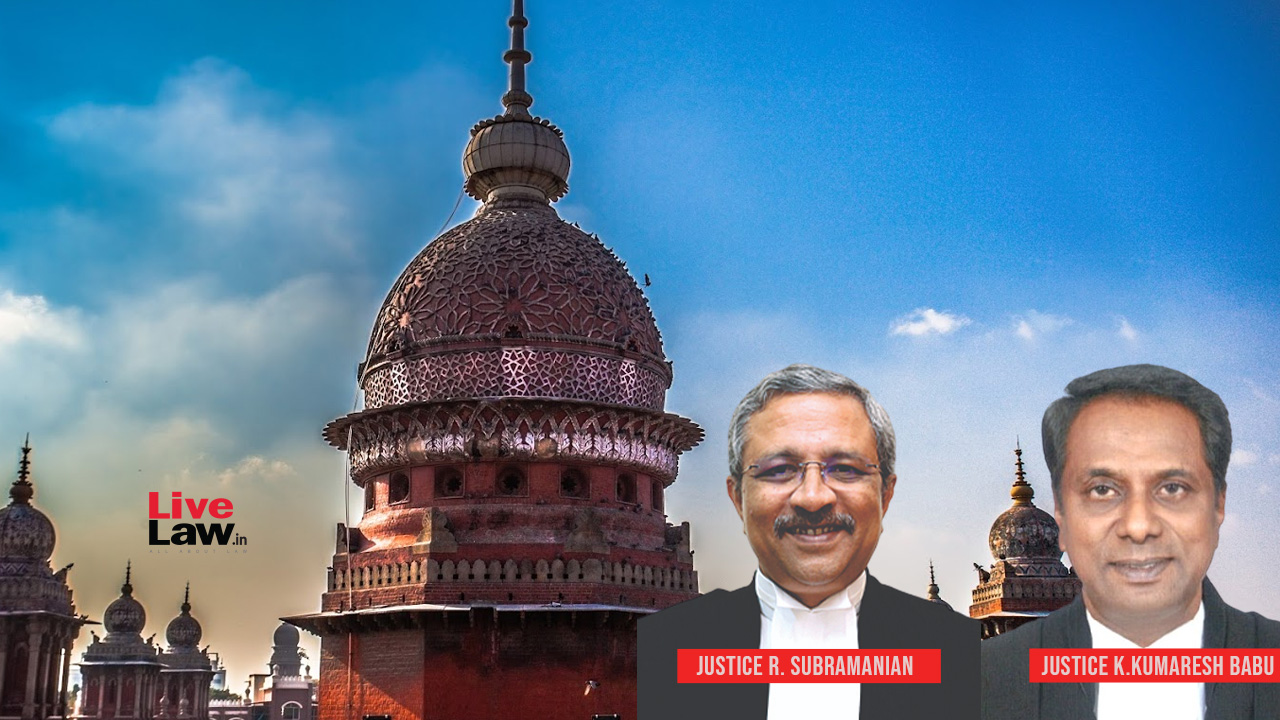 The Madras High Court recently set aside a notification issued by the state Commissioner of Food Safety imposing a ban on sale of Gutka, Pan Masala, flavoured or scented food products or chewable food products that contain tobacco or nicotine.

While setting aside the notification, the bench of Justice R Subramanian and Justice K Kumaresh Babu held that the commissioner had exceeded his powers while passing such a notification. The court agreed with the view taken by the Delhi High Court in Sugandhi Snuff King Pvt. Ltd. and Another v. Commissioner (Food Safety) Government of Delhi.

Referring to Section 30(2)(a) of the Food Safety and Standards Act, 2006, the bench headed by Justice Subramanian said:

"A reading of the provision shows that a power is vested in the Commissioner of Food Safety to prohibit in the interest of public health, the manufacture, storage, distribution or sale of any food article, for the whole State or any Part thereof for such period, not exceeding one year ... This is akin to imposing a ban on poultry products when there is outbreak of bird flu and situations of like nature. This provision, in our opinion, cannot be used for imposing a permanent ban that too by issuing successive notifications year on year."

The court said the notifications can be only temporary measures and allowing the Commissioner, Food Safety to impose a permanent ban by issuing successive notifications would amount to conferring a power that is not contemplated by the statute.

The court thus set aside the notification issued by the Commissioner and the subsequent criminal proceeding initiated against the petitioner tobacco manufacturers. It noted that both the Food Safety and Standards Act and the Cigarettes and Other Tobacco Products (Prohibition of Advertisement and Regulation of Trade and Commerce, Production, Supply and Distribution) Act, 2003 or COTPA do not provide for a complete ban on Tobacco products.

The court added that while COTPA is to ban advertisements of tobacco products and regulate its usage, the Food Safety and Standards Act is to ensure food safety and standards.

"If we are to up hold the power of the Commissioner, Food Safety, to issue successive notifications under Section 30(2)(a) thereby imposing an almost permanent ban on a food product, we will be permitting something which was not contemplated bylaw and that will amount to doing violence to the provisions of the enactment."

Referring to J.Anbazhagan v. The Union of India, the bench headed by Justice Subramanian said: "In the light of the above pronouncement of a Division Bench of this Court which is binding on us, we are not persuaded to accept the contention of the learned Senior Counsel for the petitioner and the respondent in the Writ Appeal that Tobacco without any additives cannot fall within the meaning of Food as defined under Section 3(j) of the FSS Act. In fine, we conclude that Tobacco with or without any additives would fall within the definition of food under Section 3(j) of FSS Act."

The court also said that both COTPA and FSS Act can co-exist and the conflict, if any, can be resolved by restricting the operation of the FSS Act, to the areas which are covered by the COTPA.