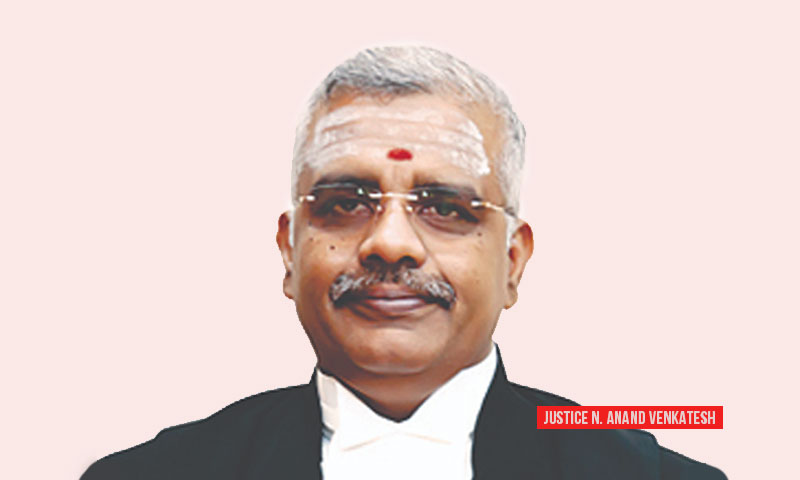 The Madras High Court has taken suo moto cognizance of alleged sexual harassment of a IPS cadre woman officer by her senior, a Special DGP, and has decided to monitor investigation into the case itself. A Single Bench of Justice N. Anand Venkatesh minced no words in criticizing the alleged incident and also expressed displeasure at the manner in which the Special DGP allegedly used...

The Madras High Court has taken suo moto cognizance of alleged sexual harassment of a IPS cadre woman officer by her senior, a Special DGP, and has decided to monitor investigation into the case itself.

A Single Bench of Justice N. Anand Venkatesh minced no words in criticizing the alleged incident and also expressed displeasure at the manner in which the Special DGP allegedly used his contacts and power to prevent the victim officer from even filing a complaint against him.

The Judge was concerned that if an officer holding a high rank in Indian Police Services can be harassed and be forced to not file a complaint, what must be the state of ordinary women who are victims of such acts.

"The victim officer in this case is a high-ranked police officer of the State Police. It took so much of struggle, for a police officer of that rank, even to give a complaint to the DGP, Chennai. This Court shudders to think as to what would have happened if the victim was an officer belonging to a lower cadre as that of a Sub-Inspector or Constable of Police. Probably, it would have become impossible for such an officer to have even given a complaint in this case. If that is the position in which lady officers are placed, it is hard to think as to what will happen if such a sexual harassment had taken place on an ordinary lady with no background."

The victim officer, belonging to the IPS cadre gave a complaint to the Director General of Police, Chennai, alleging that she was sexually harassed by the Special DGP in his official car while they were on their way to Ulundurpet District in connection to a bandobast duty on February 21, 2021.

She alleged that she somehow escaped from the scene and was driving her official car towards Chennai with the purpose of filing a complaint when she started getting phone calls from the Special DGP and many other police officers.

As she decided not to attend those calls, she was intercepted at Paranur toll gate by a large contingent of police headed by the Superintendent of Police, Chengalpet District.

Thereafter, the victim was pressurised and forced to talk with the Special DGP who is said to have requested her not to proceed further with the complaint. However, when the victim did not budge, she was allowed to leave, subsequent to which she submitted a complaint to the DGP, Chennai.

Thereafter, a FIR was registered by CBCID against the Special DGP and Superintendent of Police, Chengalpet, for offences under Sections 354A(2), 341, 506(1) of IPC and Section 4 of Tamil Nadu Prohibition of Harassment of Woman Act, 1998.

A Committee has also been constituted to enquire into the sexual harassment complaint given by the victim officer.

Taking suo moto cognizance of this shocking and monstrous incident, the Single Judge expressed serious displeasure that first, a woman was subjected to such harassment, and thereafter, the alleged perpetrator and his subordinates even had the audacity to stop her from filing a complaint.

"The case reached its crescendo when the lady officer was intercepted by a posse of policemen who had the audacity to stop the car and take away the car keys. It must be borne in mind that the officers who did it are named and they are in the ranks of Sub-Inspector and Inspector of Police, respectively and the officer who was sitting inside the car was a Superintendent of Police. This was exactly the incident which caught the attention of this Court. If IPS Cadre lady officers are going to face situations such as this, this Court thought that it is high time to take cognizance of the same to ensure that these instances do not happen in the future."

The Court noted that the victim officer was stopped by officers who are junior to her in rank and position, certainly depicting that the latter did not see the women as someone in power but as mere chattel.

"There is a faulty gene in men which sometimes make them think that a woman is subordinate to them and that at times she can even be treated like a chattel. History, time and again shows that it is after a very long struggle, and only in the last 25 years that women have somehow managed to get to top levels at workplaces including public service. That by itself, does not place them at a secure position since they are not seen in their stature as an officer or professional but continue to be seen merely with patriarchal eyes."

The Judge then proceeded to criticize the acts of Special DGP in the following words:

"If an officer, due to the power he veils, thinks that he can get over with his power and connections, from any act, this Court is not going to be a mute spectator and this Court will step in and ensure that the rule of law is preserved

The more the power that is vested in a person by virtue of the position that he is holding, the more stringent must be the punishment if he indulges in sexual harassment. Whosoever may be the person involved and whatever position he holds should never come in the way of the law taking its own course, more particularly when it comes to cases of sexual harassment."

The Court was informed that a FIR has been lodged in the matter and a Committee has been constituted to investigate the alleged incident.

However, the Bench was of the opinion that in the facts of the case, it may not be prudent to trust the investigation carried out by an institution, to which the accused belongs.

"It is true that an FIR has now been registered by the CBCID and it is brought to the notice of this Court that the case is going to be investigated by an officer not less than the rank of the Superintendent of Police. The mere registration of an FIR by itself does not take away the sordid state of affairs that is prevailing insofar as sexual harassment in workplaces are concerned.

The victim was maneuvered and manhandled by a posse of police officers to somehow prevent her from lodging the complaint. The accused person in this case is a high-ranking police official of the very same State Police Force which is stated to be investigating this case also. The propensity of the accused person to mobilise the State Police Force to thwart the course of justice is amply demonstrated by the incident that took place at Paranur toll gate."

In this backdrop, the Court was of the opinion that this is an extraordinary case where it is required to step into monitor the investigation, so as to ensure that it progresses on the right lines, and to retain public confidence in the investigation of the alleged crime by ringfencing the interference of the high and mighty in the corridors of power.

Further, considering the sensitivity of the issue and the ensuing elections that are going to take place in the State, the Court observed that there is a high possibility of politicising this issue.

To prevent the same, it has issued the following directions: