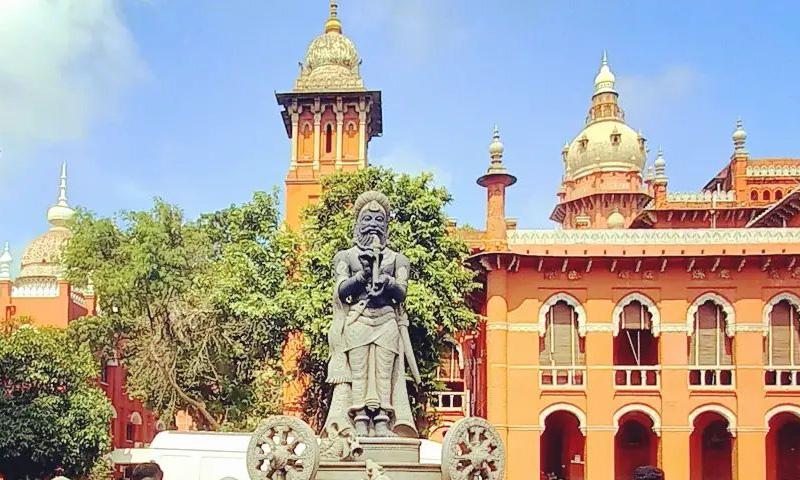 The Madras High Court has directed the state Health and Family Welfare Department and Directorate of Medical Education to provide special reservation to the third gender/ transgender in the admissions for Post Basic (Nursing) Course.

The direction was passed after a transgender woman approached the court with a plea seeking quashing of the Prospectus issued for the Post Basic (Nursing) Course and Post Basic Diploma in Psychiatry Nursing Course for the academic year 2022-2023 after she was considered only a woman in the merit list prepared by the Selection Committee.

Justice R Suresh Kumar observed that the non-inclusion of the petitioner in the special category was not just a mere omission but against the principles laid down by the Supreme Court and the Transgender Persons (Protection of Rights) Act, 2019.

Had there been the special reservation as directed by the Supreme Court provided to the transgender, certainly the petitioner would have been in a top position and would be in a position to get admission in the course concerned, said the court.

On the State's argument that the special reservation for transgender was not provide because only few transgenders live in the state and therefore if a particular percentage of seats is reserved for them, they may get wasted for want of candidates, the court said:

The petitioner, a nursing student, in 2018-19 applied for a Diploma in Nursing Course for Women. Though communal reservation was provided for the said courses, there was no separate reservation for the third gender viz., transgender. When she approached court for relief, the high court directed the authorities to keep one seat vacant in Diploma in Nursing Course for Women for the academic year 2018-19 under special category as Transgender. During the pendency of that case, she was given a seat for the course and she successfully completed it in 2021.

The petitioner this year applied for the course of Post Basic B.Sc. (Nursing) and Diploma in Psychiatry Nursing Course. However, she was treated only as a female candidate instead of transgender candidate and was ranked at 280. She again approached the court.

The petitioner's counsel contended that in the case of National Legal Services Authority Vs. Union of India and others, the court had directed the centre and the state government to treat transgenders as Socially and Educationally Backward Classes of citizens and extend all kinds of reservation in cases of admission in educational institutions and for public appointments.

This was reiterated by a division bench of the Madras High Court in K. Prithika Yashini Vs. The Chairman, Tamil Nadu Uniformed Services Recruitment Board.

It was also submitted that even after these specific directions of the court and the enactment of the Transgender Persons (Protection of Rights) Act, the prospectus was issued without providing such reservation.

The state on the other hand submitted that special reservation was not provided because the number of transgenders was very minimal and there was a possibility that such reserved seats would go vacant as there would be no takers. Out of the total 40 seats, 30 were reserved for women candidates, 10 were earmarked for male candidates.

Referring to the apex court's decision in National Legal Services Authority case and provisions of The Transgender Persons (Protection of Rights) Act, 2019, the court said no such reservation has been provided for the third gender candidates in the prospectus.

The court further noted that it was in the very case of the petitioner that directions were issued earlier for 2018-19 admission in the transgender category.

"When that being so, the non-inclusion of the petitioner in the special category meant for transgender for the purpose of calculating the merit for admission to the course of B.Sc. (Nursing) etc., for which the present notification was issued, is not a mere omission, it is against the judgments given by the Hon'ble Supreme Court as well as this Court and also against the provisions of the 2019 Act," it said.

Thus, the court said it has no hesitation to hold that the petitioner was entitled to get special reservation for the third gender/transgender category.

"The needful as indicated above shall be immediately undertaken by the respondents especially the 3rd respondent [Selection Committee] and accordingly the selection shall go on including the name of the petitioner under the special category i.e. transgender category," it said

Case Title: Tamilselvi v. The Secretary to Government and others

Counsel for the Petitioner: Mrs.Reshmi Christy