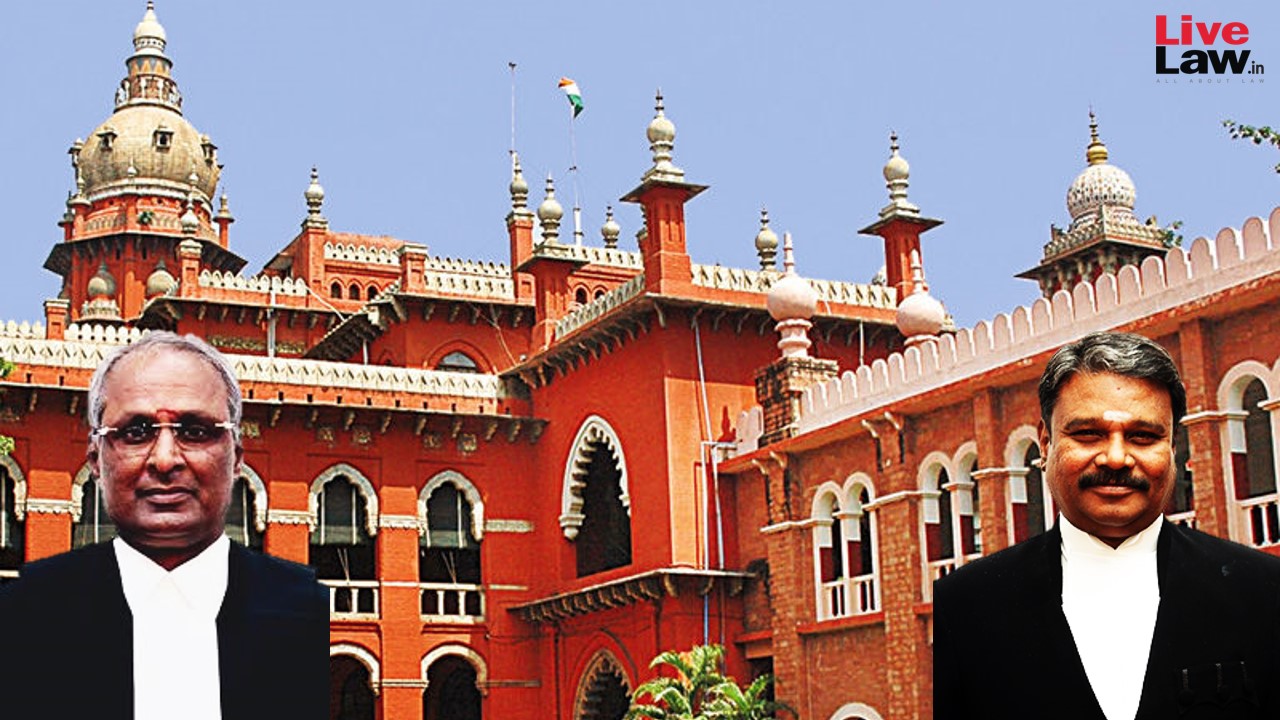 Taking strong objection against inordinate delay in considering the representation of the detenus, the Madras High Court directed the State of Tamil Nadu to establish a dedicated web portal and use technologies such as e-mail, fax or WhatsApp to track their movement and avoid delays.A division bench of Justices K.Kalyanasundamaram and B.Pugalendhi noted that despite passing of several orders...

Taking strong objection against inordinate delay in considering the representation of the detenus, the Madras High Court directed the State of Tamil Nadu to establish a dedicated web portal and use technologies such as e-mail, fax or WhatsApp to track their movement and avoid delays.

A division bench of Justices K.Kalyanasundamaram and B.Pugalendhi noted that despite passing of several orders and pulling up the authorities, it so appears that the delays in considering the representations are purposely made to get the detention orders quashed by the Court as to when such technical grounds are raised, the Courts are left with no other option, except to grant the relief sought for,

The Court relying on similar directions passed in the case of S.Rabiya Vs State of Tamil Nadu and two others noted,

"Time and again, this Court has reminded the authorities that though very many detention orders are passed in the State, most of them fail to stand before the judicial scrutiny because of the delay in considering the representation of the detenu. Even the proformas submitted by the State did not spell out the reasons for the delay in considering the representations."

While quashing the detention order in the instant case, the Court noted a delay of 25 days. It relied on In Rajammal v. State of Tamil Nadu and Another, where the apex court observed that the authority must explain any delay in disposal of the representation. If any delay were caused on account of any indifference or lapse in considering the representation, such delay would adversely affect further detention of the prisoner.

Vetting By PP Resulting In Delay In filing final report:

Taking note of a delay in filing final reports in several cases as it is sent to Public Prosecutors for vetting, the division bench gave two-fold observations: (1) there is no statutory requirement to get the report vetted from the Public Prosecutor; and (2) a hierarchy of officers in the directorate of prosecution can be approached.

The Court noted that neither the Code under Section 172(2) Cr.P.C. nor the Criminal Rules of Practice under Rule 25 (2) warrant the police to file the final report only after getting the opinion of the Public Prosecutor. However, even then, the professional vetting of the Public Prosecutor is sought to avoid basic defects. However, the same should not create mechanical delays failing in the prosecution.

If need be, the Court emphasised the directions laid in several precedents calling for expeditious vetting. The Additional Public Prosecutor can take a maximum of seven days to vet the final report. It further suggested that wherever professional vetting is required, the reliance should not be solely on the Public Prosecutors' office but a hierarchy of officers available in the Directorate of Prosecution.

While directing the Director-General of Police to issue instructions, the Court noted,

"Be it the Public Prosecutors or the Officers of the Directorate of Prosecution, they should be instructed to take a maximum of seven days to vet the final reports. There should be a mechanism of giving acknowledgements for the receipt of final reports for vetting, reminders in writing, if any, etc."

The father of the detenu approached the Court, challenging the order by which his son was detained as a drug offender under the 1982 Act on being found to possess 30kgs of Ganja. He, along with another, was detained on allegations of offences under Section 8(c) r/w 20(b) (ii)(C), 25 & 29(i) of the NDPS Act.

After that, he was arrested and remanded to judicial custody. He has filed a bail petition before the Special District and Sessions (E.C. & NDPS Act cases) Court, Madurai, which is pending.

The petitioners' case for setting aside the detention order rests on the sole basis that there is an inordinate and unexplained delay in considering the representation of the detenu, thereby violating the procedural safeguards guaranteed under Articles 21 and 22 of the Constitution of India.

Section 37 of the NDPS Act lays that regular bail is denied to an accused who are found in possession of a commercial quantity of contraband unless there are reasonable grounds for believing that the accused is not guilty of such offence and that he is not likely to commit any crime while on bail alone, will entitle him to bail. However, in case of grant of statutory bail under Section 167(2) Cr.P.C., if the final report is not filed within the stipulated period, the accused is entitled to default bail. An exception to the rule above can be found in Section 36A(4) of the Act, wherein the time limit for filing the final report in respect of cases involving commercial quantities of contraband is extended from 90 days to 180 days, further extendable upto one year as laid down in the proviso.

In the instant case, the detenu was released on statutory bail under Section 167(2) Cr. P.C. since the final report was not filed within the stipulated time limit of 180 days and an extension application under Section 36A(4) of the NDPS Act was not sought. On enquiring into a 25-day-delay the Court noted,

"We cannot conduct a roving enquiry on this episode. The Inspector of Police and the Special Public Prosecutor are passing the buck from one to another. None of them is taking the responsibility. Because of the lack of responsibility and accountability on the part of both the investigation and prosecution agency, an accused, who was found in possession of commercial quantities of contraband, was enlarged on statutory bail, despite the investigation was completed and the final report being prepared within the stipulated time limit."