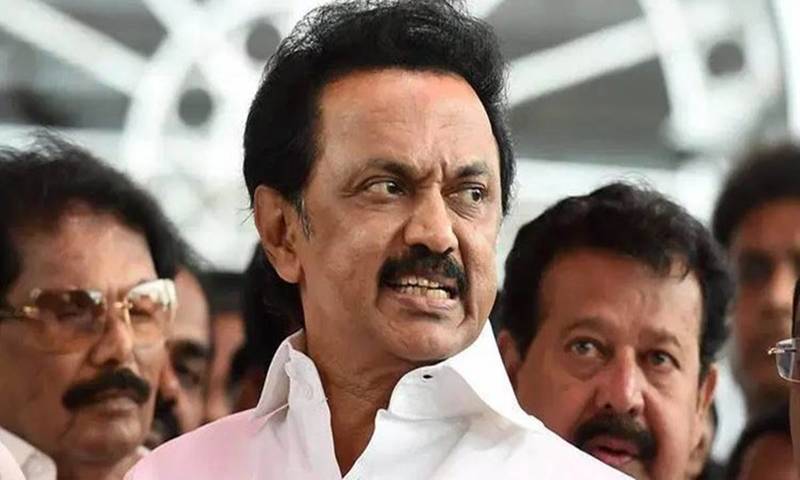 Yesterday, Youtuber and Naam Tamizhar Katchi (NTK) functionary Duraimurugan was granted bail by the Madras High Court in two cases pertaining to the nature of comments made against political rival and Tamil Nadu State Chief Minister, M.K Stalin. While allowing the bail application, Justice K. Murali Shankar sitting at the Madurai Bench also imposed a condition that the accused...

While allowing the bail application, Justice K. Murali Shankar sitting at the Madurai Bench also imposed a condition that the accused must deposit Rs 50,000 cumulatively for both cases in the Chief Minister Public Relief Fund (CMPRF), Tamil Nadu. For non-cancellation of bail, he has also been directed not to make any further derogative remarks through any medium.

The court accordingly noted in the bail order:

"On considering the entire facts and circumstances and taking note of the specific undertaking given by the petitioner that he will not make any derogative or personal remarks against any person and also the fact that the petitioner is in judicial custody from 11.10.2021, and considering his health issues, this Court is inclined to grant bail to the petitioner subject to the following conditions…"

Quoting Justice Oliver Wendell Holmes Jr., Justice K. Murali Shankar said that the right to freedom of speech under Article 19(1) (a) of Constitution and 19(3) of ICCPR can be regulated in order to honour the rights of others and in the interest of public order, public health or morals.

"Along with other exemptions notified under Article 19(2) of the Constitution of India, public order has been an exception that has been given a liberal interpretation in various judgments given by Constitutional Benches. This exception brings into its ambit all the activities that can possibly cause public disorder irrespective of any actual disruption whether caused by such activity or not. The public order has been further read to mean public peace, safety and tranquillity. Freedom of speech is not regarded as absolute, when the same conflicts with other rights and protections."

The court also recorded its observations about the thin line between freedom of speech and hate speech while granting bail:

"Hate speech has affected freedom of speech and expression widely in recent times and give rise to social unrest and public disturbance. Social networkings have become the most ordinary tool for spreading hate speech."

The first case against Duraimurugan arises from his allegedly inflammatory speech at Thuckaley on 10th November. The prosecution argued that the accused and his partymen gathered to conduct a protest on the said date, in violation of Covid-19 norms and despite the rejection of permission by the police. The primary allegation against Duraimurugan is that he made derogatory remarks against public personalities including the current Chief Minister. He was arrested on 11th November itself.

The accused argued that all the necessary sanctions were granted and the case was politically motivated.

According to the prosecution, in the second criminal case, Duraimurugan was booked for derogatory comments he made about Ex. Chief Minister Late Kalignar Karunanidhi and the present Chief Minister M.K.Stalin in a Youtube Channel.

Combining these two cases, Duraimurugan was booked for offences under Sections 143, 153, 153A, 504, 505 (1)(b), 505(2), 506 (i), 269 I.P.C., r/w Section 3 of Epidemic Diseases and Section 67 of Information Technology Act. The IPC Sections that Duraimurugan was charged with includes unlawful assembly, wantonly giving provocation with intent to cause riot, intentional insult with intent to provoke breach of the peace, statements conducing to public mischief, criminal intimidation, negligent act likely to spread infection of disease dangerous to life etc.

The prosecution also argued that there are six similar cases pending against Duraimurugan, The prosecution contended that despite the specific undertakings given by the petitioner for bail in some of these cases, he hasn't abided by the same; he has continued making derogatory remarks against persons contrary to the affidavits he signed.