'Magic', 'Masala' Common Words In Indian Food Industry; No One Can Monopolise Them : Madras HC In Sunfeast -Maggi Dispute 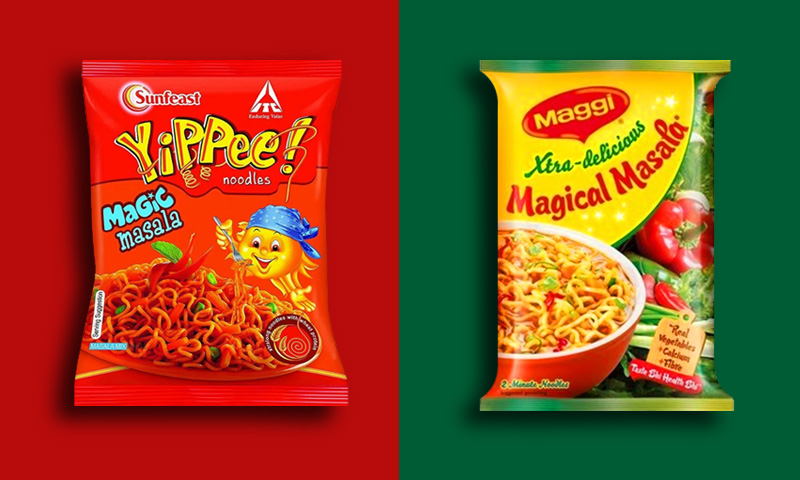 The Madras High Court had dismissed a suit filed by ITC Limited seeking to restrain Nestle Indian Ltd from using phrases "Magic Masala", "Magical Masala" with respect to its noodles product 'Maggi'.ITC claimed that it had exclusive right to use 'Magic Masala' with respect to its noodles brand "Sunfeast Yippiee!' launched in 2010. It complained that the use of the expression...

ITC claimed that it had exclusive right to use 'Magic Masala' with respect to its noodles brand "Sunfeast Yippiee!' launched in 2010. It complained that the use of the expression "Magical Masala" by Nestle for marketing its instant noodles viz."Maggixtra -delicious Magical Masala" launched in 2013 amounted to passing off and sough permanent prohibitory injunciton against them.

Turning down the prayer, a bench of Justice C Saravanan noted that the term "magic" or "masala" are common words in Indian food industry, and no one can claim monopoly over the same.

"Both the words 'Magic' and its derivative 'Magical' are common to the trade. Therefore, neither the plaintiff nor the defendant can claim any monopoly over the expression 'Magic' or 'Masala' for they are common words in Indian culinary and Indian food industry."

The bench observed that it would be fair to conclude that the expression "Magic Masala" was inspired from both the common words viz. "Magic" and "Masala".

The Court also said that these words were "laudatory" and their use by Nestle in 2013 for Maggie cannot be termed "malafide".

"It was a legitimate adoption by the defendant(Nestle) as no person can appropriate common and laudatory words."

The Court also added since "Masala" is a common word, no monopoly can be claimed over this term as well.

"It is a common name for describing the mixture of spice in majority of the Indian languages. Therefore, it can never be appropriated", the Court held.

In this regard, the Court noted the expression was first adopted by Lays for their potato chips.

It did not appear as if ITC had ever intended for the phrase "Magic Masala" to be used as a trademark or a sub-brand, given that no trademark application was filed to register the said phrase.

It was also noted that ITC did not actually intend use "Magic Masala" as trademark or a sub-brand as it merely called a flavour of Yippee! noodles as "Magic Masala" to help consumers to discern between different flavours.

The Court acknowledged that Nestle started using 'Magic Masala' drawing inspiration from ITC. However, that by itself will not amount to "passing off".