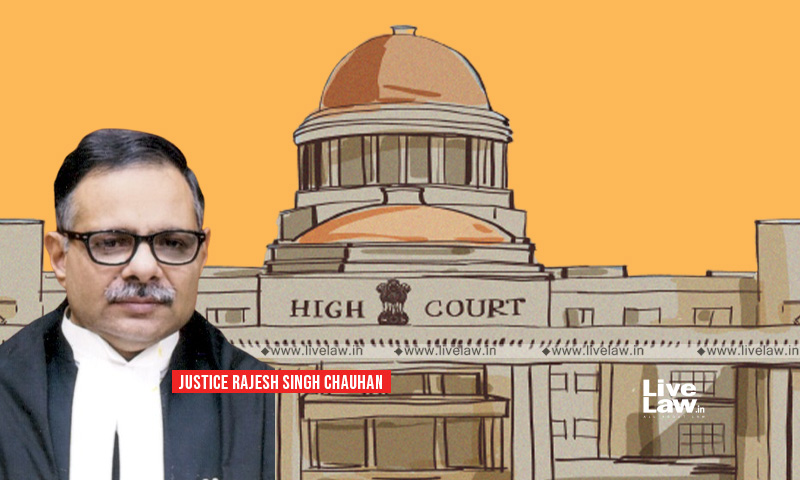 The Allahabad High Court last week ordered clubbing of the 3 Charge Sheets filed by the Uttar Pradesh Police against a CAA-NRC Protestor alleging his involvement with regard to more or less similar incidents.The Bench of Justice Rajesh Singh Chauhan observed that after taking cognizance of the first Charge Sheet, the Magistrate should have asked the Investigating Agency as to why,...

The Allahabad High Court last week ordered clubbing of the 3 Charge Sheets filed by the Uttar Pradesh Police against a CAA-NRC Protestor alleging his involvement with regard to more or less similar incidents.

The Bench of Justice Rajesh Singh Chauhan observed that after taking cognizance of the first Charge Sheet, the Magistrate should have asked the Investigating Agency as to why, after carrying out separate investigation in all the three, more or less similar incidents, three separate charge-sheets have been filed therein.

"So far as the manner in which the learned Magistrate has taken cognizance in all the three impugned charge-sheets is concerned, I must observe that while taking cognizance it appears that he has not applied his judicious mind and has not appreciated and perused the material available on record, particularly, not examined the complicity and involvement of the present petitioner..." the Court held.

Essentially, the Court was dealing with the case of Shamshad Ahmad, Manager of the Committee looking after the day-to-day affairs of one Mosque situated at Dargah Sharif, Bahraich, who argued that for one alleged incident, which took place on the same day in the proximity of time, three different FIRs should not have been lodged by the UP police against him.

It was the primary contention of the petitioner that if the prosecution wanted to prosecute him for the alleged acts that he did while participating in the Anti CAA-NRC protests, then three charge-sheets could have been clubbed together by the Police and the 2nd and 3rd charge-sheets should have been treated as a part of the first charge-sheet.

It may be noted that in the three FIRs (registered under more or less the same offenses against the petitioner), it had been alleged that the protesters (including the petitioner) were raising slogans against the Government for implementing CAA and NRC and about 100- 150 unknown people were allegedly throwing bricks and stones upon the police officials.

In his defence, the petitioner's Counsel submitted that he was absolutely unaware as to what information had been collected by the Investigating Officer suggesting against him regarding his involvement in the incidence in question.

He also challenged his implication in the case invoking the provisions of Section 120-B I.P.C. despite the fact that investigating Officer doesn't have concrete proof of prior meeting of mind of the person with the other co-accused against whom the FIR had been lodged.

At the outset, the Court agreed with the submission made by the petitioner's Counsel, Vikas Vikram Singh that the principle regarding 'Test of Sameness' should be followed by the Investigating Agency.

The Court noted that the Police Department is very well conscious about the aforesaid proposition, and therefore, the Director-General of Police had issued a detailed Circular in 2016 prohibiting the depreciable practice of lodging multiple F.I.Rs with regard to one incident.

Importantly, the Court further observed that in all the FIRs registered against the petitioner, the date and time of incidence are the same and in all the three FIRs, it has been alleged that the protesters were opposing the implementation of CAA and NRC.

Against this backdrop, the Court observed that the 'Test of Sameness' is applicable to the present matter, which says that where there is the proximity of time, or place or unity of purposes and design or continuity of action in respect of series of acts, the safe inference may be drawn that they form part of the same transactions.

The Court also said that in the present case, Investigating Officer should have clubbed all the FIRs and should have filed one charge sheet.