Maintainability Of A Petition Can Be Contested Long After Its Admission: Kerala High Court 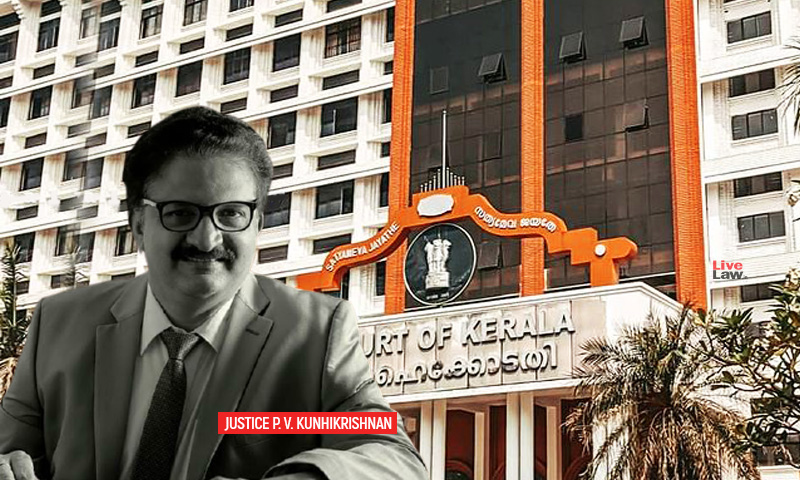 The Kerala High Court on Monday ruled that the question of maintainability of a writ petition can be raised by the respondents years after its admission and even if an interim relief has been granted on the plea. However, Justice P.V. Kunhikrishnan clarified that a high court while exercising its powers under Article 226 of the Constitution should ensure that its decision is equitable...

The Kerala High Court on Monday ruled that the question of maintainability of a writ petition can be raised by the respondents years after its admission and even if an interim relief has been granted on the plea.

However, Justice P.V. Kunhikrishnan clarified that a high court while exercising its powers under Article 226 of the Constitution should ensure that its decision is equitable to both the parties involved.

"...there cannot be any dictum or general rule that once a writ petition is admitted and an interim order is granted, the question of maintainability cannot be raised subsequently, even though the writ petition came up for hearing after several years. Each case has to be decided based on its facts. Of course, the exercise of discretion by this court while exercising the powers under Article 226, when an alternative remedy is available, that also after the lapse of several years from the date of admission of the case is to be fair to all parties."

The Court also suggested some of the relevant factors for high courts to exercise their discretionary power when a petition is admitted, despite there being an alternative remedy available:

Further, the Court narrated that interim orders are usually passed at the admission stage based on prima facie findings during which there may not be an appearance for the respondents.

The Single Judge added that this was a matter to be decided by the court concerned considering the facts and circumstances of each case.

"There cannot be any straight jacket formula on this issue. Each case has to be decided on the basis of facts in that case. But it is to be declared that, simply because a writ petition is admitted and a stay is granted at the admission stage, there is no rule that the question of maintainability in the light of alternative remedy available cannot be raised at a later stage of hearing the writ petition, even if several years elapsed after the admission of the case."

Two writ petitions were filed in 2014 and 2015 respectively challenging the orders passed by the Consumer Dispute Redressal Forum arguing that it had no jurisdiction to entertain the complaints. The petitions were admitted in 2015 and a stay was granted until further orders.

Thereafter, the petitions were pending for the last several years.

When the matter came up for final hearing, the respondents challenged the maintainability of the petitions citing that the petitioners had an alternate remedy under the Consumer Protection Act.

Advocates and for petitioners argued that since the cases have been pending for five years, they may not be relegated to avail of the alternative remedy.

However, the respondents placed reliance on Controller of Examinations & Anr. v. Sreya N. [2021 (5) KLT 560] to argue that the writ court need not entertain a petition challenging orders of consumer forums because the Consumer Protection Act mentions the hierarchy of forums to challenge the orders passed by the Consumer Dispute Redressal Forums.

Nevertheless, the petitioners argued that the said case has no applicability here since the availability of an alternative remedy will not have any relevance after the admission of the case, especially when the matter is pending before the court for several years.

Referring to a few authoritative apex court decisions, Justice Kunhikrishnan observed that it is neither the legal position nor a proposition that once a petition is admitted, it cannot be dismissed on the ground of an alternative remedy.

The Court noted that the Consumer Protection Act is a complete code that prescribes the entire hierarchy of courts, ie, District Forum, State Commission, National Commission and finally the Supreme Court.

It found that when such a hierarchy is mentioned in the Act, the High Court ideally need not entertain a writ petition challenging the orders passed by the District Forum or State Commission.

"But it is a settled position that even if there is alternative remedy, the High Court can entertain a writ petition under Article 226 of the Constitution of India, if justice demands for the same."

Since a High Court will not entertain a petition against the orders passed by the Consumer Forums in a routine manner, the Judge found it appropriate to decide each case on its own merit.

As such, the petitions were allowed after individual consideration and the impugned orders of the consumer forum were set aside.