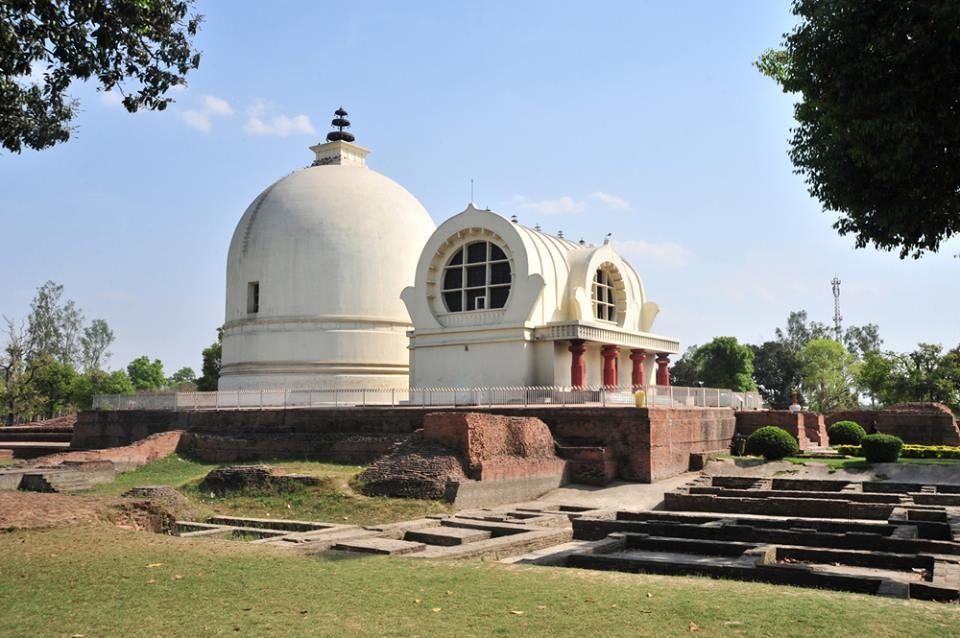 Taking serious note of non-compliance of its directions issued on 15th December 2020, the Allahabad High Court on Wednesday (13th January) directed the District Magistrate, Kushinagar and the respondent no.3 to appear before it with complete report of compliance of Court's order.

The Bench of Chief Justice Govind Mathur and Justice Saurabh Shyam Shamshery also directed the Officers to show cause as to why proceedings be not initiated against them under the Contempt of Court's Act, 1971 for not complying with the directions earlier given by this Court.

A petition was moved by one Shobha Singh relating to certain encroachments at an Archaeological site at Kushi Nagar where Lord Buddha attained Nirvāṇa and a relief was also prayed to drain the stagnated water from the site.

It was asserted in the plea that from last several months, rain water was stagnating but no action had been taken by the competent authorities despite repeated request.

It was also brought to Court's notice that several encroachments are existing at the site. Having considered the averments contained in this petition for writ, the Court had sought a complete response from the respondent nos. 1,2,3 and also from the District Magistrate, Kushinagar, Uttar Pradesh.

While lisitng the matter for 08th January 2021, the Court had issued directions that respondent no. 3 in consultation with District Magistrate, Kushinagar, Uttar Pradesh, would ensure drainage of stagnated rain water from the protected monument.

The Court had sought a working report along with necessary photographs in a form of affidavit before next date of listing.

However, on Wednesday (13th January) the Court was informed that no steps were taken in compliance of the order dated 15th December 2020.

While noting that the petition is related to an important issue with regard to proper maintenance of an important archeological site at Kushi Nagar, the Court said,

"It is really strange that the respondents who are otherwise responsible to maintain the site concerned are acting with lethargic ease. No care has even been taken to remove the stagnated rain water and also the encroachments existing there."

The matter has been listed for further hearing on Monday (18th January 2021).