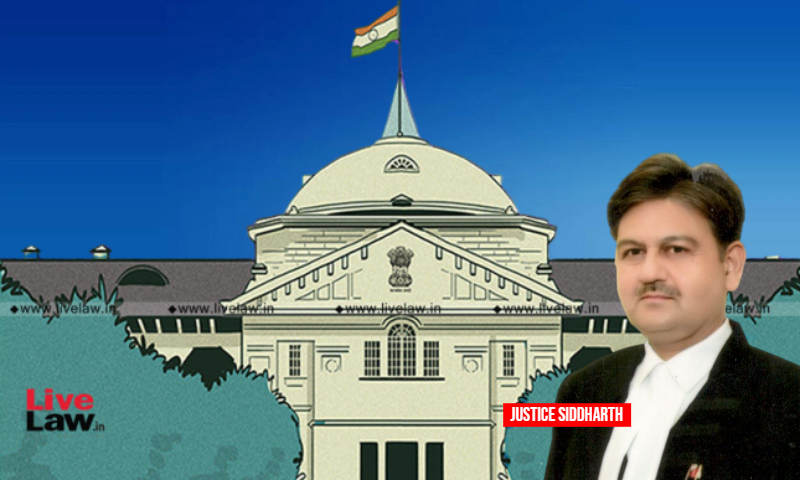 "...majority of the parents, whose son dies untimely, blame his widow for his death and want to get rid of her by resorting to all means, fair and foul, to deprive her of the estate of her husband," the Allahabad High Court observed as it ordered compassionate appointment for a widow.

The bench of Justice Siddharth observed thus while hearing a plea filed by Deepika Sharma seeking a direction to the District Basic Education Officer, Kushinagar, to grant her compassionate appointment on account of her husband's death.

It was her case that her husband was appointed as Assistant Teacher in the Basic School run under the Uttar Pradesh Basic Education Board, Allahabad in the year 2015, however, he died in September 2021 in harness. Thereafter, she made an application before respondent no.2 [District Basic Education Officer, Kushinagar] seeking a compassionate appointment.

She submitted that she has no source of income and after the death of her husband, she has reached the stage of starvation alongwith her one-year-old child.

Meanwhile, her father-in-law alleged that she was harassing his son due to which he became ill and later died. He further stated that on account of cruelty meted out by the petitioner to his son, he had died.

The father of the deceased also sent a Will of the deceased, executed in his favor to the District Basic Education Officer, Kushinagar. On account of the aforesaid facts, the compassionate appointment of the petitioner remained pending and therefore, she moved to the Court.

Now, at the outset, the Court noted that under the U.P. Recruitment of Dependents of Government Servants Dying in Harness, Rules 1974, rule 2 (c) defines the "family" of the deceased Government servant, as including "wife or husband, sons, and unmarried and widowed daughters".

In other words, the rules state that in case of the death of a person in government service, his/her wife or husband, sons, and unmarried and widowed daughters are eligible for compassionate appointment.

Against this backdrop, taking into account the facts of the case, the Court noted that prior to the death of the deceased, neither the father-in-law of the petitioner nor her brother-in-law had raised any grievance against the petitioner.

With this, noting that the father and brother of the deceased do not want that the petitioner may be given a compassionate appointment, the Court observed thus:

"Their conduct is not uncommon since the majority of the parents, whose son dies untimely, blame his widow for his death and want to get rid of her by resorting to all means, fair and foul, to deprive her of the estate of her husband. This is one such case where after the death of the husband of the petitioner, her father-in-law and brother-in-law are bent upon depriving her of appointment on a compassionate basis on account of the untimely death of her husband in harness. Their conduct shows that they will not accept her and her minor daughter as their family members anymore. In such a situation the petitioner is absolutely helpless."

The Court also underscored that section 2 (c) of the Rules does not include father-in-law or brother-in-law within the definition of family and therefore, they were not eligible for compassionate appointment.

"The rule was framed to provide immediate relief by way of appointment of one member of the family of deceased so that the family may not be pushed towards starvation after loss of the sole breadwinner. In this case, about seven months have passed and respondent no.2 is lingering the decision because of frivolous objections from the persons who are not members of the family of the deceased as per the Rule and who cannot get a compassionate appointment at all on account of the death of the husband of the petitioner," the Court added as it directed the respondent no.2 to grant compassionate appointment to the petitioner on any suitable post, within 12 weeks.

The writ petition was accordingly, allowed.