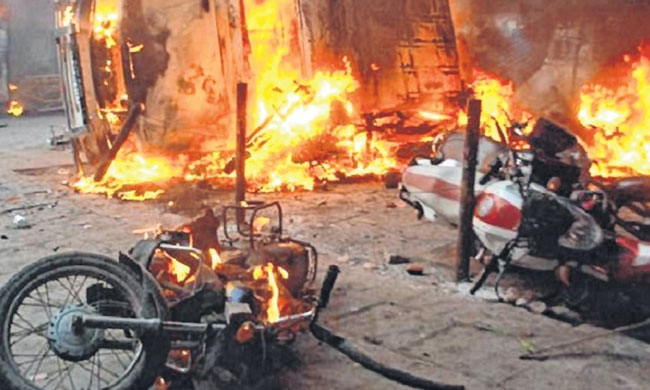 Bombay High Court Judge, Justice Revati Mohite Dere recused from hearing a plea in connection with the Malegaon 2008 Blast case after the petitioner raised an objection and stated that Justice Dere had represented the prosecution against a co-accused in 2011.

"Not before the Bench of which Justice Revati Mohite Dere is a member," the court's order read.

The bench comprising Justices Dere and Sharmila Deshmukh was seized with a petition filed by accused Sameer Kulkarni against the trial court's order permitting the examination of an expert who had certified certain call records connected to accused Lt Col. Prasad Purohit.

During a previous hearing Justice Dere was disinclined to grant relief to Kulkarni. The judge said that the court wouldn't hold the prosecution's hands after specifically directing NIA to produce at least two witnesses for examination on every date.

Justice Dere passed these pertinent directions in another petition filed by Kulkarni to expeditiously complete the trial.

However, on Friday Kulkarni cited three orders from 2011 wherein Justice Dere was part of the prosecution's team against petitions filed by Purohit. The pleas were eventually dismissed. Kulkarni said that since Justice Dere had appeared for the National Investigation Agency (NIA), her was not the appropriate bench for hearing any petition related to the Malegaon 2008 blasts.

However, Special Public prosecutor Sandesh Patil for NIA said the agency did not have any objection if the judge continued to preside over the matter and there were judgements which permitted it.

However, Justice Dere said that since Kulkani had objected she would recuse from these matters.

Six persons were killed and around 100 injured when an explosive device strapped to a golden LML Freedom motorcycle registered in the name of BJP MP Pragya Singh Thakur went off near a mosque in Malegaon, a town in north Maharashtra, on September 29, 2008.

While the case was initially investigated by the ATS, the NIA took over investigations and considerably watered down the charges against the accused.

Thakur and Purohit have been charged with murder, voluntarily causing grievous hurt by dangerous weapons, promoting enmity between different groups on grounds of religion, race, place of birth, residence, language, etc, and doing acts prejudicial to maintenance of harmony on him, relevant sections under The Arms Act, The Indian Explosive Substance Act, and Unlawful Activities Prevention Act.