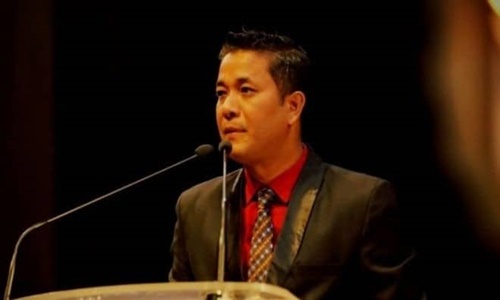 Manipur journalist Kishorchandra Wangkhem, who was detained under the National Security Act on November 27, 2018 for making Facebook posts against Prime Minister and Manipur CM, has been released by the Manipur High Court today.The hearing in the habeas corpus petition filed against the detention order was concluded on March 4 and the judgment was pronounced today. The High Court quashed...

Manipur journalist Kishorchandra Wangkhem, who was detained under the National Security Act on November 27, 2018 for making Facebook posts against Prime Minister and Manipur CM, has been released by the Manipur High Court today.

The hearing in the habeas corpus petition filed against the detention order was concluded on March 4 and the judgment was pronounced today.

The High Court quashed the detention order on coming to the conclusion that the detaining authority did not supply to Wangkhem the copies of the Facebook posts and compact disc containing the videos uploaded by him, which resulted in depriving him of the opportunity to make an effective representation against the detention order.

"We have no hesitation to come to the conclusion that non furnishing of the pictures with copies alleged to have been posted by the petitioner on his Facebook wall on 07.08.2018  and the compact disc containing four clips of the petitioner vitiates the very detention order dated 27.11.2018", held the Division Bench of Justice Lanusungkum Jamir and Nobin Singh.

Since the detention order was quashed on this ground, the Court did not proceed to examine other substantive arguments raised in the petition.

Wangkhem, who was a journalist with a local news channel ISTV, had posted critical comments in Facebook against Chief Minister N Biren Singh, PM Modi and RSS. He posted videos in Facebook calling CM a "puppet" of PM Modi, and also criticising the move of the state government to celebrate the birth anniversary of Rani Jhansi as totally unnecessary.

He was arrested on November 24, in a criminal case registered under Section 124A IPC(sedition). But he was released on bail by Chief Judicial Magistrate Imphal West on November 26, observing that his social media posts were "mere expression of opinion against the Prime Minister of India and Chief Minister of Manipur, which cannot be equated with an attack to invite people to violence against the Govt. of India or Manipur to topple it".The CJM further noted in the bail order that "The government, especially its functionary like Prime Minister or Chief Minister cannot be so sensitive as to take offence upon expression of opinion by its citizen which may be given every nicely by using proper words or indecently by using some vulgar terms"

The very next day of his release on bail, he was detained under NSA. In the detention order, it was stated that "his activities were prejudicial to the security of the State and to the maintenance of public order". His representation against the detention order was rejected by the District Magistrate on December 7. The State Government confirmed the detention on December 14 and fixed the period of detention as 12 months.

Challenging the detention order, he filed a habeas corpus petition in the High Court on December 20. The representation filed by him against the detention was rejected by the Central Government on January 30.

The Attorney General of Manipur justified the detention order stating that his video clips had used "unconstitutional and invective words and blamed the existing Governments both the centre and state for their policy and programme under the Prime Minister on India in connivance with the RSS". The AG further advanced that Wangkhem's statements against the celebration of Rani Jhansi's birth anniversary indicated that he "spoke and acted in support of the militant/terrorist organizations presently operating in Manipur thereby showing his seditious attitude and leaning towards unlawful organizations(sic)".

The Asst.Solicitor General submitted that the Union Government's rejection of his representation was justified.

The Court on finding that the controversial pictures posted in Facebook and the videos were not furnished to the detenu, held the detention order to be illegal.

He had reportedly developed severe health problems in jail and was being treated at the government-owned Jawaharlal Nehru Institute of Medical Sciences (JIMS) in Imphal since mid March.

His detention under NSA had drawn worldwide condemnation.

The American Bar Association Centre for Human Rights (ABACHR) had issued a statement saying "Police documents, the NSA Arrest Order, and submissions by the government during the habeas corpus proceedings improperly cite legitimate expressions of opinion - Facebook videos in which Mr. Wangkhem cursed and criticized the ruling party - as the predicate for detention. As a state party to the International Covenant on Civil and Political Rights, India is required to protect the right to freedom of expression, including the expression of unpopular opinions."