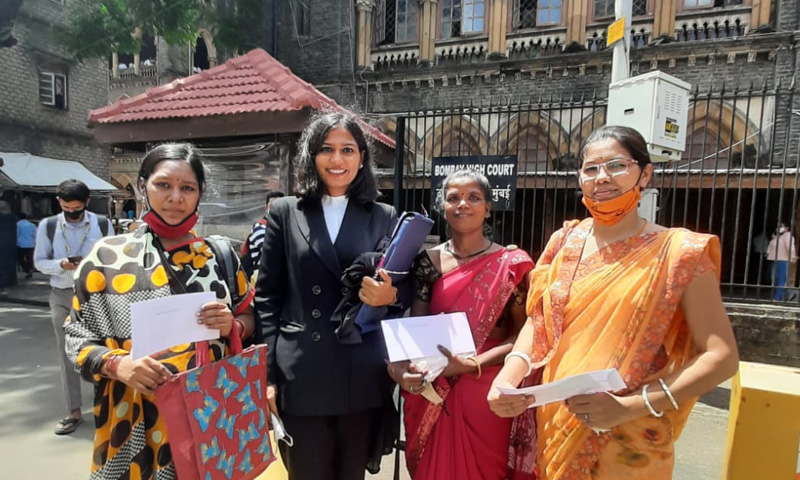 x
The Court said it shall monitor the case to ensure that all provisions of the Prohibition of Employment of Manual Scavengers Act, 2013 are implemented.

The Bombay High Court on Friday directed the concerned District Collector to compensate and rehabilitate widows of three manual scavengers, who lost their lives cleaning septic tanks. Calling the case an "eye- opener," a division bench of Justices Ujjal Bhuyan and Madhav Jamdar in an interim order directed compensation of Rs. 10 lakh to be paid within a period of four weeks in...

Calling the case an "eye- opener," a division bench of Justices Ujjal Bhuyan and Madhav Jamdar in an interim order directed compensation of Rs. 10 lakh to be paid within a period of four weeks in accordance with the decision of the Supreme Court in Safai Karamchari Andolan v. Union of India.

The three women - Vimla Govind Chorotiya, Neeta Santosh Kalshekar and Bani Vishwajit Debnath - had approached the court after their husbands lost their lives while cleaning a septic tank in a private housing society in Govandi on 23rd December, 2019.

The court said the State would be at liberty to recover the money from the concerned party.

Advocate Isha Singh for the petitioners argued that even though the deaths had taken place in a private housing society, the State was strictly liable and was responsible for providing compensation to the families in accordance with Article 17 of the Constitution (abolition of untouchability).

She cited the Supreme Court judgement in Safai Karamchari Andolan v. Union of India in 2014 and clarification issued in 2016 to submit that the Government must provide Rs. 10 lakhs to the family of every person who has lost their life in sewerage work, irrespective of whether they were in public or private employment.

For the State, Government Pleader Poornima Kantharia, on Thursday, cited a government resolution by which the state only has to oversee compensation by the private party and not dispense with compensation itself.

However, on Friday Kantharia submitted that in addition to compensation, the Government was further willing to rehabilitate the petitioners in accordance with Section 13 of the Prohibition of Employment of Manual Scavengers Act, 2013 by providing their children scholarships. She highlighted how the petitioners would be included in the list of manual scavengers.

She also informed the Court that in accordance with the Court's instructions on Thursday, she had brought 3 cheques of Rs. 1.25 lakhs each for the petitioners.

The bench then passed the following directions:

● The petitioners shall be compensated with a sum of Rs. 10 lakhs within the period of 4 weeks from the date of this order.

● Rehabilitation measures shall also be provided to the widows.

● State of Maharashtra should give information to the Court with respect to the persons who died in Maharashtra as Manual Scavengers from the year 1993.

● The State of Maharashtra should also inform the Court as to how many Manual Scavengers have been identified in the State and whether any compensation has been given to their families.

The court further stated that it would monitor the case to ensure that all the provisions of the Prohibition of Employment of Manual Scavengers Act, 2013 are implemented.

The court has further decided to examine whether a 2019 Maharashtra Government Resolution regarding the payment of compensation to manual scavengers is in accordance with the directions of the Supreme Court.

Also Read: "It Is Inexplicable That In A Democracy Manual Scavengers Sacrifice Their Lives For Better Health Of Their Fellow Beings": Orissa HC Orders 10L Compensation To Sanitation Workers' Family Who Lost Life