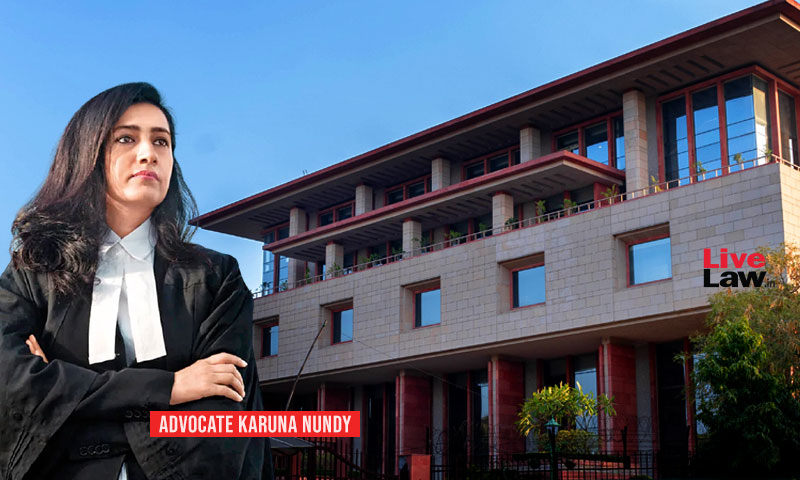 The Delhi High Court on Wednesday continued hearing a batch of petitions challenging the exception to Section 375 of the Indian Penal Code, which exempts forceful sexual intercourse by a man with his own wife from the offence of rape.Advocate Karuna Nundy argued before a bench of Justice Rajiv Shakdher and Justice C Hari Shankar that the marital rape exception takes away a married woman's...

The Delhi High Court on Wednesday continued hearing a batch of petitions challenging the exception to Section 375 of the Indian Penal Code, which exempts forceful sexual intercourse by a man with his own wife from the offence of rape.

Advocate Karuna Nundy argued before a bench of Justice Rajiv Shakdher and Justice C Hari Shankar that the marital rape exception takes away a married woman's ability to say a 'joyful yes' to sexual intercourse, adding that her sexual desire and consent is reduced to a nullity.

Nundy argued that the exception 2 of sec. 375 of IPC does not recognize the right of a married woman to say no to sexual intercourse with her husband, therefore being violative of Article 19(1)(a) of the Constitution for limiting a married woman's right to freedom of sexual expression and behaviour.

Furthermore, Nundy argued that the exception is unconstitutional as it places privacy of marriage above the privacy of an individual.

On the aspect of constitutionality of the impugned exception, Nundy argued that the perceived objective of the Marital rape exception with regards to the institution of marriage and protection of conjugal rights cannot triumph a wife's right to the privacy and other rights guaranteed to her under Article 21.

Answering a question put forth by the bench as to whether the Court will be creating a new offence in case it decides to strike down the exception 2, Nundy submitted that striking down of the exception will not be creation of a new offence and that its effect would only be that a new class of offenders will be constituted.

"… an extension of the law to cover situations that would otherwise be covered except for an unlawful exception…this is not creating a new offence.," Nundy said.

To argue this, Nundy referred to the definition of 'offence' under the CrPC and General Clauses Act and also relied on various authorities including Queen Empress v. Kandhala and Khushboo v. Kanniammal to read out the statutory as well as the judicial  interpretation given to the meaning of an offence.

"Therefore it's our submission that the offence of rape is the act of forcible non consensual intercourse as described in clauses a to d. And clauses firstly to seventhly which is the will and consent part, the two components. This is entirely separate from the question of relationship between Perpetrator and victim of the act. Any act falling within the provision will be rape," Nundy submitted.

Furthermore, Nundy argued that the exception is unconstitutional as the marital relationship between the victim and the perpetrator has no rational nexus with the object of rape laws.

On the aspect of sentencing, Nundy addressed the arguments raised by the respondents and intervenors who had argued that the Court should not exercise its jurisdiction to strike down the impugned exception as doing so would invite the application of a high mandatory minimum sentence on husbands.

Nundy argued that the quantum of the minimum sentence imposed for the offence of rape cannot be a consideration or a factor in determining constitutionality of the exclusion of marital rape from scope of rape. She said that the impugned exception, having failed to withstand the test of constitutional scrutiny, it is the Court's bounden duty to declare the same as void under Art. 13 of the Constitution.

"Existence of high mandatory minimum cannot be reason for the court to not strike down an act which is really unconstitutional," Nundy said.

Furthermore Nundy argued "There is a clear mandate for the courts to act and bring justice to women who have been subject to forced sexual intercourse and for the tiny minority who wish to go to court for the recognition of harm they have suffered...and for them to receive protections and justice."

Nundy also argued that the scope of the Domestic Violence Act is bound and limited by IPC. She said if a woman is sexually abused by her brother in law or father in law, she may get a protection order under the Act and in case the same is violated, the court under sec. 31 of the Act can frame charges against such a man under sec. 498A or 375. However, she said that the position is slightly different in a situation where the man is her husband.

"If she is a separated wife, then charges can be framed under sec. 376B. But if it is her husband, he can't be framed because it's not an offence," she added.

Furthermore, concluding her rebuttal arguments, Nundy addressed the submissions made by the Central Government on the marital rape issue. She specifically addressed the argument wherein the Centre has said that social conditions prevalent in India are also required to be taken into account and that merely because western countries have criminalized rape doesn't necessarily mean India will do it too blindly.

"I wonder whether it was a stray comment but I wonder it's not because same assertion has been made in other pleadings. Basically saying that if you're a poor or illiterate women then marital rape shouldn't be criminalized. This is the Union of India, this is the Govt and this is why we are before the Court," Nundy argued.

The matter will now heard tomorrow when Senior Advocate Colin Gonsalves will begin his rebuttal arguments on behalf of one of the petitioners.

Yesterday, Nundy had argued that the marital rape exception is archaic, based on an outdated notion of marital relations that has no place in a just, constitutional and criminal order. She had also argued that until the act of marital rape becomes an explicit offence, it will remain condoned.

Previously, she had argued that the marital rape exception provided under sec. 375 of Indian Penal Code violates a woman's right to dignity, personal and sexual autonomy and her right to self expression enshrined under the Constitution of India.