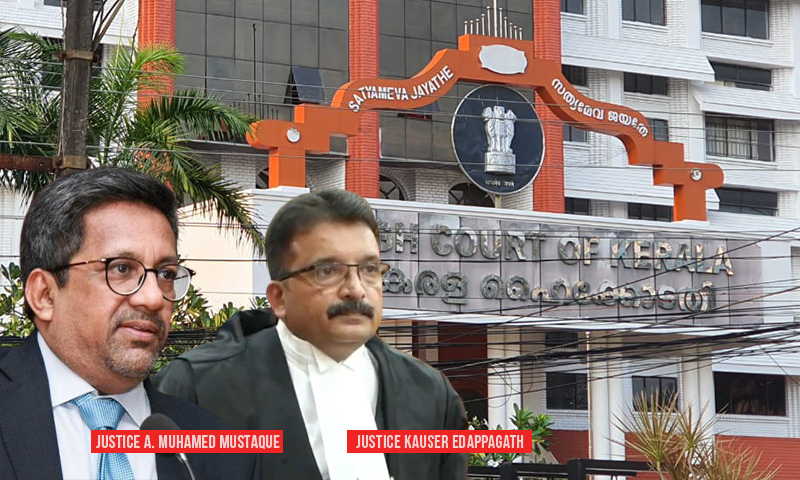 The Kerala High Court in a significant judgment upheld that marital rape, although not penalised in India, is a good ground to claim divorce while dismissing a set of two appeals filed by a husband challenging the decision of the Family Court.A Division Bench of Justice A. Muhamed Mustaque and Justice Kauser Edappagath made several significant observations while granting divorce to...

The Kerala High Court in a significant judgment upheld that marital rape, although not penalised in India, is a good ground to claim divorce while dismissing a set of two appeals filed by a husband challenging the decision of the Family Court.

A Division Bench of Justice A. Muhamed Mustaque and Justice Kauser Edappagath made several significant observations while granting divorce to the wife

Read the most significant observations here

A husband's licentious disposition disregarding the autonomy of the wife is a marital rape, albeit such conduct cannot be penalised, it falls in the frame of physical and mental cruelty.

In modern social jurisprudence, spouses in marriage are treated as equal partners and husband cannot claim any superior right over wife either with respect to her body or with reference to individual status. Treating wife's body as something owing to husband and committing sexual act against her will is nothing but marital rape.

Autonomy essentially refers to a state of feeling or condition one believes to possess having control over it. In matrimony, spouse possesses such privacy as invaluable right inherent in him or her as individual. Therefore, marital privacy is intimately and intrinsically connected to individual autonomy and any intrusion, physically or otherwise into such space would diminish privacy.

Merely for the reason that the law does not recognise marital rape under penal law, it does not inhibit the court from recognizing the same as a form of cruelty to grant divorce. We, therefore, are of the view that marital rape is a good ground to claim divorce

Insatiable urge for wealth and sex of a spouse would also amount to cruelty.

The pleadings canvassed on the grounds for divorce in such proceedings are more destructive of the relationship dismissing any chance of reunion.

A spouse in a marriage has a choice, a choice not to suffer, which is fundamental to the autonomy guaranteed under natural law and the Constitution. Law cannot compel a spouse to suffer against his or her wish by denial of divorce by the court.

In a changed scenario of marriage in the society, shifting from the social philosophy to individual philosophy, we are afraid whether the present divorce law on enumerated grounds would stand to the test of constitutionality. Fine balancing of individual choice and individual's best interest is missing in such law.

The framework of divorce law must be with an objective to help individuals to take a decision on their own affairs. This framework must promote a platform at different levels to enable individuals to exercise free choice.

Our law also should equip to deal with marital damages and compensation. We need to have a law dealing with human problems with a humane mind to respond.

There cannot be any difficulty in having a common code of law to all communities, at least for marriage and divorce on the above line. Individuals are free to perform their marriage in accordance with personal law, but they cannot be absolved from compulsory solemnization of the marriage under secular law.

Marriage and divorce must be under the secular law; that is the need of the hour. Time has come to revamp the marriage law in our country.