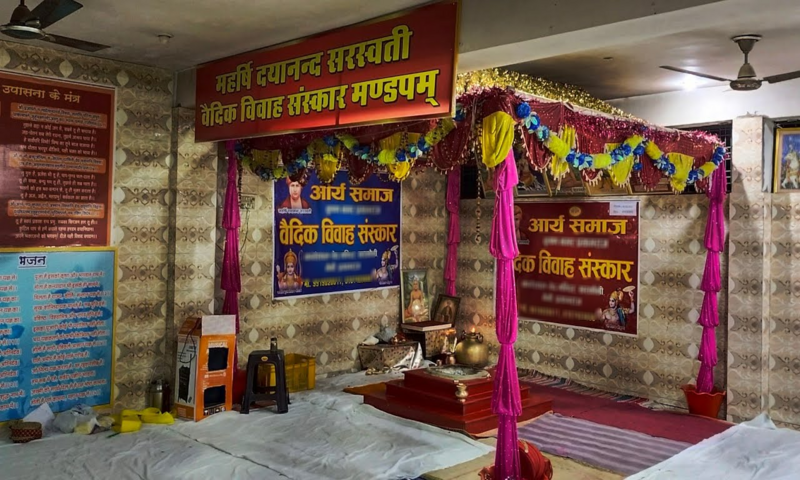 The observation came from the bench of Justice Surya Prakash Kesarwani and Justice Rajendra Kumar-IV which was dealing with a first appeal filed by one Ashish Morya challenging an order of the Principal Judge, Family Court, Saharanpur dismissing his application filed under Section 9 of the Hindu Marriage Act, 1955.

Mourya had essentially filed a Section 9 HMA application seeking restitution of conjugal rights with the defendant, who he claimed to be his wife. However, the defendant-respondent clearly denied any marriage between her and the plaintiff-appellant.

"Learned counsel for the plaintiff-appellant has also completely failed to place before us any statutory provisions enabling the Arya Samaj to issue a marriage certificate. Thus, we have no difficulty holding that the Marriage Certificate issued by Arya Samaj has no statutory force...in the absence of a valid marriage, the marriage certificate of Arya Samaj is not proof of a valid marriage of the plaintiff-appellant and the defendant-respondent." the Court said.

The Court also observed that as per Section 7 of the 1955 Act, a Hindu marriage may be solemnized in accordance with the customary rites and ceremonies of either party thereto and that where such rites and ceremonies include the Saptapadi i.e. the taking of seven steps by the bridegroom and the bride jointly before the sacred fire, the marriage becomes complete and binding when the seventh step is taken.

In view of this, the Court noted that it was an admitted case of the plaintiff/appellant that the rites and ceremonies of Saptapadi had not taken place in the alleged marriage of the plaintiff with the defendant on 29.06.2021 and therefore, the court said that factum of the marriage was not proved.

As far as his plea for restitution of conjugal rights was concerned, the Court noted that since there was no proof of valid marriage, therefore, the court below had not committed any error of law to dismiss the suit.