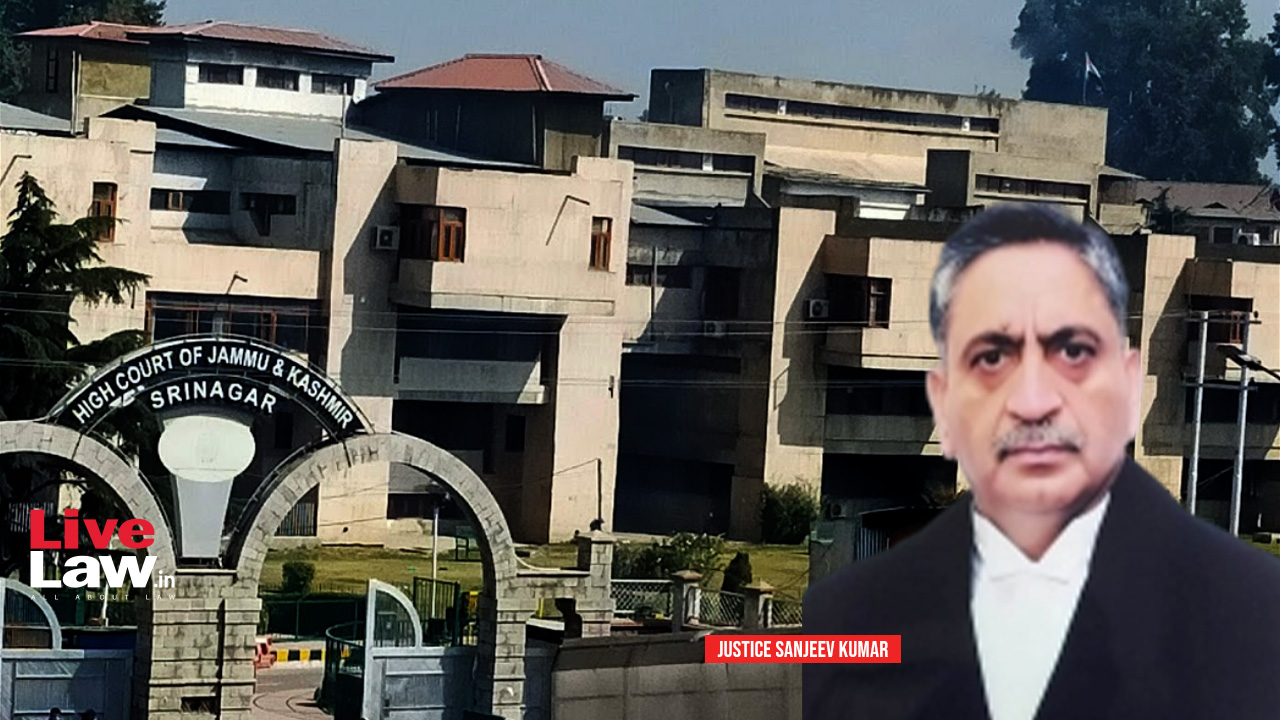 The Jammu and Kashmir and Ladakh High Court on Friday ruled that doctors who possess one of the medical qualifications recognized under the Indian Medical Council Act, 1956 and have experience of not less than two years in the field of sex selection or pre-natal diagnostic techniques fall within the ambit of term "medical geneticist".

It held that medical geneticists shall not be under an obligation to undergo any training or competency based assessment test and hence they are exempted from the operation of Preconception and Pre-natal Diagnostic Techniques (Prevention of Sex Selection) (Six Months Training) Rules, 2014.

The bench comprising Justice Sanjeev Kumar made these observations while hearing a plea in terms of which the petitioner had called in question a notification issued by the UT administration, by virtue of which a decision had been taken to conduct an examination as per the 2014 Rules, as amended by (Amendment) Rules, 2020.

In their plea the petitioners also sought a direction to the respondents not to put MBBS doctors having experience of two years in the field of sex selection and pre-natal diagnostic techniques to competency based test, as, in terms of Section 2(g) of the 1994 Act, they are exempted and are not required to qualify such test.

The notification was assailed primarily on the ground that the same is in violation of the Pre-conception and Pre-natal Diagnostic Techniques (Prohibition and Sex Selection) Act, 1994 ["1994 Act"] and the Rules framed thereunder.

The petitioners submitted that they are running their ultrasound clinics/imaging centres pursuant to the registration granted by the appropriate authority (Chief Medical Officer) under Section 19(1) of the Pre-natal Diagnostic Techniques (Regulation and Prevention of Misuse) Act, 1994 and therefore both the petitioners claimed being the persons possessing medical qualification recognized under the Indian Medical Council Act have acquired the experience of more than two years in the field of Pre-natal Diagnostic Technique.

After hearing the counsels at length, Justice Kumar observed,

"I am of the view that a medical geneticist', as defined in Section 2(g) of the 1994 Act, is not required to undertake any training or qualify competency based assessment as specified in Schedule II of the 2014 Rules."

(ii) A sonologist or imaging specialist or registered medical practitioner having Post Graduate degree or diploma or six months training duly imparted in the manner prescribed under 2014 Rules.

"It is, thus, beyond any pale of doubt that a medical geneticist, as defined in Section 2(g) of the 1994 Act, is a person qualified to set up Genetic Clinic/Ultrasound Clinic/Imaging Centre and a medical geneticist, as defined in Section 2(g), would include a person possessing one of the medical qualifications recognized under the Indian Medical Council Act, 1956 and possesses experience of not less than two years in any of these fields i.e. either in sex selection or in pre-natal diagnostic techniques". the bench underscored.

Deliberating further the bench explained that from a reading of Rule 6 in conjunction with Section 3 of 1994 Act and definition of "medical geneticist" given in Section 2(g) thereof as also Rule 3 of the 1996 Rules, it becomes abundantly clear that six months training under 2014 Rules is required for the registered medical practitioner other than a Medical Geneticist, a Sonologist or Imaging Specialist.

In view of the aforesaid discussion the bench allowed the petition and the impugned notification insofar as it pertains to the petitioners was quashed and a declaration was issued by the court that the petitioners being medical geneticist running their genetic clinics/ultrasound clinics for the last several years are not required to undertake any six months training or to qualify competency based assessment as specified in Schedule II of the 2014 Rules.

"The respondents shall, accordingly, process the cases of the petitioners for renewal/re-issue of certificate of registration in their favour provided they fulfill and comply with other requirements of the 1994 Act and the Rules framed thereunder", the bench concluded.