[Medical Education] It Is Obligatory For Students To Satisfy Bond To Serve At Govt. Hospital Executed At Time Of Admission': MP HC [Read Order] 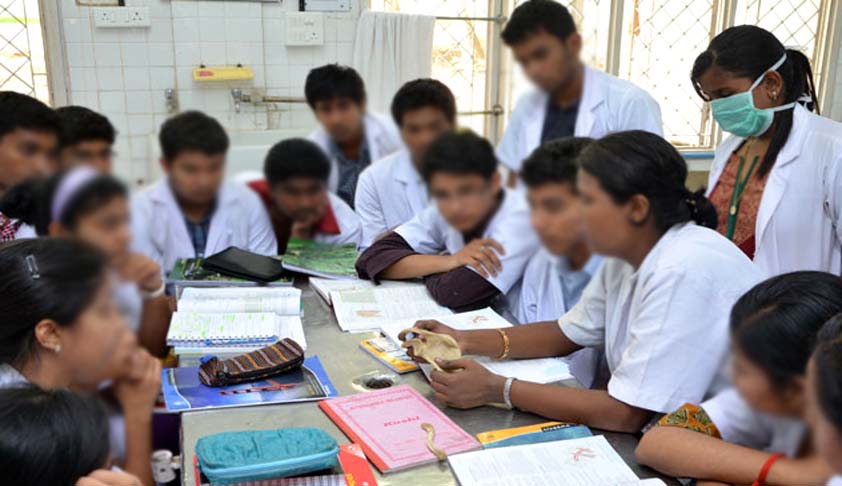 The Madhya Pradesh High Court last week held that since there is no fundamental right to pursue post-graduation medical education, specially in Government colleges where higher education is subsidised, it is obligatory for the students to execute bond to render services at government hospitals for a stipulated period at the time of their admission.

"At the time of admission, execution of bond is an obligation on the student as he is going to get higher education on subsidised basis. Therefore, he will perform special duties as mentioned in the said bond. If he fails to comply with the conditions precedent in the bond within the specified time, he will be liable to pay the bond amount", declared the Division Bench.
The petitioner had sought a direction "to extend the period of bond as per the instructions issued by the DME and for that purpose, if any additional affidavit from the parents is required then the petitioner may be permitted to submit the affidavit in pursuance to the directions, and, the original documents of the petitioner be returned after taking the affidavit at the time of counselling"
The Court stated that the conditions precedent for executing the bond cannot be challenged and it is no way violative of any constitutional right.
It was urged on behalf of the petitioner that he is meritorious person and he has done MBBS Course from Netaji Subhash Chandra Bose Medical College, Jabalpur in the year 2008-2013. Thereafter, he applied for Post Graduation Diploma in Orthopedics and got admission in Gajra Raja Medical College (GRMC) Gwalior in the Batch 2017-2019. The petitioner had submitted a bond at the time of taking admission in the MBBS Course. Thereafter, the petitioner had taken No-Objection in the High Court of Madhya Pradesh and he got admission in Post-Graduation Diploma in Orthopedics. At the time of admission, the petitioner had deposited all original documents in the office of GRMC, Gwalior. Again, at the time of admission the petitioner executed a bond that he will render one year services in the Government Hospitals after completing diploma otherwise he will be bound to deposit Rs.8.00 lacs towards the bond. Accordingly, the petitioner applied for rendering services in GRMC Gwalior in the Super Speciality Hospital and he has been allowed to join on 6.8.2019.

In October, 2019, an advertisement was published with regard to PG Courses and petitioner appeared in the NEET Examination and secured 7888 rank. The counselling for the aforesaid PG Courses was to be started from 12.3.2020 to 22.3.2020. As per the direction of Dean, GRMC Gwalior, the petitioner was ready and willing to submit his as well as his parent's affidavits in terms of the instructions issued by the DME on 25.2.2020.

Per Contra, the counsel appearing for the respondents have opposed the prayer and submitted that the petitioner is at fault. He has neither fulfilled the conditions of bonds executed on various occasions nor deposited any money as per the bond requirement.

Denying any relief to the petitioner, the court dismissed the writ petition.