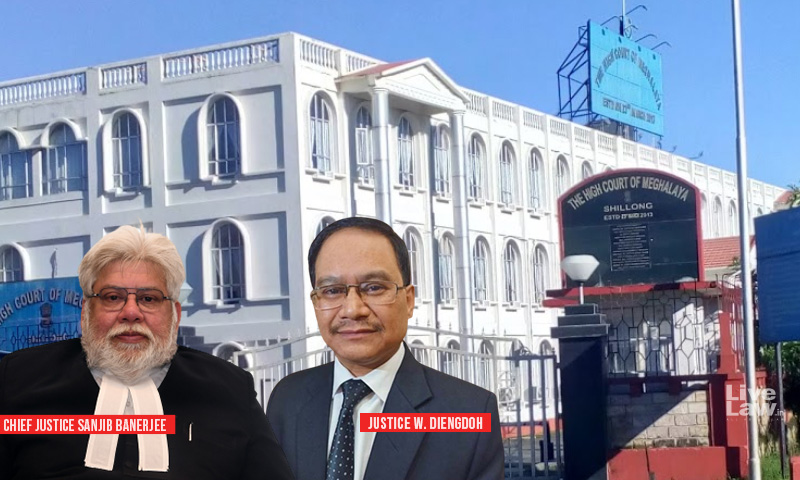 In an interesting development, a Division Bench of the Meghalaya High Court, comprising of Chief Justice Sanjib Banerjee and Justice W. Diengdoh, has conditionally affirmed the decision of the Single Judge, who had provided relief to a National Eligibility-cum-Entrance Test (NEET) candidate, whose initial e-counselling invitation mail was delivered in her 'spam...

In an interesting development, a Division Bench of the Meghalaya High Court, comprising of Chief Justice Sanjib Banerjee and Justice W. Diengdoh, has conditionally affirmed the decision of the Single Judge, who had provided relief to a National Eligibility-cum-Entrance Test (NEET) candidate, whose initial e-counselling invitation mail was delivered in her 'spam box'. It observed,

"In this case, when it was fairly obvious that if the writ petitioner had merely attended the e-counselling, she would have obtained the seat, and there is no reason to believe that the writ petitioner would have deliberately acted to her detriment, the window that opened up fortuitously permitted the exercise of the discretion by the writ court."

The Single Judge Bench took note of the fact that the writ petitioner (Respondent herein) was not aware that she had been forwarded the link for e-counselling as the same did not appear in the regular inbox of her e-mail. However, after the initial round of e-counselling, the writ petitioner discovered that the link sent by the institution, i.e., NEIGRIHMS (the Appellant herein) through mail was received in her spam folder, instead of showing up in the inbox.

The petitioner did not participate in the initial counselling and was marked as 'absent'. After such initial e-counselling, 14 out of the 18 seats reserved for the relevant category to which the writ petitioner belongs were filled up and a notice was issued for further e-counselling to be held on March 7, 2022 for the remaining four seats in the category.

The appellants further argued that when the candidate was careless and had missed the bus, other candidates in whom a right may have vested to participate in the process of obtaining a seat, could not have been prejudiced.

Decision of the Court:

The Court observed that ordinarily, when there is no mistake on the part of an authority to do a thing that was required to be done, the indulgence shown to the writ petitioner as in the instant case may not have been warranted. However, under the circumstances, the last of the four remaining candidates did not opt for the final seat in the reserved category at NEIGRIHMS.

It added that though there is no doubt that the wait-listed candidates would, thereupon, be offered a chance to apply for and obtain such seat. However, in such scenario no right vested in the wait-listed candidates. In the peculiar facts of the case, the writ court exercised its discretion to allow the writ petitioner to be offered an opportunity to participate in a further process of counselling, particularly since no right had vested in any other.

The Court pointed out that in an 'intra-court appeal', the degree of interference with the discretion exercised is quite limited than when appellate authority is exercised over orders emanating from the district judiciary. Accordingly, it held,

"There was an element of discretion available to the writ court, considering the peculiar facts of this case; and, though the fundamental principle that ought to have guided the writ court was that upon a default being committed by a candidate, whatever be the circumstances, the consequences of the default must rest with the candidate, since the last placed candidate among the remaining four in this case, quite fortuitously, did not accept the seat, a window opened up for the writ petitioner which has been offered by the writ court in exercise of its discretion. In the circumstances in which the discretion has been exercised, it cannot be said to be perverse."

Consequently, it concluded that though it does not appear that any right vested in any waitlisted candidate has been prejudiced as a result of the impugned order; however, if any of them lodges a challenge and succeeds, the consequences have to be borne by the writ petitioner. To such extent, the writ petitioner's admission, if at all, will be provisional for a period of six months from date.