Disciplinary Proceedings Can Be Quashed In Entirety Only When 'Show-Cause Notice' Is Bad: Meghalaya High Court 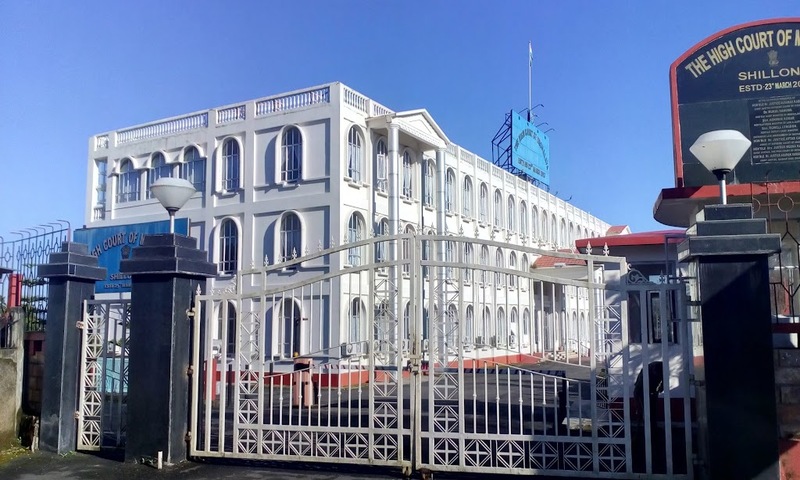 In an interesting judgment, a Division Bench of the Meghalaya High Court comprising of Chief Justice Sanjib Banerjee and Justice W. Diengdoh ruled that 'disciplinary proceedings' should be sparingly quashed in their entirety, only when the 'show-cause notice' leading to such proceedings is bad.

In other words, they should only be quashed in their entirety, when the proceedings were bad ab initio. The Bench held,

"Such a drastic order may be passed, but only upon the forum recording a satisfaction that the very show-cause notice on the basis of which the disciplinary proceedings were initiated was bad. Judicial precedents instruct that it is a tall order for a show-cause notice to be quashed, just like an FIR may be quashed only in the rare case when no ingredients of any offence is made out therein."

The petition under Article 226 of the Constitution was filed against an order dated March 15, 2019 passed by the Guwahati Bench of the Central Administrative Tribunal. Therein, the respondent had challenged a punishment order of removal from service handed down to him by communication of March 25, 2016. The final order in the disciplinary proceedings also found that the period during which the respondent was absent would be treated as 'unauthorised absence' from duty and the salary and emoluments paid would be recovered.

The Tribunal noted that though a semblance of disciplinary proceedings was attempted but no proper inquiry was actually conducted against the respondent. According to the Tribunal, the respondent was not given any opportunity to defend himself nor he was furnished with the record of pleadings on which the charge was founded. Accordingly, it quashed the aforesaid communication dated March 25, 2016. It also directed that the respondent may be reinstated with immediate effect with all consequential benefits.

The present writ was then preferred by the Centre.

The Court noted that the order of the Tribunal threw light on procedural lapses that resulted in serious prejudice and the respondent herein not being afforded an opportunity to adequately defend himself. However, the order did not refer to the proceedings being bad ab initio. Further, there was also no observation as to the 'mendacity' of the show-cause notice issued or the charges forwarded or the statement of imputation of conduct pertaining thereto.

Therefore, it appeared to the Court that what the Tribunal intended was to only quash and set aside the order of punishment and not quash the proceedings entirely; but it failed to expressly give leave for the employer to continue with the disciplinary proceedings from the show-cause stage or from any other subsequent stage.

Ordinarily, the Court noted, when an order of punishment passed on the culmination of any disciplinary proceedings is challenged, there are, primarily, three avenues open to the forum looking into the validity of the action or the punishment awarded:

(i) the challenge may be repelled;
(ii) the punishment may be undone or reduced;
(iii) the proceedings may be quashed in full or in part, with or without liberty to start afresh or from a specified stage.
In the present case, the third limb that was resorted to.
However, the High Court ruled that such a "drastic order" (of quashing the entire proceedings) may be passed only upon the forum recording a satisfaction that the show-cause notice itself on the basis of which the disciplinary proceedings were initiated was bad. Otherwise, the it would not be wise for Tribunals/Courts to do the same, as that should be sparingly done.

Accordingly, the Court modified the order dated March 15, 2019 passed by the Tribunal, by not interfering with the part which quashed the penalty and the final order passed in the disciplinary proceedings, but by granting leave to the writ petitioner-employer to continue with the proceedings from the stage of the reply to the charges having been filed by the respondent.

Further, it directed that if no reply was used, the respondent will be entitled to furnish his reply within two weeks of the employer calling upon him to do so. It also directed that the further proceedings will be conducted by affording a reasonable opportunity to the respondent to defend himself and clarified that any report furnished in course thereof or order passed therein should not be unduly influenced by the order of the Tribunal.