Meghalaya : Mawkyrwat District Gets Sessions Court After Separation Of Judiciary From Executive 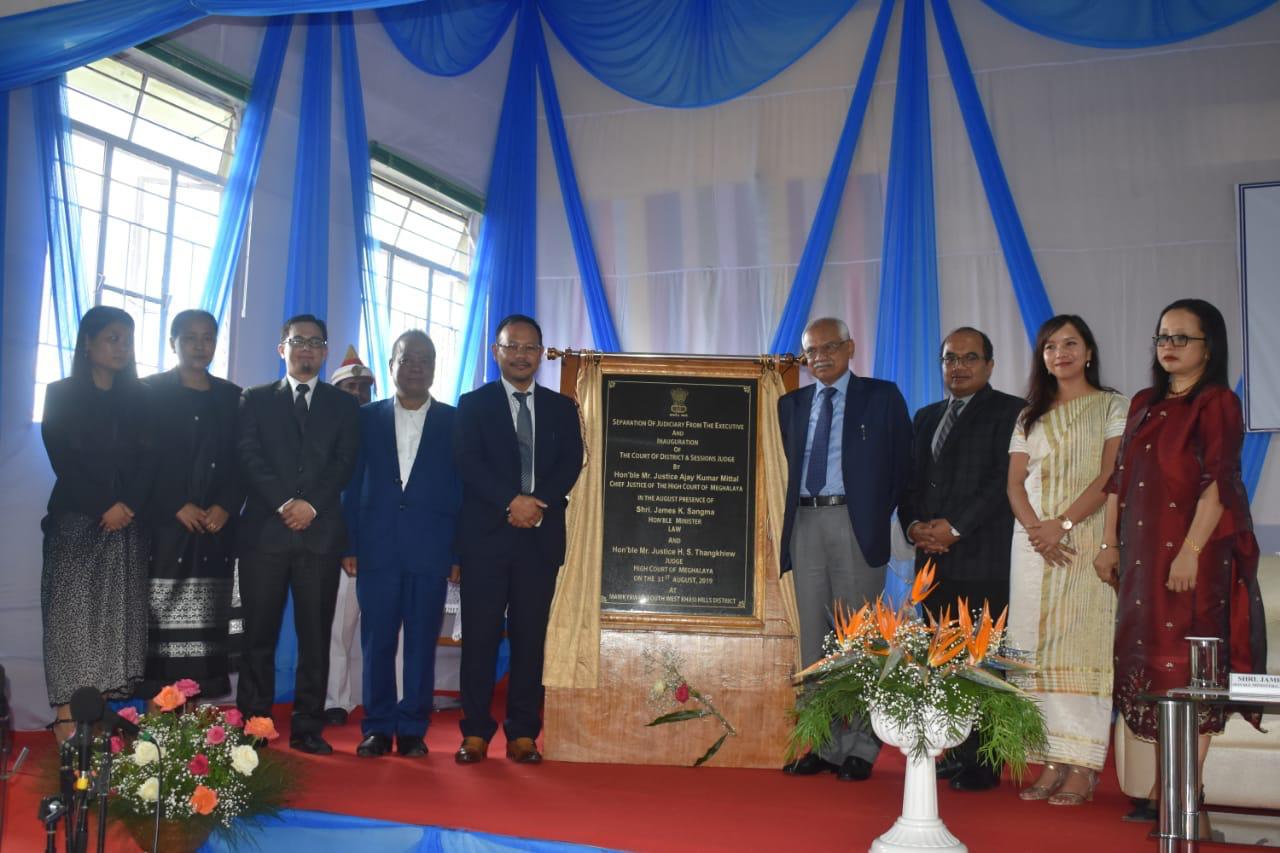 Justice Ajaya Kumar Mittal, Chief Justice of Meghalaya High Court, inaugurated the Court of Sessions and District Judge at Mawkyrwat District in Meghalaya on August 31. This marks the separation of judiciary from the executive in the South West Khasi Hills region.

In Meghalaya, cases used to be tried by the Deputy Commissioner/ District Magistrates before separation of subordinate judiciary from the executive in 2013. However, four districts including Mawkyrwat were not separated then. While the Mawkyrwat district has now been separated with the inaugural ceremony, three districts namely Khliehriat, Resubelpara, Baghmara still remain under the rule of executive and are expected to be separated by the end of this year.

This move comes in line with Article 50 of the Constitution which recommends separation of judiciary from executive to ensure independent and impartial adjudication, upholding the rule of law in the country.

Addressing the gathering, Justice Mittal said "With the establishment of the subordinate court here at Mawkyrwat, I am sure that the District and Sessions Judge along with the officers who have been posted here will shoulder the responsibility to build a solid atmosphere in dispensation of justice free from any pressure or any influence from any quarter so to ensure fair and impartial, speedy and inexpensive trial and justice".

The joint registrar of Meghalaya High Court, Albert W. Lanong, in a statement issued on August 28, had said that Justice Mittal had intensively indulged in revolutionizing justice delivery mechanism in the state in as much as he ensured separation of subordinate judiciary from the executive and infrastructural development of courts. Notably, Justice Mittal had introduced an Action Plan to reduce pendency of cases in Subordinate Courts in Meghalaya last month.