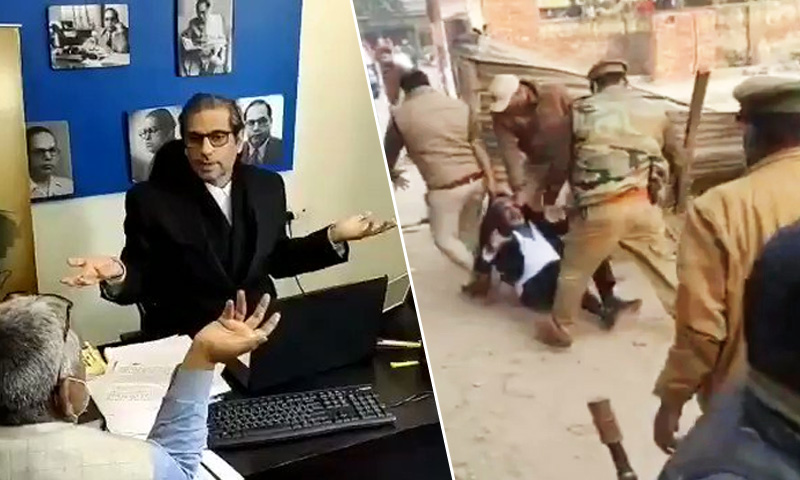 In a unique development, a Delhi Court on Saturday appointed the youngest counsel in the Court to be the local commissioner under whose supervision the process of seizing and sealing of the computer source from Pracha's office will be undertaken by the IO in the matter.

The court also directed that the fees of Rs. 25000 towards the appointment of Local Commissioner shall be borne out by the applicant i.e. Mehmood Pracha.

Advocate Avneet Kaur, enrolled as an advocate in the year 2020 was appointed by the Court as the Local Commissioner after observing her to be the youngest counsel present in the courtroom.

In view of this, the Court directed the proceedings of the seizure be videographed. Furthermore, Advocate Pracha also informed the Court that he shall extend his full cooperation with the investigation agency.

"The plea of the applicant about his offer of target data in Pen drive can only be considered by the IO subject to the issue of admissibility and Court's intervention is not proper and also accused cannot dictate the IO about the mode and manner for collection of evidence in an investigation. Accordingly, in the considered view of this Court, the objections raised by applicant are baseless. Let the search warrant be executed in accordance with law subject to the safeguards as per the expert opinion."

Observing that the collection of evidence is intrinsic to the investigation and hands of the investigators cannot be tied to prevent them from Collecting Evidence, the Court held that:

"The collection of data from its source is done to ensure its admissibility during trial and it is imperative for IO to collect best form of evidence during investigation as per their own discretion."

On the issue of reliance under sec. 126 of the Indian Evidence Act (attorney client privilege) and Bar Council Conduct Rules, the Court observed that such a reliance was misplaced as same envisages voluntary sharing of data /communication by the Advocate or deposing against the client.

"However, the situation is different in this matter as the data is to be collected by the police on account of investigation in a criminal case. The plea for non-sharing of data of other clients of the applicant is beyond the scope of sec. 126 of Indian Evidence Act." The court observed.

Advocate Mehmood Pracha moved the application against the second raid conducted by the Special Cell in his office on 9th March, thereby calling the whole exercise as "completely illegal and unjustified". Pracha has been representing many accused persons in the Delhi Riots conspiracy cases that broke out in February last year.

While alleging that the sole objective of conducting the second raid was to illegally steal the entire data of the sensitive cases he has been dealing with, Pracha in his application contended that he is going to the extent of risking self-implication even in derogation of his Fundamental Right only for the sake of protecting the data and information pertaining to his clients and briefs which he is duty bound to protect as an advocate.

During the previous proceedings, Advocate Pracha had submitted in the Court that:

"It is my fundamental and constitutional right to protect the interest of my clients. To save their integrity. They have deliberately put my and my clients life under threat. This is also sensitive data. They want to act under their political masters. I cannot give such data. If you want to hang me, do it. But I cannot sacrifice my attorney privilege communication."