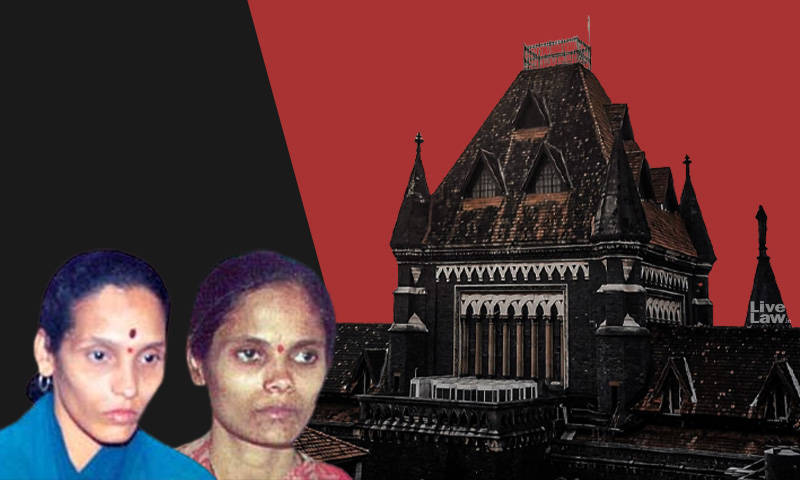 Twenty-one years after half-sisters Renuka Shinde and Seema Gavit were sentenced to death for kidnapping 13 children and murdering at least five of them, and 16 years after the apex court upheld the verdict, the Bombay High Court has commuted their sentence to life imprisonment. A division bench of Justices Nitin Jamdar and Sarang Kotwal cited the inordinate delay in disposing of...

Twenty-one years after half-sisters Renuka Shinde and Seema Gavit were sentenced to death for kidnapping 13 children and murdering at least five of them, and 16 years after the apex court upheld the verdict, the Bombay High Court has commuted their sentence to life imprisonment.

A division bench of Justices Nitin Jamdar and Sarang Kotwal cited the inordinate delay in disposing of their mercy petitions to commute their death penalty.
"The position of law that an unexplained delay in disposal of mercy petitions may result in commuting the death sentence was already holding the field when mercy petitions by the petitioners were made. Despite this legal position only due to the causal approach of the officers of the respondent state (Maharashtra) the mercy petitions were not decided for 7 years, 10 months and 15 days.

Though the procedure for deciding mercy petitions mandates speed and expediency the state machinery showed indifference and laxity at each stage. That it took seven years only for the movement of files of such a grave issue is unacceptable when electronic communications were available to be used.

The argument of the state that they should be executed today overlooks that it is the dereliction of its officers that is the cause for commuting the sentence of death sentence to life imprisonment".

"The state represents the interest of society in a criminal justice system. The respondent state has not only violated the constitutional rights of the petitoners but also failed the innocent victims of such a heinous crime".

The High Court however rejected the petitioners' prayer for release claiming they had spent 25 years in prison. Such a relief can only be granted by the state in the form of remission, it observed. It cautioned "The crime committed is heinous, the brutality shown is beyond words to condemn."
The convicts had filed a Writ Petition before the Bombay High Court in 2014, citing inordinate delay of nearly eight years before the President of India decided their mercy pleas. The Bombay HC and the Supreme Court had confirmed their death sentences in 2004 and 2006, respectively. However, it was only in 2012 and 2013 that the Governor of Maharashtra rejected their mercy petitions.

A division bench of the Bombay HC admitted their petition in 2014 itself and the State undertook not to execute them till the final verdict. The petition, however, was finally heard only through October – December 2021.

During the hearings, the court pulled up the State for not seeking circulation of the matter after the petition was admitted. The bench noted that the case was initially posted for a final hearing in 2015.

The sisters' case rests on a 2014 three-judge bench's landmark verdict of the Supreme Court in Shatrughan Chauhan vs UoI. In this case, the SC issued guidelines relating to the death penalty and commuted death sentences of 15 convicts to life imprisonment.

The court ruled that inordinate delay by the President in deciding mercy petitions amounted to torture, was violative of Right to Life under Article 21 of the Constitution, and the gravity of the offence was irrelevant.

The sisters were arrested in November 1996 from Kolhapur on charges of kidnapping 13 children and murdering nine of them. Their mother Anjana, another accused in the case, died due to an illness in 1998 itself. The sisters were convicted of killing six children by a Sessions Court. The High Court, however, upheld the verdict for murdering five.

The trio would kidnap children, starve them and use them for pick-pocketing. Once the children stopped being productive enough, they were brutally murdered. Anjana banged a young boy's head against an electric pole to stop him from crying, eventually killing him. Another child was hanged upside down. Shinde's husband, Kiran, who was also an accomplice in the crime, turned approver and was later acquitted.

Advocate Sudeep Jaiswal, who originally represented the sisters, passed away in 2019, after which Advocate Aniket Vagal stepped in last year. Vagal argued that the eight-year delay in deciding their mercy petitions was a violation of their fundamental rights under Articles 19 and 21 of the Constitution. The delay was "unfair, cruel and excessive," and it had caused "immense mental torture, emotional and physical agony to them." Therefore, the death sentence should be commuted to life imprisonment.

"They are living under the fear of death for over 20 years now," he argued.

The State, represented by Chief Public Prosecutor Aruna Pai, sought dismissal of the petitions and supported the death penalty. She also argued that there was no unreasonable delay either on the State's part in forwarding mercy petitions to the Governor or the President's in deciding the pleas.

In a detailed reply explaining how the mercy petitions travelled, the State claimed that the sisters also caused some confusion by repeatedly filing mercy petitions before various authorities.

"Whatever delay has been caused has occurred for completion of the procedure as required to be followed at each level. The delay, if any, was neither intentional nor deliberate at any stage," the State's affidavit read.