Mob 'Brutally Lynched' 18-Yr-Old Only On Cattle-Lifting Suspicion Even Though He Carried No Cattle: Tripura HC Denies Anticipatory Bail 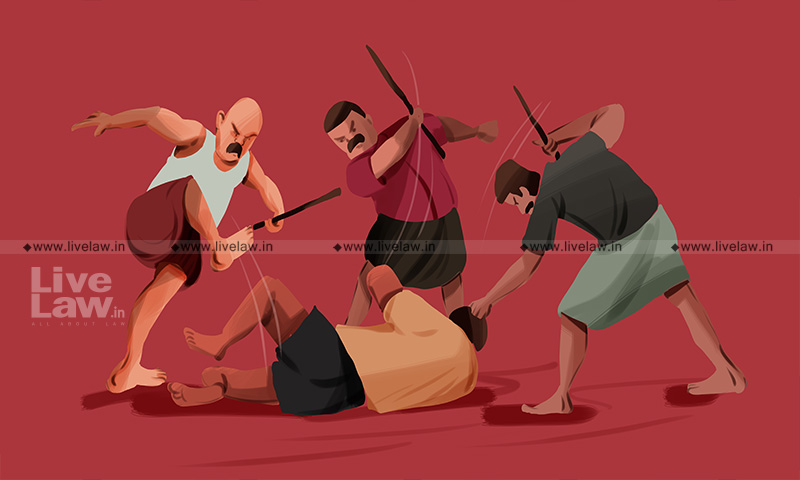 The Tripura High Court last week denied pre-arrest bail to a man who was allegedly a part of a mob that brutally murdered/lynched an 18-year-old boy, Saiful Islam on the suspicion that he was in the team of cattle lifters.

Stressing that a young boy of 18 years was brutally lynched by a mob only on the suspicion that he was a cattle lifter, even though no cattle were found in his possession, the Bench of Justice S. G. Chattopadhyay denied pre-arrest bail to the accused, one Gagan Debbarma.

As per the officer in charge of Mungiakami police station, Khowai, on June 20, 2021 he came to know that the deceased (Saiful Islam) along with his associates had stolen cattle and while they were transporting the stolen cattle in-vehicle, they were detained by the local people.

When the complainant arrived at the spot, he saw that the deceased was lying on the street in an alarming condition with several cut wounds in his body and that he was not able to speak anything.

Essentially, when the deceased Saiful Isalm was trying to escape, he was detained at Sovaram Chow Para and was brutally manhandled by an agitated mob which caused his wounds and he succumbed to his injuries in hospital.

During the investigation, police recorded the statements of some of the witnesses, and in the course of the investigation, the Bail applicant was found to be a part of the mob that allegedly murdered the deceased and thus, he was booked for the offence punishable under sections 341 and 302 r/w section 34 IPC

Filing the instant bail plea, it was argued by the Bail applicant that he was not named in the FIR as an accused and no prima facie case of the charge of murder had been made out against him and therefore, it was contended by his counsel that there was no justifiable reason of his arrest and detention.

On the other hand, the P.P. for the state argued that the deceased was brutally murdered by a mob and the statements of the eyewitnesses had revealed the name of the accused petitioner as one of the members of the mob who were found chasing the deceased and killing him.

"The eye witness version of some of the witnesses whose statements have been recorded by police in the course of investigation demonstrate that the present applicant was one of the members of the mob who was found chasing and lynching the deceased," the Court observed.

Therefore, taking into account the gravity of the offence and the fact that the deceased was brutally lynched by a mob only on the suspicion that he was a cattle lifter even though no cattle were found in his possession, the Court denied the benefit of anticipatory bail to the bail applicant.