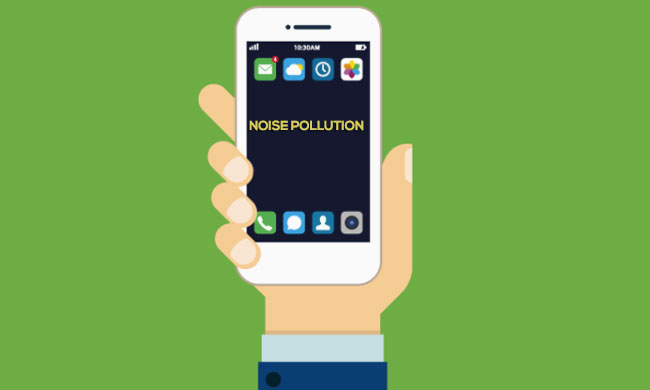 Soon residents of Goa, will be able to lodge complaints about noise pollution, in their areas, using a mobile application, the government has given a go-ahead to a private firm to develop the same, the Bombay High Court at Goa, was informed about this by the State government, on June 13.

"Info Tech Corporation of Goa Ltd. is directed to go ahead with the development of the project, including security audit as communicated by it to the Collector & District Magistrate, North Goa.", a division bench of Justice S C Gupte and Justice Prithviraj K Chavat said in the Order.

The company has said it will develop in 45 days the mobile application and it will take another 30-days, after that for carrying out a security audit.

The Citizens Committee on Noise Pollution was appointed by the court for proper implementation of Noise Pollution Rules while disposing of a suo motu petition, highlighting the issue of increasing noise pollution in the coastal belt of the state. The committee approached the court by filing an application, complaining of want of redressal mechanism to address people's grievances, about noise pollution.

The court was told by them that several efforts to complain to the Authorities, but their efforts were in vain. Thus they propagated an idea of the development of 24 X 7 App, enabling the citizens to register their complaints and the authorities to act on such complaints and curb the norm violations, ensuring transparency and in a systematic manner.

Advocate General, had told the court earlier about the government accepting the proposal. "The Government had accepted the position that this Mobile App would facilitate registration of complaints of noise pollution and expeditious actions on the part of the authorities on the basis of such complaints."