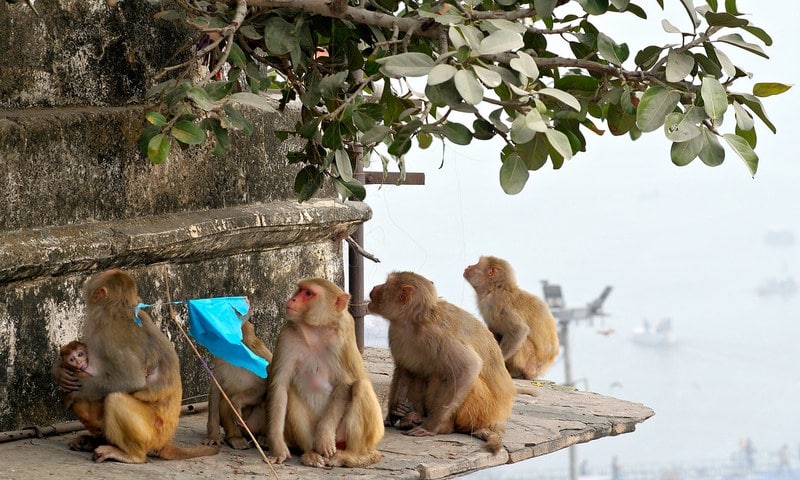 Dealing with a Public Interest Litigation (PIL) petition seeking shifting of monkeys from the city of Varanasi to the forest area, the Allahabad High Court on Tuesday directed the authorities to complete the shifting process at the earliest, and in any case not later than a period of three months.

The Bench of Acting Chief Justice Munishwar Nath Bhandari and Justice Anil Kumar Ojha also directed that the shifting of monkeys should be done strictly as per the provisions of law and proper care be taken so that the monkeys are not in any way adversely affected in carrying the operation.

"The shifting of monkeys would be an area having vegetation for their survival so that they may not suffer in any manner in shifting from city to forest area," the Court further directed.

Filing a PIL before the Court, the petitioner Maa Ganga Pukka Mahal Trust gave the details of the area where monkeys have created menace and claimed that every citizen of the city is affected apart from the tourists.

Therefore, a direction was sought for shifting of monkeys from the city of Varanasi to the forest area.

The Standing Counsel submitted before the Court that the Forest Department has been requested for shifting of monkeys in the jungle/forest as per the provisions of law.

It was also submitted that a letter for it was sent on 28th July, 2021 awaiting necessary permission for shifting of the monkeys in a forest area.

In view of the facts given by the Standing Counsel, the Court noted that that action has already been initiated by the District Forest Officer to take permission of the Chief Conservator of Forest for shifting of monkeys from the city of Varanasi.

Therefore, the Court disposed of the PIL petition with a direction to the Chief Conservator of Forest to take a decision in the matter at the earliest so that the residents of the city of Varanasi and the tourists may not be affected due to the menace of the monkeys.