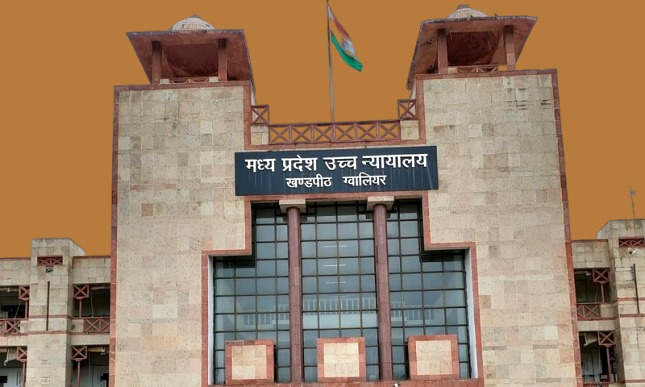 The Madhya Pradesh High Court, Gwalior Bench recently set aside bail of a man, accused of committing unnatural sex with his wife.

The Court observed that the ground taken by the lower court while granting anticipatory bail to the accused/husband that there was delay in disclosure of offence under Section 377 IPC on the part of the Applicant/wife was unwarranted and made in a casual manner without appreciating the surrounding circumstances.

"This Court cannot lose sight of the fact that a wife is slow in rushing to the police station for making complaint of each and every act of harassment or maltreatment. The first intention of the wife is to save her married life and to give sufficient time to her in-laws as well as her husband, so that the situation may improve. The patience shown by the wife should not be treated as a weakness or an attempt to create a false story. Thus, if the applicant kept quiet for one year and did not disclose to her parents about the unnatural sex committed by the applicant, then it cannot be said that her conduct of keeping mum was nothing but an attempt to explain the delay."

As per the Prosecution story, the Applicant/wife was being physically and mentally harassed by her husband/accused and her in-laws for dowry. However, in order to save the pride of her parents, she silently tolerated the harassment without sharing her agony with her parents. In addition to that, her husband was regularly asking her for indulging in unnatural sex. When the Applicant objected to it, the accused threatened to kill her. She was eventually ousted from her matrimonial home by her in-laws but she waited for 10 months before lodging the FIR in the hope of saving her marriage. Finally, she filed the FIR against her husband for offences punishable under Section 3,4 Dowry Prohibition Act and under Section 498-A, 323, 377, 506 IPC.

The husband had moved an application for anticipatory bail before the lower court and his application was allowed. Aggrieved with the said order, the Applicant/wife moved the Court for cancellation of bail of the accused under Section 439(2) CrPC.

The Applicant submitted before the Court that the ground taken by the lower court while granting anticipatory bail that there was a delay in filing the FIR as she got the offences registered 10 months after leaving her matrimonial home and 13 months after the alleged unnatural sex committed upon her, was without consideration of material facts. She argued that the Court failed to acknowledge that her first priority was to save her marriage. She asserted that if a girl is trying hard to save her married life, then such conduct cannot be taken to her discredit for disbelieving the allegations of unnatural sex being delayed in nature. She further submitted that unless and until an allegation is barred by limitation, the lower court should not have given any finding with regard to the delayed allegations at the stage of grant of bail. She also contended that the lower court committed material irregularity by observing that the custodial interrogation of her husband was not required. Therefore, she prayed the Court that the bail of her husband be cancelled.

Per contra, the husband/accused argued that the criteria for cancellation of bail is completely different from the criteria for grant of bail. He added that there was no allegation that after the anticipatory bail was granted, he misused the liberty or had not cooperated with the investigation.

Examining the submissions of the parties and documents on record, the Court noted that there were specific allegations of demand of dowry and physical and mental harassment on account of non-fulfillment of said demand-

Even otherwise, there is specific allegation in the FIR that this act of committing unnatural sex by her husband was disclosed by the applicant to her parents-in-laws, therefore, by no stretch of imagination it can be said that the applicant kept quiet about the unnatural sex committed by the respondent no.1. Further in the light of judgment passed by Supreme Court in the case of Rupali Devi vs. State of U.P. reported in (2019) 5 SCC 384, compelling a married woman to live in her parental home on account of non-fulfillment of demand of dowry is also a cruelty.

The Court, thus, noted that the lower court committed material illegality while passing the impugned order-

Looking to the seriousness of the allegations of demand of dowry as well as of committing unnatural sex with the applicant, this Court is of the considered opinion that the Court below committed a material illegality by granting anticipatory bail to the respondent no.1. Accordingly, the order dated 5/10/2021 passed by First Additional Sessions Judge, Ganj Basoda, District Vidisha in Bail Application No.407/2021 is hereby set aside.

With the aforesaid observations, the Court allowed the application and further directed the husband/accused to surrender before the police authorities.

Case Title: Meghna Agarwal Vs. Anurag Bagadiya and another