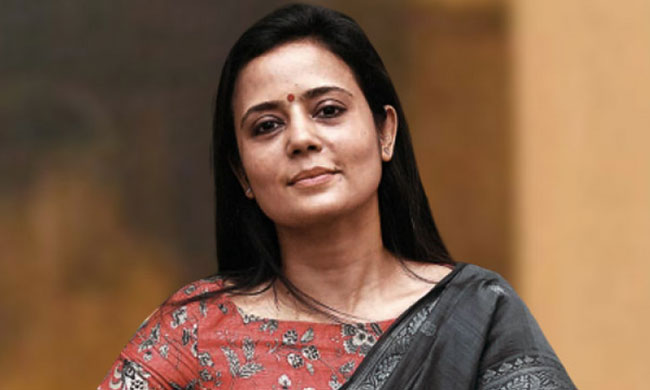 MP Mahua Moitra, who is also a member of the Parliamentary Standing Committee on Information Technology, has sought impleadment as a Respondent in the Whatsapp Traceability case being heard by the Madras High Court. The petition in public interest was filed by one Antony Clement Rubin last year, seeking linkage of Aadhaar or any other government authorized identity proof with...

MP Mahua Moitra, who is also a member of the Parliamentary Standing Committee on Information Technology, has sought impleadment as a Respondent in the Whatsapp Traceability case being heard by the Madras High Court.

The petition in public interest was filed by one Antony Clement Rubin last year, seeking linkage of Aadhaar or any other government authorized identity proof with social media accounts to curb the menace created by fake and anonymous profiles. During the course of hearing, the Madras High Court said that it was not considering the prayer of aadhaar-social media linkage and was instead considering the issue of tracing the identity of cyber criminal by ensuring better cooperation between law enforcement agencies and internet intermediaries.

Notably, a similar plea, seeking linkage of social media accounts with Aadhaar has been filed in the Supreme Court separately.

In her affidavit, Moitra advocated the preservation of fundamental right to privacy as enunciated by the Supreme Court in Justice K. Puttaswamy v. Union of India, (2019) 1 SCC 1, and expressed deep concerns over proposals to undermine end-to-end encryption of online communications and to increase traceability of users on online platforms like Whatsapp, Twiteer, etc., which were forwarded by Dr Kamakoti, Professor of IIT Madras, during the course of hearing in the matter.

Earlier, IFF had also cautioned the court that tracing the originators of Whatsapp messages would adversely impact fundamental right to privacy and urged the Court to refrain from venturing into highly complex and technical decisions regarding change of the design of an encrypted platform like Whatsapp.

Moitra particularly opposed the suggestions to publicize the phone number of the Whatsapp message originator, even to the recipients receiving forwarded messages, on the touchstone of privacy as well as technical feasibility. She submitted,

"Technically skilled persons will always be able to use simple workarounds to mask their own phone numbers, or instead link messages to someone else's number; technically unskilled individuals and laypersons will also be made vulnerable by having their contact information exposed , thereby further eroding online safety and privacy norms".

She added that permitting backdoor access to all encrypted data within Whatsapp will make it prone to "hacking and privacy intrusion" and urged the court to wait for the enactment of the Personal Data Protection Bill. She said,

"…any analysis of steps to be taken for the decryption of online communications, the linkage of government identification with online accounts, or any other abrogation of online privacy, is premature in the absence of a robust and detailed privacy legislation being used as the framework upon which such an analysis should occur".

Notably, a plea was filed by Facebook before the Supreme Court, seeking transfer of the case to the Apex court, notices had been issued wherein directing that the high court could hear the writ petition but, no effective order could be passed. Presently, the Centre's reply is awaited in the matter.

Subsequently, the high court had said that it was no longer considering the issue of Aadhaar- social media linking and was instead focusing on tackling cyber crimes by curbing fake and anonymous messages.

The petition was moved before the division bench of Justices M. Sathyanarayanan and N. Seshasayee, in yesterday's hearing.