[Muharram Procession Amid COVID] 'Fools Rush In Where Angels Fear To Tread; The Administration Failed To Rise To The Occasion': Gujarat HC Expresses Its Anguish [Read Order] 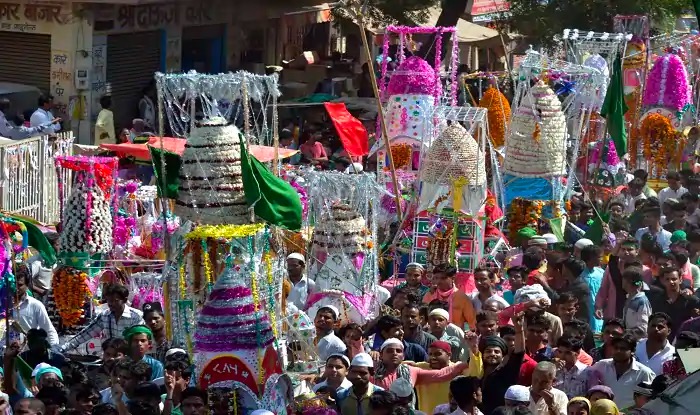 Recently, the Gujarat HC was constrained to preface its order with the afore-noted proverb keeping in mind the subject matter of this petition filed in the public interest.

Notably, the Bench of Chief Justice Vikram Nath and Justice J. B. Pardiwala was hearing a Public Interest Litigation Petition wherein the petitioner submitted that people of the city of Khambhat on 30.08.2020 took out a procession of Muharram, in spite of the fact that there are several Notifications, which have been issued by the Government authorities for not permitting to assemble in large numbers.

The Gujarat High Court also observed that "the Pandemic is spreading like wildfire, despite harsh lockdowns. We are standing naked at the shore and do not know when the huge wave of Corona may sweep us into the deep sea. We really don't know what tomorrow holds." (emphasis supplied)

The Case of the Petitioner in brief

The petitioner submitted before the Court that on 30.08.2020, suddenly at about 01:00 p.m. in the afternoon, several videos were received by the petitioner on his mobile number from his close relatives showing that members of a particular community had gathered in large number without following the social distancing and without wearing a mask and taking out the procession of Muharram.

To show that the people had gathered in large numbers, photographs of the said procession were annexed with the petition.

The petitioner also stated and submitted that only to hide their inaction, a press note was issued by the Khambhat Police Station to the effect that FIR bearing no.11215012200805/2020 registered with Khambhat city Police Station pursuant to the gathering; however as per the information received by the petitioner, no action had been taken with oblique motive.

While perusing the photographs of the procession of Muharram taken out in the town of Khambhat on 30th August 2020, the Court found them to be disturbing to such an extent that the Court was short of words to express its anguish.

"We fail to understand why people had to do this at the risk of their own lives. All those who participated in the procession not only put their own lives in danger, but also that of their family members who may be at their respective homes." (emphasis supplied)

"The result of this rash act on the part of the residents of Khambhat has brought about disastrous consequences in the form of more than 900 cases of COVID-19 positive in the district of Anand out of which 400 cases have been reported in the Khambhat town itself."

"It is too late for this Court to reprimand all those persons who joined the procession because the Muharram is over. However, if the photographs annexed with the petition reflect the actual happening of the gathering and the procession then it is a serious matter for concern.
The Court further opined,
"We propose to take a serious notice of this rash act on the part of the people by putting a straight question to the local administration, more particularly, the police machinery as to what they were doing on that particular day and date when thousands of people flocked at the mosque situated in the town and took out the procession of 3 kilometres. There is not a single individual in the crowd of hundreds of people wearing a mask." (emphasis supplied)

The Court noted that the authorities concerned were aware of the fact that with a view to controlling the spread of COVID-19, the State Government has imposed a complete prohibition on all religious activities that may involve a large conglomeration of people, across the communities, still the authorities failed to act promptly and restrain the members of the minority community from taking out the procession.

The Court also remarked that time and again, the Court has reiterated that though right to profess religion is a fundamental right, the same is not an absolute right, as the opening words of Article 25 of the Constitution of India itself makes it clear that such right is "subject to public order, morality and health" apart from being subjected to restriction under Article 25(2) of the Constitution of India, which includes the operation of any law.

Further, the Court observed that as the pandemic COVID-19 concerns with health and the Government having invoked the provisions of the Epidemic Diseases Act, 1897 and the Disaster Management Act, 2005, and placing restriction on certain activities, which includes processions, to stop the spread of the virus, the restriction would have to be considered as by operation of law.

The Court further stated the adoption of safe practices is needed to win over the health crisis. We need to understand the Art of living with the Corona Virus.

"We fail to understand why people are not ready to accept the reality and the reality is that the entire Universe as on date is facing the wrath of nature in the form of a very dreadful pandemic. We have no hesitation in recording that the administration at the level of the office of the Collector and District Magistrate, Anand as well as the Superintendent of Police, Anand failed to rise to the occasion." (emphasis supplied)

The Writ Application filed in Public Interest was disposed of with the following directions:

[1] The Principal Secretary, Home Department, State of Gujarat is directed to immediately initiate an appropriate inquiry into the matter and file an appropriate report to be placed before this Court.

[2] The Collector and District Magistrate, Anand as well as the Superintendent of Police, Anand are directed to file their individual reports as regards the unfortunate event we are talking about to be placed before this Court.

With the aforesaid, the writ application stood disposed of. However, for the purpose of reporting compliance of our directions, the Registry was instructed to notify the matter once again with the two reports referred to above on 27th November 2020 before this Bench