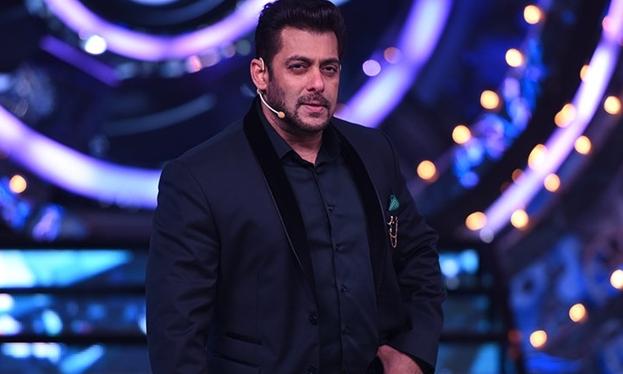 The City Civil Court at Mumbai on Wednesday restrained 'film critic' Kamaal K Khan (KRK) from publishing defamatory content against Hindi film actor Salman Khan, his family members or business associates, till final disposal of the defamation suit. Judge CV Marathe while granting ad-interim relief to the actor observed that KRK "exceeded" his limits of freedom, that his statements were...

Judge CV Marathe while granting ad-interim relief to the actor observed that KRK "exceeded" his limits of freedom, that his statements were prima facie "libellous" and that "irreparable" loss will be caused to Salman Khan if KRK was not injuncted.

Salman Khan and Salman Khan Ventures had filed a defamation suit against Kamaal R Khan for a series of defamatory tweets and videos posted by him. In one of the YouTube videos, Khan reviewed Salman's recently released Hindi film "Radhe". The footage reportedly garnered 1,85,126 views within two days.

The bench said that KRK was not in a position to justify several tweets as being "just criticism."

"These tweets/ videos do not refer to the contents of the film and very clearly lower down plaintiff no.1's (Salman's) image in society by portraying him as criminal, cheater and a person with no dignity."

The court noted that KRK offered no explanation on his tweets making allegations of fraud against "Being human," Salman's registered trademark.

"It is apparent that the said statements about the income of "Being Human" are apparently made on the basis of unfounded information. In an action for defamation, such statements cannot be ignored, particularly when no explanation is offered by defendant no. 1. Therefore, all the aforesaid statements in the tweets/videos of defendant no. 1 are prima facie libellous and actionable."

Therefore, the bench held that all the three ingredients - prima facie case, the balance of convenience and irreparable loss were in Khan's favour.

The judge made pertinent observations on the importance of a person's reputation to him. The court said that his name is extremely important to any person, irrespective of his standing in society. Calling reputation an element of "personal security", the judge said it equal to the right of liberty and personal security under the constitution.

"Reputation is "not only a salt of life but, the purest treasure and the most precious perfume of life".

"A person is identified by his name. His name may have no value to society but, would be precious to the person concerned. A good name is better than great riches. Reputation is a sort of right to enjoy good opinion of others, and it is a personal right and an inquiry to reputation is a personal injury. Thus, scandal and defamation are injurious to reputation. A good reputation is an element of personal security and is protected by the constitution equally with the right to the enjoyment of life, liberty and property."

The court further observed that in some cases a person's reputation may be more important to him than his own life.

"Speaking generally, every man is entitled to his good name and to the esteem in which he is held by others, and, has a right to claim that his reputation shall not be disparaged by defamatory statements made about him to a third person or persons without lawful justification or excuse.

Reputation and honour are no less precious to good men than bodily safety and freedom. In some cases they may be dearer than life itself. Thus, it is need for the peace and well being of Civilized commonwealth that the law should protect the reputation as well as the person of the citizen."

The bench, however, refused to grant relief in terms of the second prayer to direct KRK to pull down the alleged defamatory content on the grounds that KRK had still not filed his written statement and evidence will have to be recorded before such a relief was granted.

Advocate Pradeep Gandhy for Salman Khan argued that RKR's allegations were "without a shred of truth." He further submitted that there is no restriction to comment on a film, but KRK made personal allegations, there is nothing genuine about the posts, and they do not fall within the realm of fair comment.

Advocate Manoj Gadkari for the KRK submitted that Salman being a public figure, should be "open to criticism". He argued that KRK has merely "expressed his opinion" about "Radhe movie", and the comments about "Being Human" are accepted.

He claimed that the cause of action shown in the plaint were the so-called defamatory words used by him while reviewing "Radhe movie". Therefore, his previous posts/videos never challenged earlier cannot be pointed out.

Gadkari further said that the comments were part of "fair criticism" and if they are read in the context in which they were used, such comments do not lower the image of Salman in society. He therefore sought dismissal of the Notice of Motion.

Defendant Has to Prove Statement

In its order the judge said that "In India", it is "unnecessary" for the Plaintiff to prove the falsity of a statement. However, "it is for the defendant to prove that it is true."

The court said that the plaintiff has to prove malice to merely "rebut" the defence of privilege or fair comment, but otherwise it is not necessary in order to make out the plaintiffs' case.

"The law presumes it from the defamatory tendency of the words. In a civil action the defendant has to plead and prove the truth of the defamatory words, and not merely his belief in their truth, though honest." Ithe court observed.

However, the bench said that a "roving inquiry" was not warranted at this stage, for deciding the interim application.

"Khan (KRK), his agents and/or any person claiming through and/or under him, from directly or indirectly making and uploading videos, posting, re-posting, tweeting, re-tweeting, giving interviews, corresponding, communicating, uploading, printing, publishing, re-publishing any further or other defamatory/slanderous content and/or making any further or other defamatory content, derogatory remarks, posts, messages, tweets, videos, interviews, communications and correspondence in relation to the Plaintiffs, their business/associations, their present and future projects/films including "Radhe", members of Mr. Salman Khan's family, Salman Khan Ventures' directors, shareholders, representatives, on any social media platforms or on any other medium whatsoever, directly or indirectly."