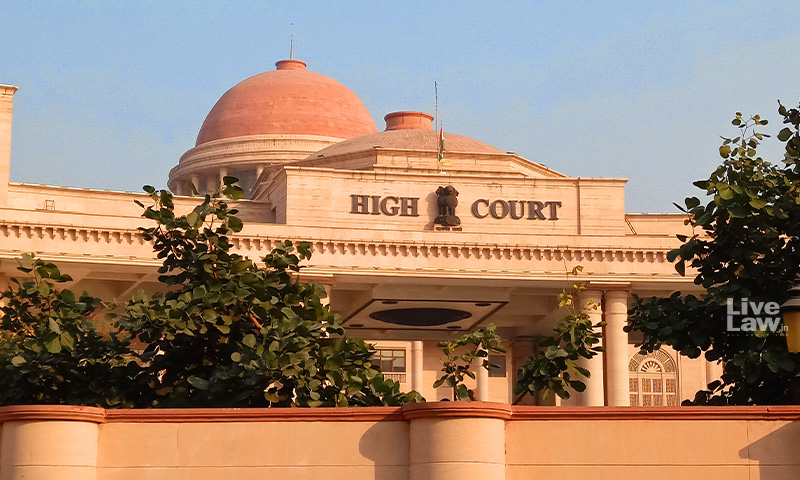 The Allahabad High Court on Tuesday commuted the death sentence awarded to 4 people in a 27-year-old murder case while noting that the case did not fall in the category of 'rarest of rare cases', warranting capital punishment.The Bench of Justice Ramesh Sinha and Justice Vivek Varma didn't agree with the opinion of the trial court that the murder was premeditated and pre-planned one. In fact,...

The Allahabad High Court on Tuesday commuted the death sentence awarded to 4 people in a 27-year-old murder case while noting that the case did not fall in the category of 'rarest of rare cases', warranting capital punishment.

The Bench of Justice Ramesh Sinha and Justice Vivek Varma didn't agree with the opinion of the trial court that the murder was premeditated and pre-planned one. In fact, the trial court had concluded that the imposition of a lesser sentence than that of a death sentence, would not be adequate and appropriate.

On the intervening night of 10-11/November/1994, the 4 appellants Krishna Murari, Raghav Ram Verma, Kashi Ram Verma, and Ram Milan Verma along with 2-3 others killed 4 persons on account of ongoing litigation related to a property dispute.

The accused/appellants were arrested and put to trial. The Trial based the conviction of appellants and acquittal of two persons on the ocular testimony of the informant Rama Kant Verma PW-1 and Uma Kant Verma PW-2, who are the family members of the deceased.

The instant Capital Sentence Reference arose out of the Reference made by the trial Court under Section 366 (1) of the Code of Criminal Procedure, 1973 to the Court for confirmation of the death sentence of four convicts/appellants.

Analysis of the evidence by the Court

Since the trial court had based its decision on the testimonies of the PW-1 and PW-2, the primary argument was made before the High Court by the appellants that the testimonies of P.W.1 and P.W.2 cannot be relied upon as they are interested and family members of the deceased and further their presence at the place of occurrence is doubtful.

To this, the High Court, at the outset, noted that if the Court is satisfied that the evidence of a family member is creditworthy, then, there is no bar on the Court in relying on such witness.

Further, the Court analyzed the testimonies of both the witnesses and observed that both of them were wholly truthful witnesses as they had furnished the same details regarding the manner of assault and while dealing with their evidence, the Court also found that their version in relation to the assault on the deceased was in consonance with the medical evidence.

The Court also noted that although P.W.1-Rama Kant Verma and P.W.2-Uma Kant Verma were extensively cross-examined, however, nothing was extracted from them which could impair their credibility. The Court also didn't find any major contradiction, either in the evidence of the witnesses, or any conflict in medical or ocular evidence that could tilt the balance in favor of the convicts/appellants.

Further, the Court also discarded the arguments put forth by the appellants that there was no recovery of weapon, there was no motive to commit the crime, and that no independent witnesses were examined to prove the prosecution case.

Discussion over the capital sentence

"In deciding whether a case falls within the category of the rarest of the rare, the brutality and/or gruesome and/or heinous nature of the crime is not the sole criterion. Court has to take into consideration the state of his mind, his socio-economic background etc. Awarding death sentence is an exception and life imprisonment is the rule."

Taking into account the rulings of the Apex Court, the High Court observed that while awarding the death sentence to the appellants, the trial Court has drawn a conclusion that the appellants had committed the offence of murder of the deceased with pre-determined mind and pre-planned manner, hence the same comes in the category of 'rarest of rare cases'.

However, the High Court did not agree with the opinion of the Trial Court that the murder was committed with a pre-determined mind and pre-planned manner.

"It is true that the manner in which crime has been committed by the appellants by Gandasa and Banka blows, is brutal, cruel and gruesome, but there is absolutely no evidence to suggest as to what could be the reason for the appellants to commit the said offence. This could be because of frustration, mental stress or emotional disorder which would be the mitigating circumstances to be taken note of," observed the Court as it concluded that the instant case does not fall in the category of 'rarest of rare cases'."

Therefore, the death sentence awarded to the convicts/ appellants under Section 302 read with Section 149 of IPC was converted into life imprisonment.