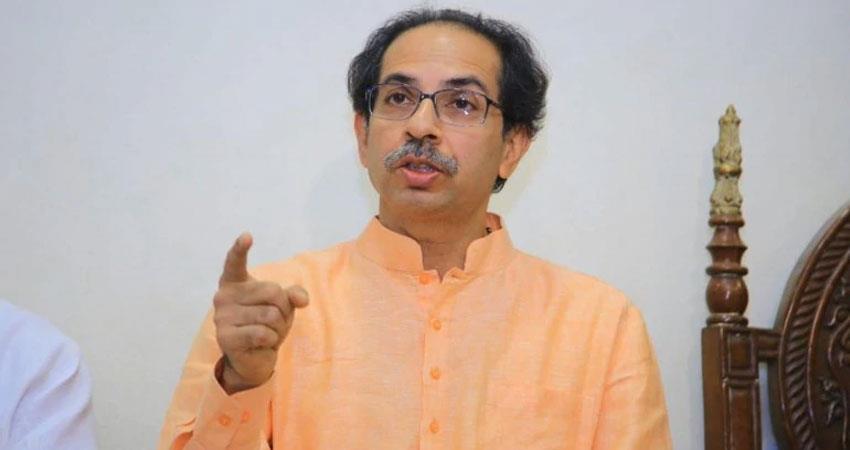 A Judicial Metropolitan Magistrate Court in Nagpur on Monday allowed the application filed by Nagpur police seeking Sameet Thakkar's custody. Thakkar was arrested after he allegedly tried to evade the police after being summoned in relation to proceedings against him for tweets against Chief minister Uddhav Thackeray and his son, the State Tourism Minister Aditya Thackeray.Thakkar's...

A Judicial Metropolitan Magistrate Court in Nagpur on Monday allowed the application filed by Nagpur police seeking Sameet Thakkar's custody. Thakkar was arrested after he allegedly tried to evade the police after being summoned in relation to proceedings against him for tweets against Chief minister Uddhav Thackeray and his son, the State Tourism Minister Aditya Thackeray.

Thakkar's lawyer Advocate Raspal Singh Renu confirmed that he was arrested on October 24 at 9 am by Nagpur Police at Rajkot, Gujarat. He was granted transit bail of 48 hours from Rajkot's local court. He was brought by road to Nagpur at 12.30am and produced before JMM Nagpur court at 3 pm. The prosecution sought police custody of 14 days however the court only granted custody till October 30.

The entire case relates to certain tweets by Sameet Thakkar made on June 30 and July 1. In the said tweet against Chief Minister Uddhav Thackeray, Thakkar had called him 'Aurangzeb' and in the tweet against his son Aditya Thackeray, Thakkar called him "baby penguin". Subsequently, a complaint was filed by Advocate Dharmendra Mishra, a Shiv Sena member at VP Road police station in Mumbai. Another complaint was filed in Nagpur in relation to the same tweets.

According to the police, Thakkar had also tweeted objectionable posts about Energy Minister Nitin Raut on July 1. Thus, Thakkar was booked under Sections 292, 499 and 500 and Section 67 of the Information Technology Act.

Thakkar moved Bombay High Court seeking protection from arrest. During the hearing on October 1, Thakkar's then lawyer Dr.Abhinav Chandrachud took instructions and made a categorical statement that his client was willing to record his statement but expressed apprehension of arrest. However, when Thakkar visited the said police station with two lawyers on October 5, he found the cyber cell team of Mumbai police there and ran away from the police station, APP SR Shinde had told the Court.

Then, during the hearing on October 9 before the bench headed by Justice SS Shinde, Thakkar admitted leaving the police station as he feared that he would be arrested. At that juncture, Court had asked Thakkar to visit the VP Road police station again to record his statement, but he did not appear in the police station. Uptil this point, the State had repeatedly assured the Court that no arrest needed to be made at this stage as a notice under Section 41A of CrPC has been issued to Thakkar, which does not contemplate arrest.

Thereafter, in the hearing on October 23, the Advocate On Record for the petitioner, Adv Raspal Singh Rebu appeared before the bench of Justice SS Shinde and Justice MS Karnik and informed that Dr.Abhinav Chandrachud has returned the brief in the case and he needs to appoint another counsel. Case was adjourned till November 3.

In the same hearing, Chief PP Deepak Thakare had submitted that Thakkar had again failed to appear before the police station despite assuring the Court in the last hearing. He went on to refer to High Court's order at the Nagpur bench in a similar plea by Thakkar after another FIR was filed at Sitabuldi police station in Nagpur against him.

Thakkar, referring to obligations of appearing before a police station in Mumbai due to proceedings there, had expressed his inability to appear before Sitabuldi police station in Nagpur. The bench of Justice Sunil Shukre and Avinash Garote had dismissed Thakkar's plea and noted-

"We can very well understand the petitioner's difficulties in running from one police station to another. But, we can't understand why he didn't intimate the investigation officer about his difficulties. We also fail to understand why he hasn't sought any modification of the high court's earlier order till date that directed him to report to Sitabuldi police every day.

It appears that on the one hand, the petitioner seeks interim relief and on the other, he thinks he needn't follow the conditions imposed by the high court under the impression that he can help himself without anybody's assistance. If this is his conduct, the bench doesn't think it would be appropriate for them to entertain this petition any further,"